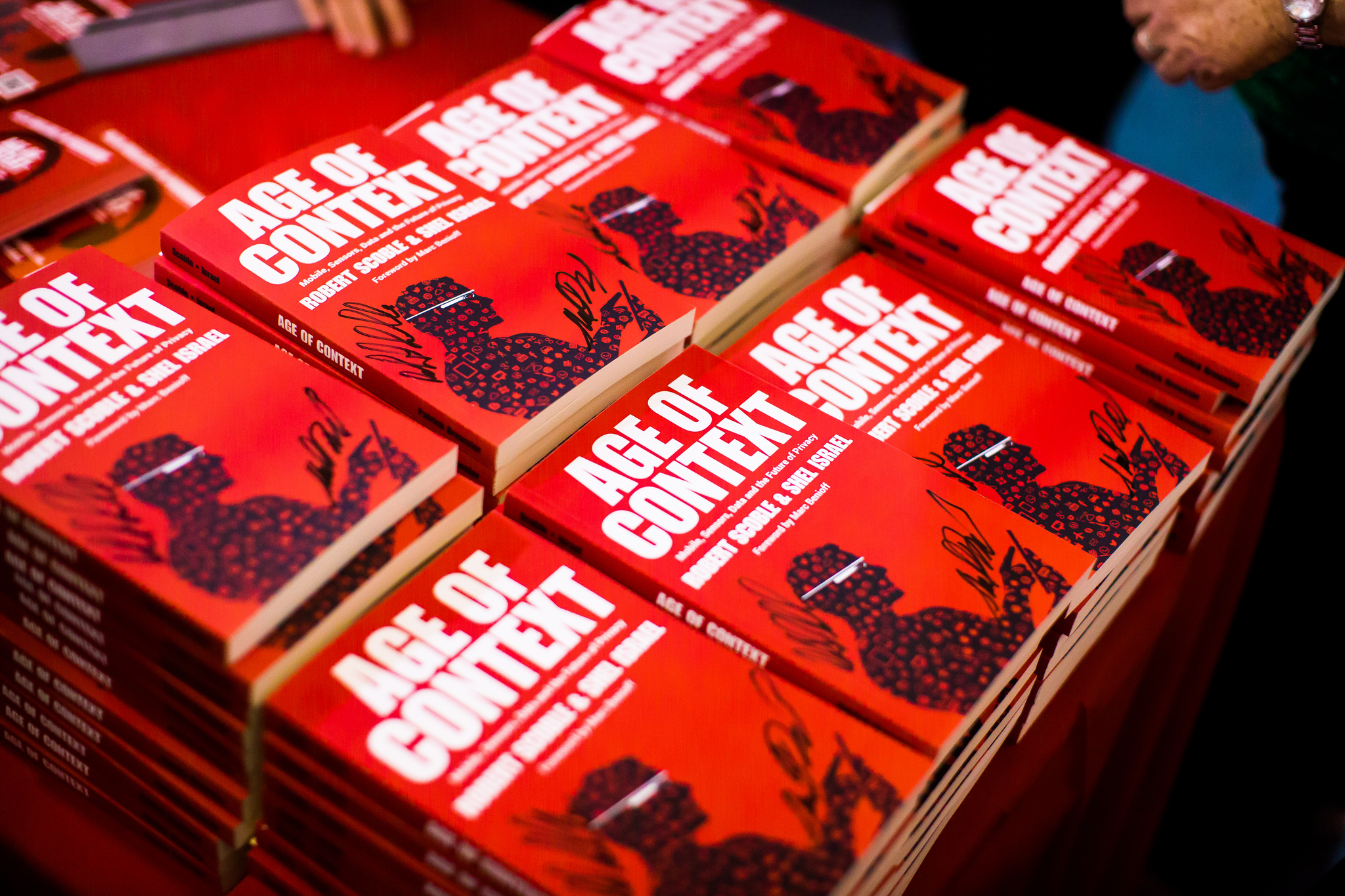 Robert Scoble and Shel Israel are this week’s tech media darlings, with release of their book Age of Context. Robert sent me an advanced PDF copy, which obliged an Amazon review (gladly given).

I reserve the punchier comments for here, if you want to skip past the block quote.

First the four-star review (I rarely give fives):

The post-PC era is a myth perpetrated by companies like Apple, which want to sell more devices. Robert Scoble and Shel Israel understand this concept and more, laying out five forces (mobile, social media, data, sensors and location) they believe will reshape everyday life over the next five to 50 years. Their tome is an ambitiousand risky—future-look. Too often books predicting what will be are wrong.

But even if all their predictions prove wrong in a decade—don’t bet on that being the case—their concept is right. Context means everything, and it will be the driving design ethic behind most every gadget developed in the near to far future.

The Age of Context is a gripping look into the crystal ball, explaining how technology will adapt to you based on wants, needs and location. But what really gives the book punch is, well, context—and that context is now. Scoble and Shel use countless current examples demonstrating the five forces and the benefits some companies deliver today.

The authors’ lens to the future is the present, which grounds the writing and makes their assertions about context all the more believable.

Apologies to the authors: I’m stingy with stars.

I started writing about context almost a decade ago when working for Jupiter Research. It is one of my longstanding hot-topic points, so consider me a critical reader and a jealous one for not taking on the task of writing such a book.

But I couldn’t have done as good a job. Robert’s travels and vlogging give him access to the kinds of people and companies that provide crucially important current examples for explaining context and looking ahead to the future.

I don’t agree with all the five forces choices Robert and Shel chose but definitely see presenting the forces as the right, ah, context for presenting the emerging age of context.

The topic is hugely challenging because people don’t often get it. Context should be so obvious a “duh” concept, but if it was fewer companies would make such dumb-ass decisions as they do. That alone is reason for someone to have written this kind of book.

But there’s an irony here that I can’t resist pointing out. How funny that the medium Robert and Shel must present context provides so little. I can think of few mediums as contextually-constrained as a print book, with ebook only marginally better. The content is static and provides little contextual experience.

I look forward to a third or fourth edition that delivers the content contextually, based on where and how you consume it. You start reading on the couch, the audio format automatically continues in the car and when you get to the office charts and graphs related to something else you are reading or watching ping your attention.

Now that is the “Age of Context”.