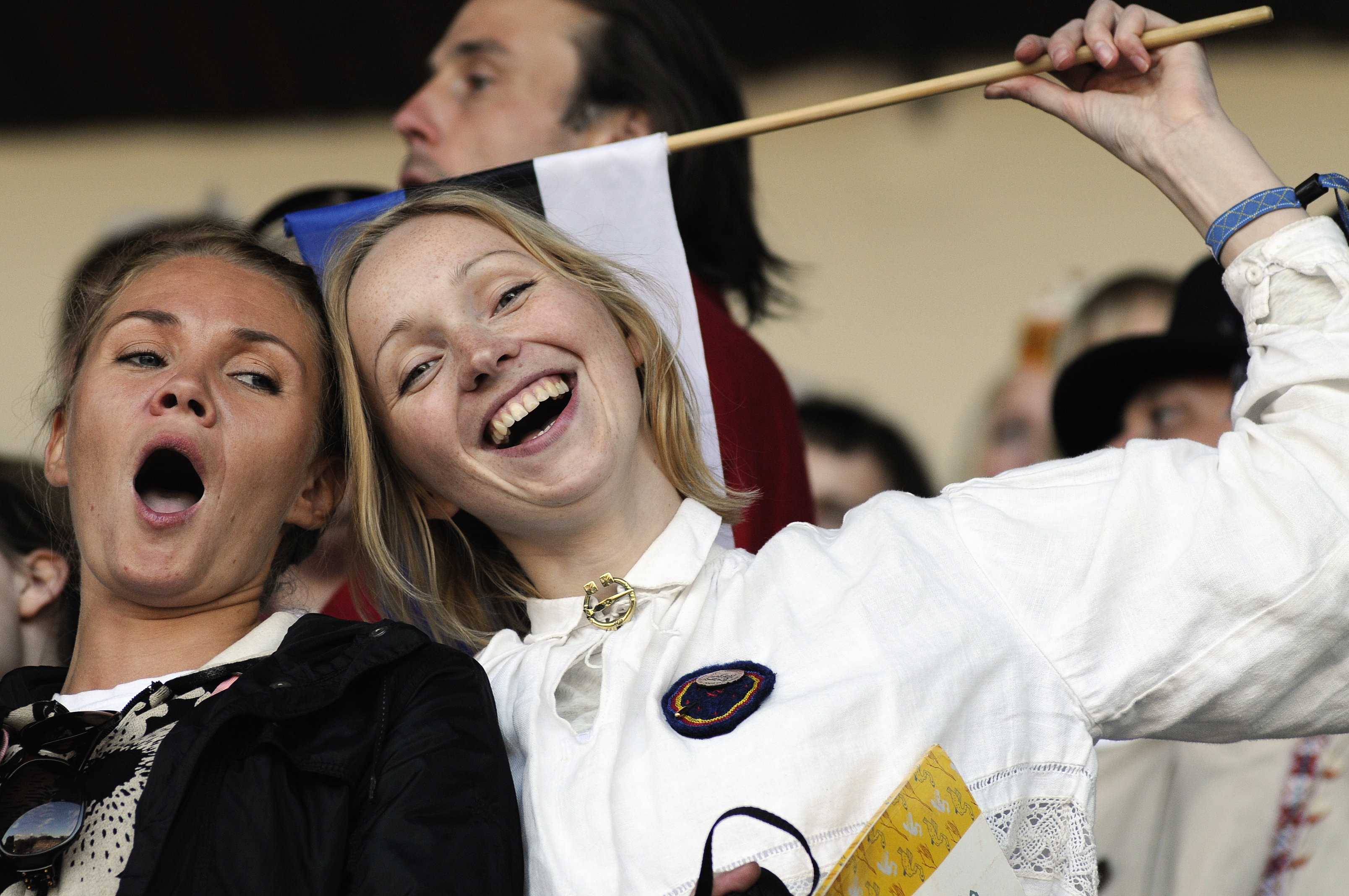 When making today’s selection, I chose culture over photography. The image isn’t representative of Mait Jüriado and his skills shooting portraits. The pic is one of 107 in his album “Estonian Song Celebration 2009“. He is from Suure-Jaani, Estonia, but lives in Tallinn, which is 149 kilometers north off the Gulf of Finland.

The amateur song festival takes place every five years, and the 2009 event marked the 25th celebration. Typically 25,000-30,000 singers perform, and there is an accompanying dance festival.

Mait explains about the photo and the festival’s history:

These two belong together like Norway and skiing, Russia and bears or England and the Oxford-Cambridge boat race. The Song Celebration tradition started in the middle of the 19th century and it has survived all of the twists and turns in Estonia’s history. It has defied the hardest of times like a frail plant that pushes its way through concrete with its inner strength and then bursts into bloom. Preceded by some local Song Celebrations, the first nationwide Song Celebration was held in Tartu in 1869.

Mait joined Flickr in March 2006, and he operates his own photography business—M&J Studios. His photo blog is a real treat. Don’t leave without clicking through to it.