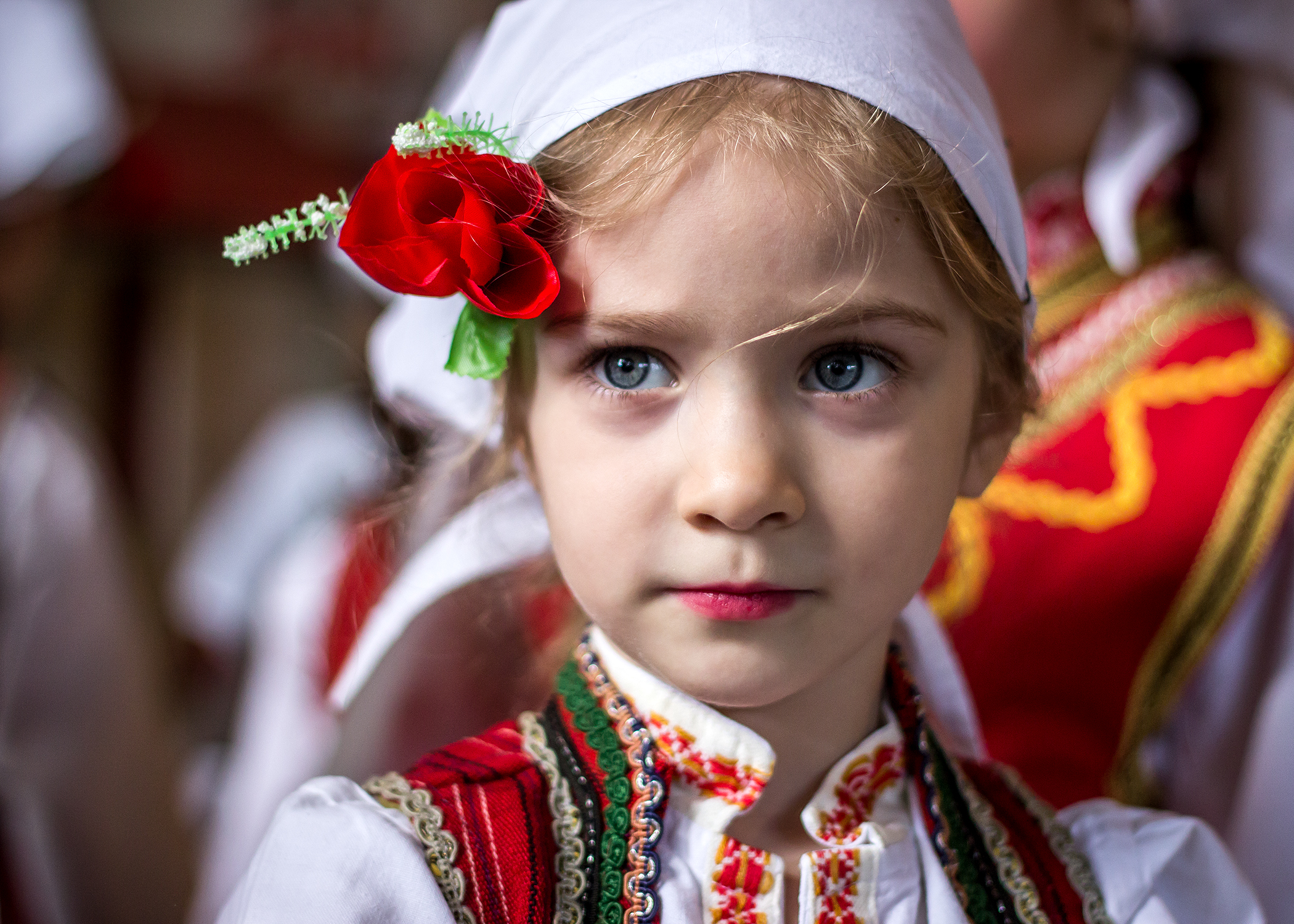 Nothing produces a portrait like a prime lens in competent hands. Marjan Lazarevski shot today’s selection on May 27, 2013, using Canon EOS 600D and EF 50mm f/1.8 II. Vitals: f/2, ISO 800, 1/500 sec. But self-titled “Folklore and Youth” takes the Day as much for the contextual storytelling around it.

Macedonians wore 70 different types of national costumes, depending on the region where people lived, such as: Skopska Blatija, Skopska Crna Gora, Upper Polog, Lower Polog, Prilep-Bitola Plain, Upper Prespa, Lower Prespa, Ohrid Plain, Struga Plain, Drimkol, Malesija, Mariovo, Ovče Pole, Malesevo, and many others. Every type of folk costume has its own characteristics, but common for all is the presence of the red, black and the white color and the geometrical shapes on it.