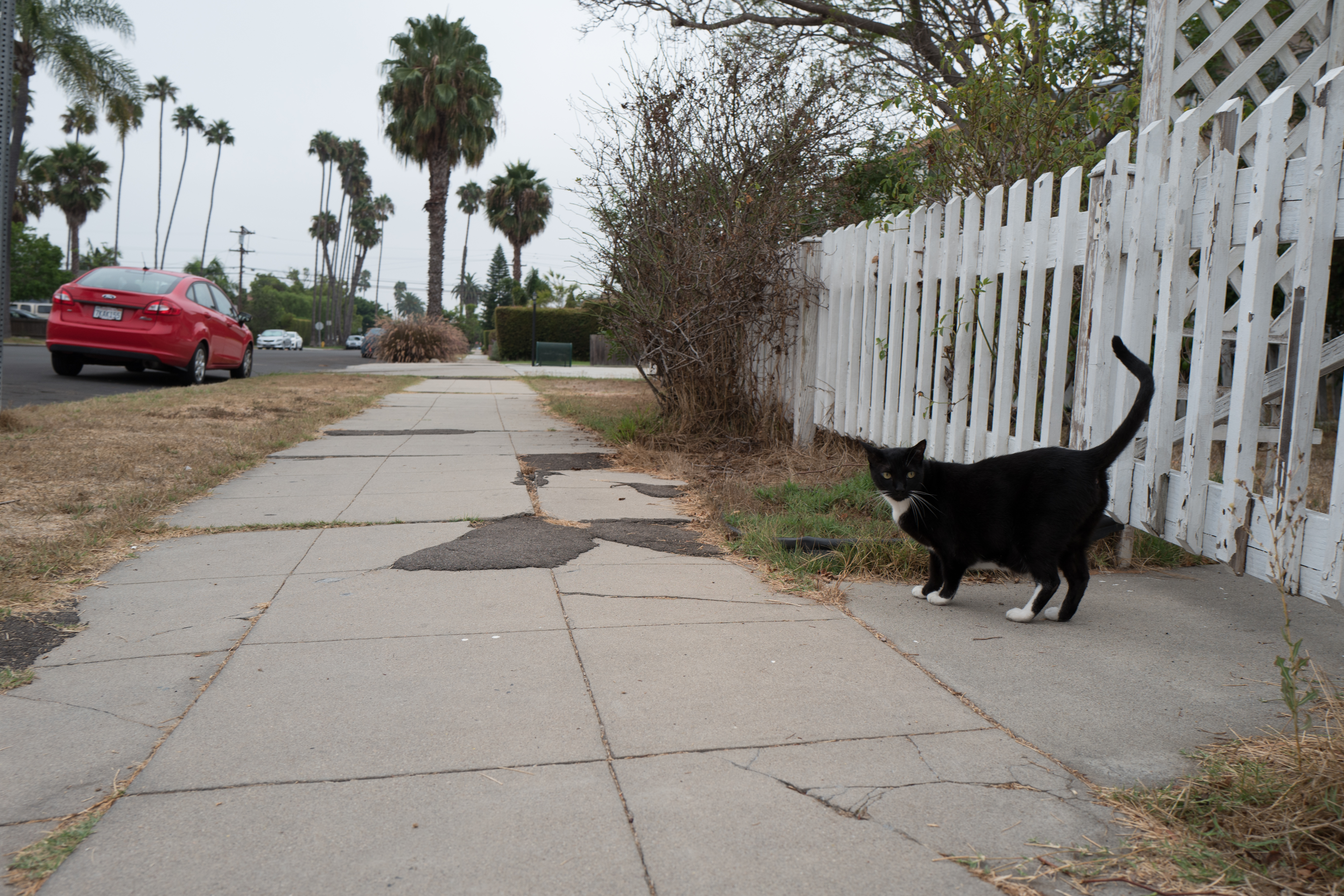 Meet the third furball seen on Sept. 5, 2017, along the same Alabama block, between Adams and Madison. While Itchy Valentino hid under a car, Goldie howled at the tuxedo, who is ninth of that color-combo featured in this series, since its start 11 months ago. 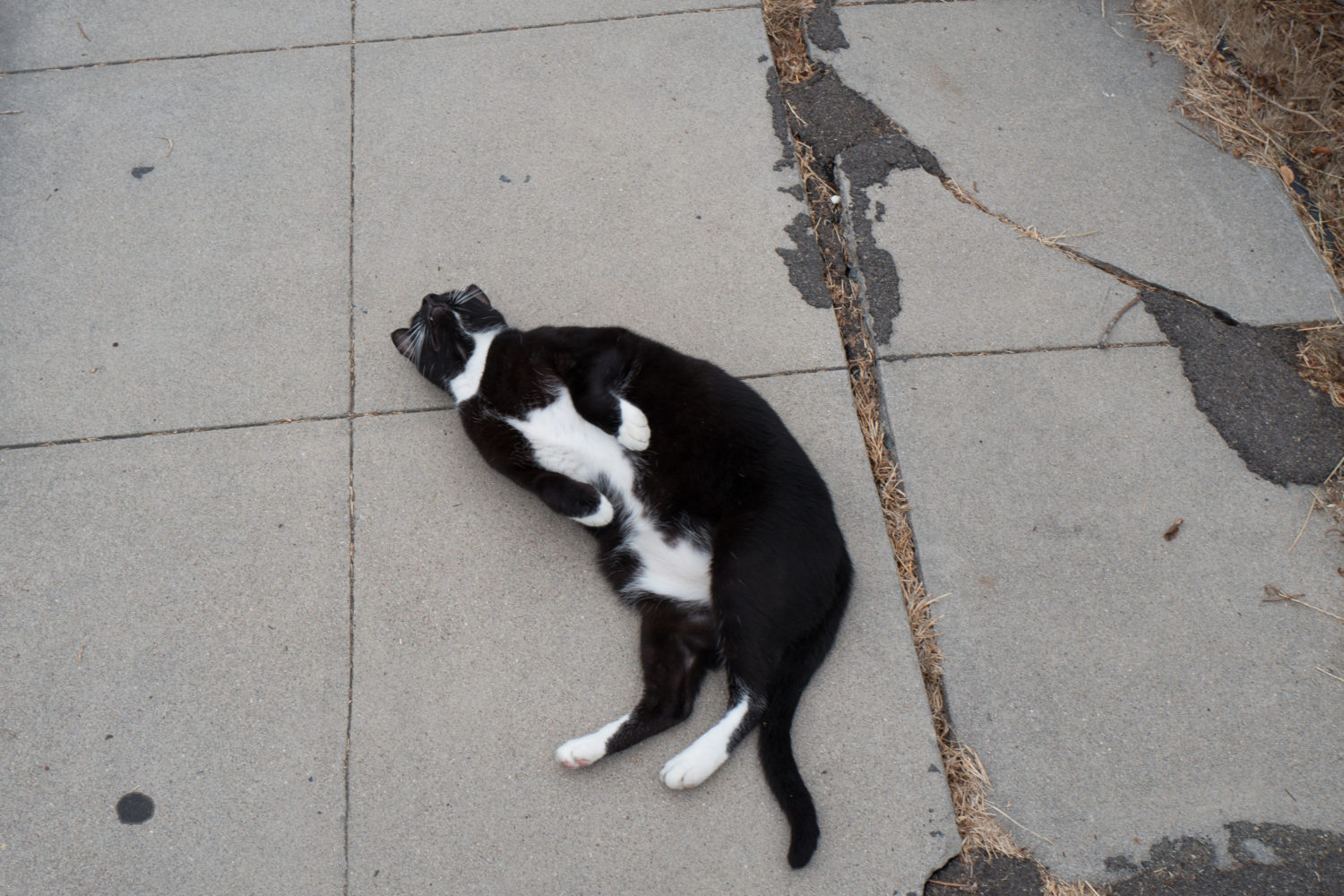 Update, Aug. 16, 2018: I met the Tuxedo’s owner, on a cloudy morning reminiscent of the first sighting—because Goldie and Itchy were out on the sidewalk, too. I had previously called the cat Nine, for number of like-coloration featured in the series, but he is Anthony. The owner’s son, now 17, chose the name. Anthony is about 8 years old.