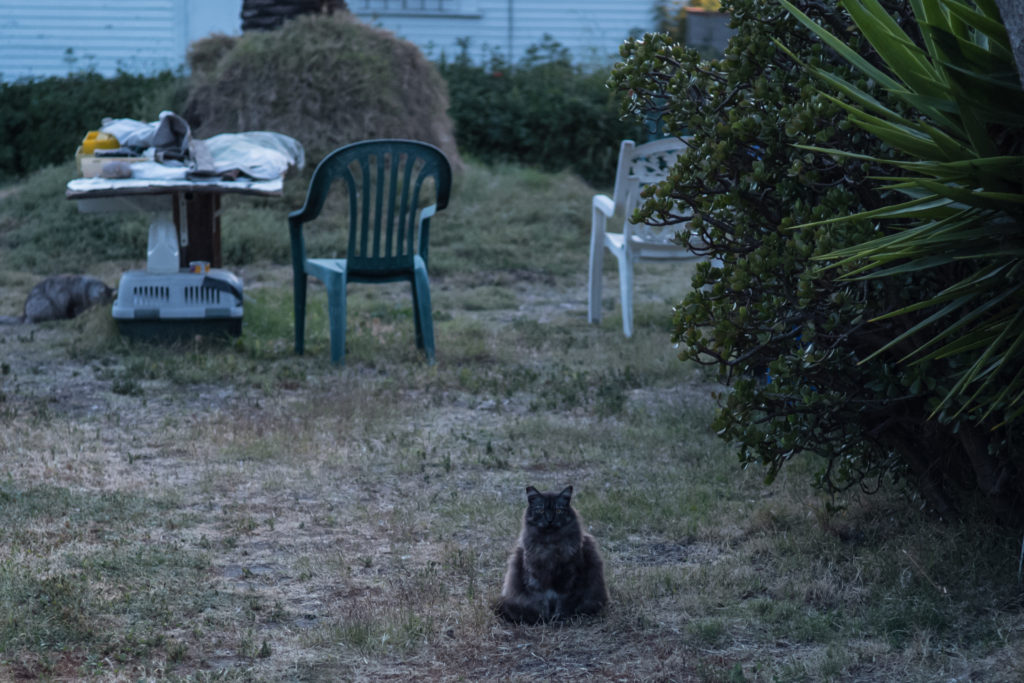 I captured the Featured Image more recently than its companions, on May 4, 2018, using Leica M10. Vitals: f/2.4, ISO 1600, 1/25 sec, 50mm. I made the portrait at 7:45 p.m. PDT, which was 12 minutes after sunset. Hehe, I should have picked higher ISO given the shutter speed, but looks like Coon sat still and my hands held steady the camera. Whew. During post-production, I decided not to dramatically boost exposure and let dusk’s diminishing light make the ambiance. In the background, you can see another big fluffer chowing down dinner. He (or she) will be next up in the series. 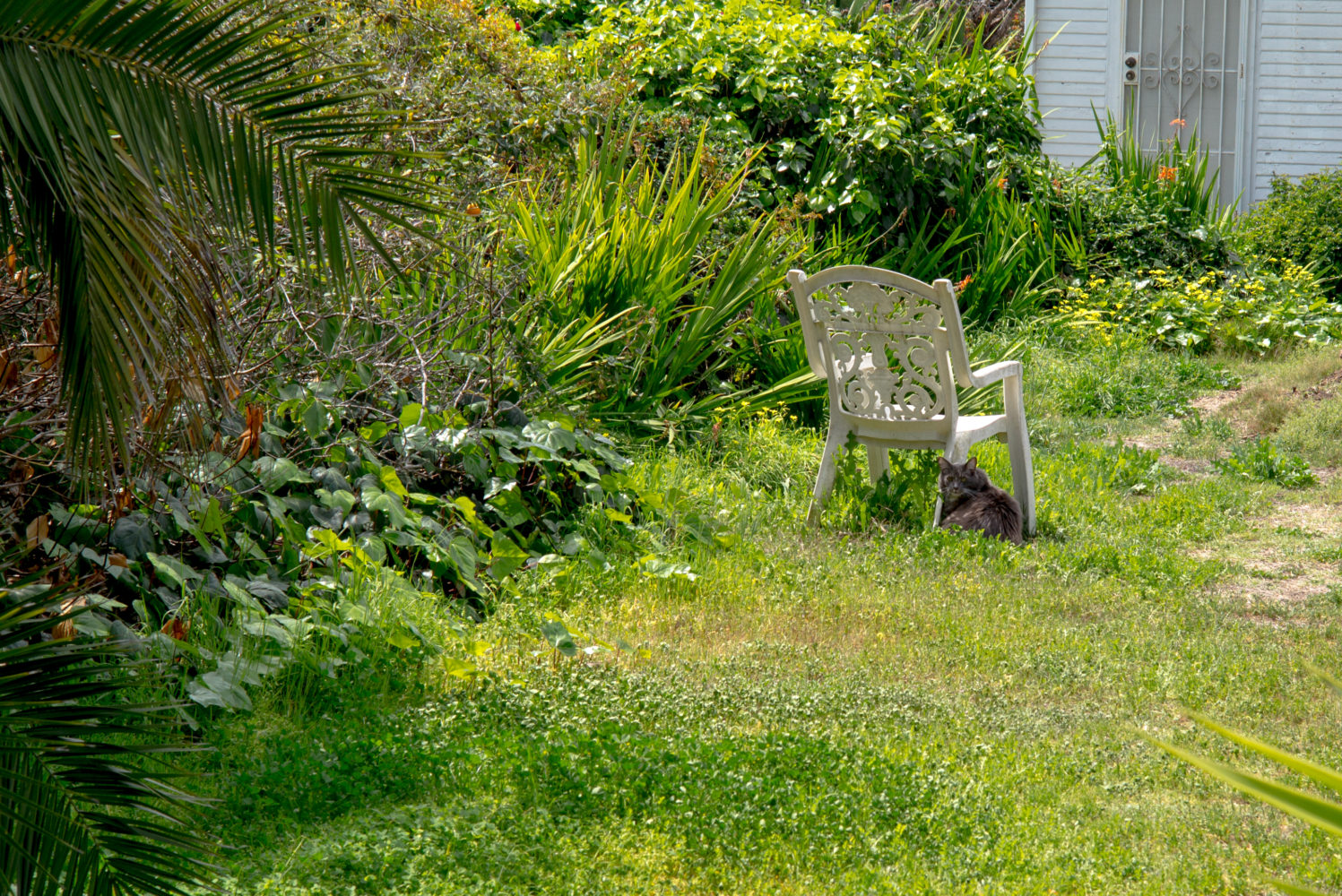 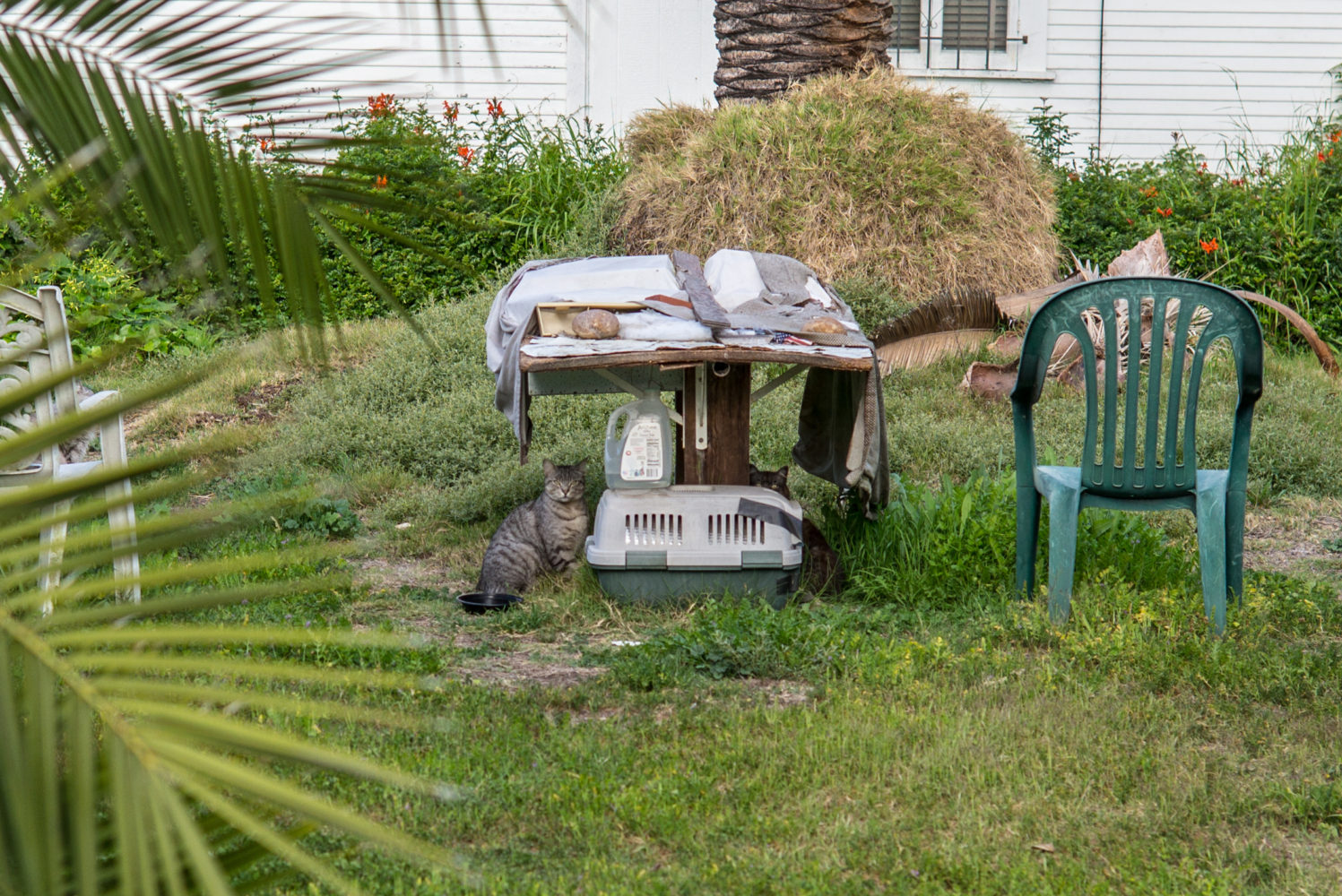 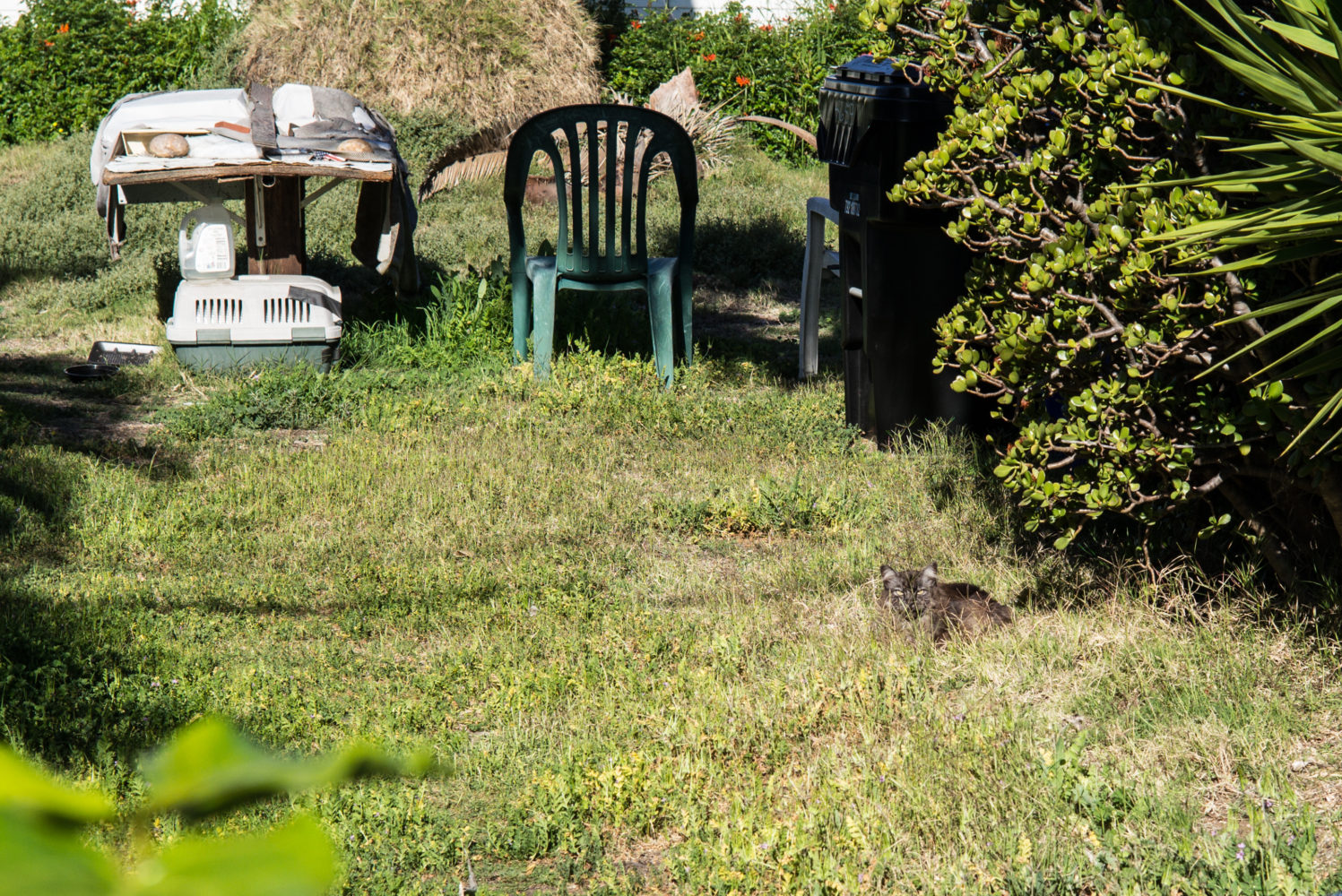 As always, you really need to click and make the photos larger to fully appreciate them.

Update, Nov. 24, 2020: Today, I met the lady who cares for the kitty—the mother to four feral kittens born seven years ago. The woman has fed and cared for the outdoor beasties in the backyard they call home but which is a property belonging to a different neighbor. Last month, the gentleman passed away unexpectedly, putting the property’s future into question and quite possibly that of Coon and Ghost, her sole surviving offspring. Sadly, Wily has died. For now, their caretaker is committed to ensuring the two are well-fed in the luscious lawn habitat that they share.