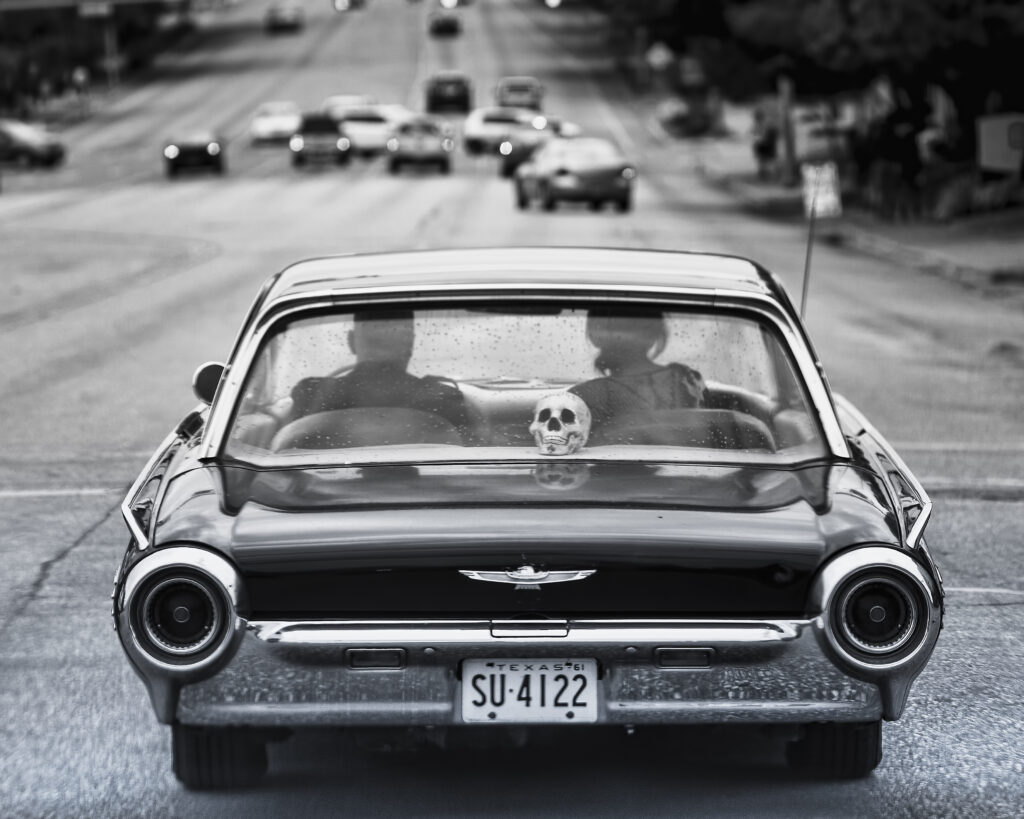 “I was riding in my brother’s truck, and I took this photo from passenger seat, through the windshield”, David says. “The skull and antique car gave this scene the feel of another world to me so I used Lightroom to convert to black and white”. Captured: along “South Congress Avenue, Austin, Texas”. He joined Flickr in August 2008 and remains active 12 years later.