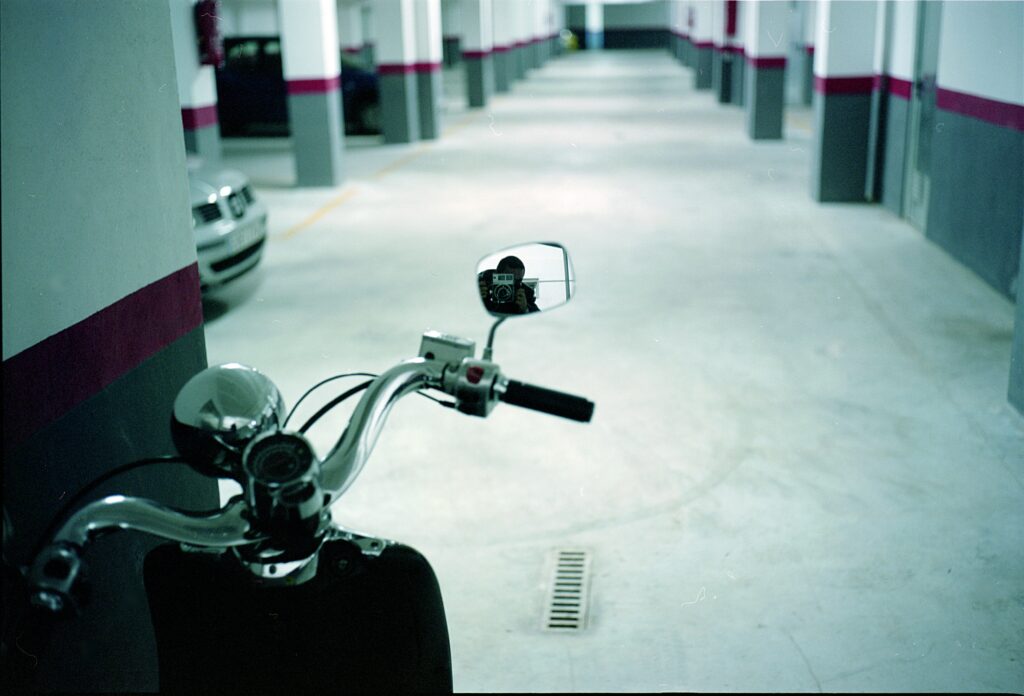 A search for “bokeh” brought me to a closeup of the Nikkor 50mm f/4 AI attached to the Nikon EM by Diego Sevilla Ruiz, who coincidentally appeared in my 2015 series with “A Perfect Day In Lisbon“. He returns with self-titled “Self, with Super-23“, which he captured on April 17, 2008; I prefer the  portrait to the shot that returned me to his Photostream—for atmosphere, bokeh, color, composition, eye-pleasing grain, and nostalgia.