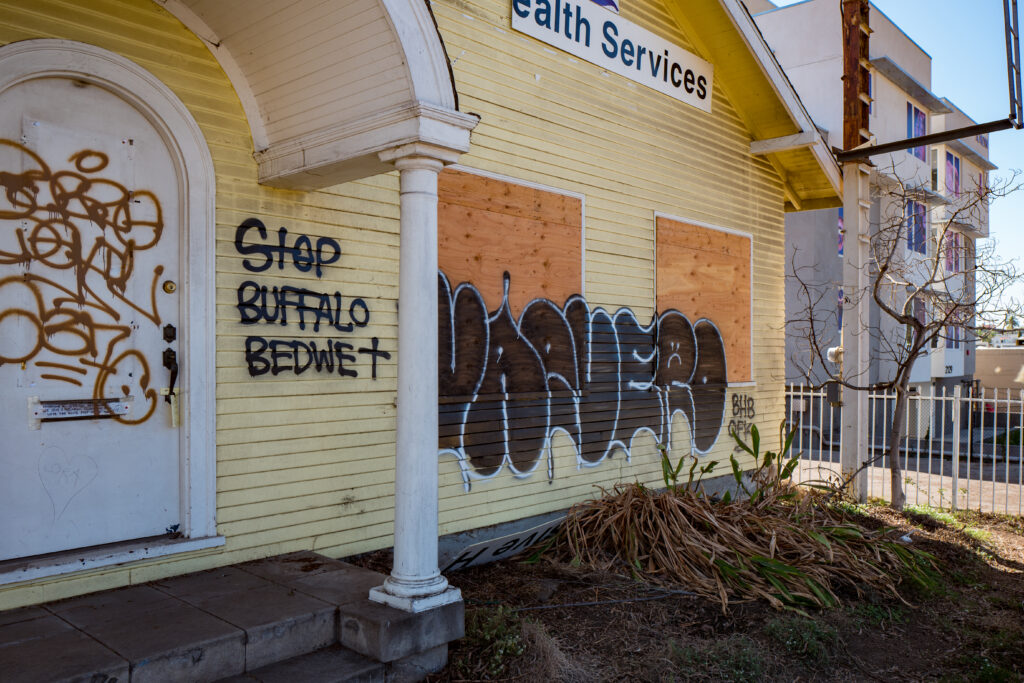 Is gone—and two others with it, a residence and auto-repair shop. The owner waged a war with graffiti artists, which he (or she) eventually won. The place was repainted several times, despite appearing to be derelict, before being leveled by (presumably) new owners. By all appearances, another fine cathedral of unaffordable housing will rise in the San Diego neighborhood of University Heights, at the corner of El Cajon and Mississippi across the street from BLVD North Park (located in UH, not NP). 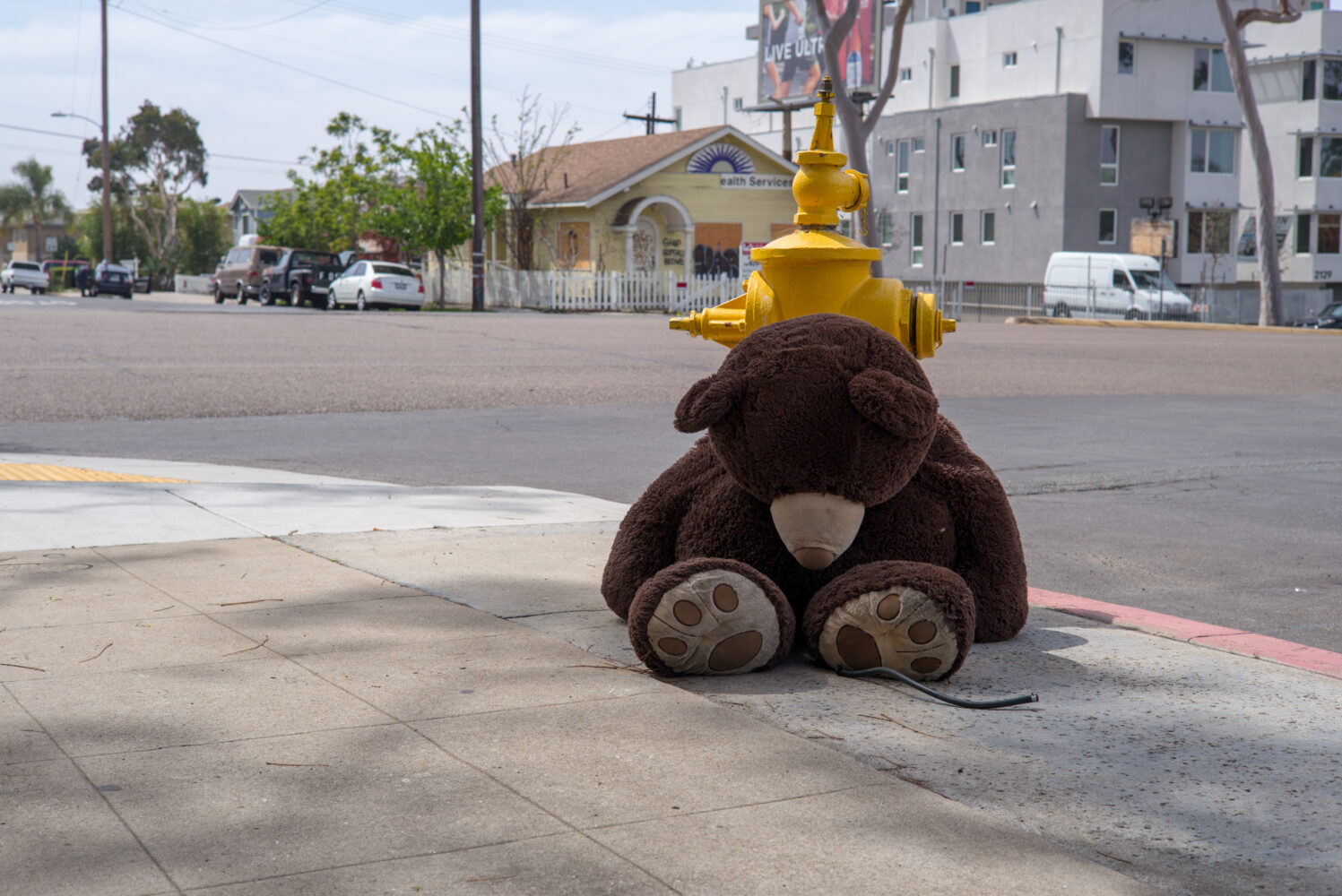 That brings us to the third pic, taken yesterday using Leica Q2. My wife and I approached the desolation zone because she had read on Nextdoor (I quit) that the buildings had been demolished. However, we came across work still somewhat in progress. Vitals, aperture manually set: f/5.6, ISO 100, 1/500 sec, 28mm; 2:41 p.m. PDT; composed as shot. 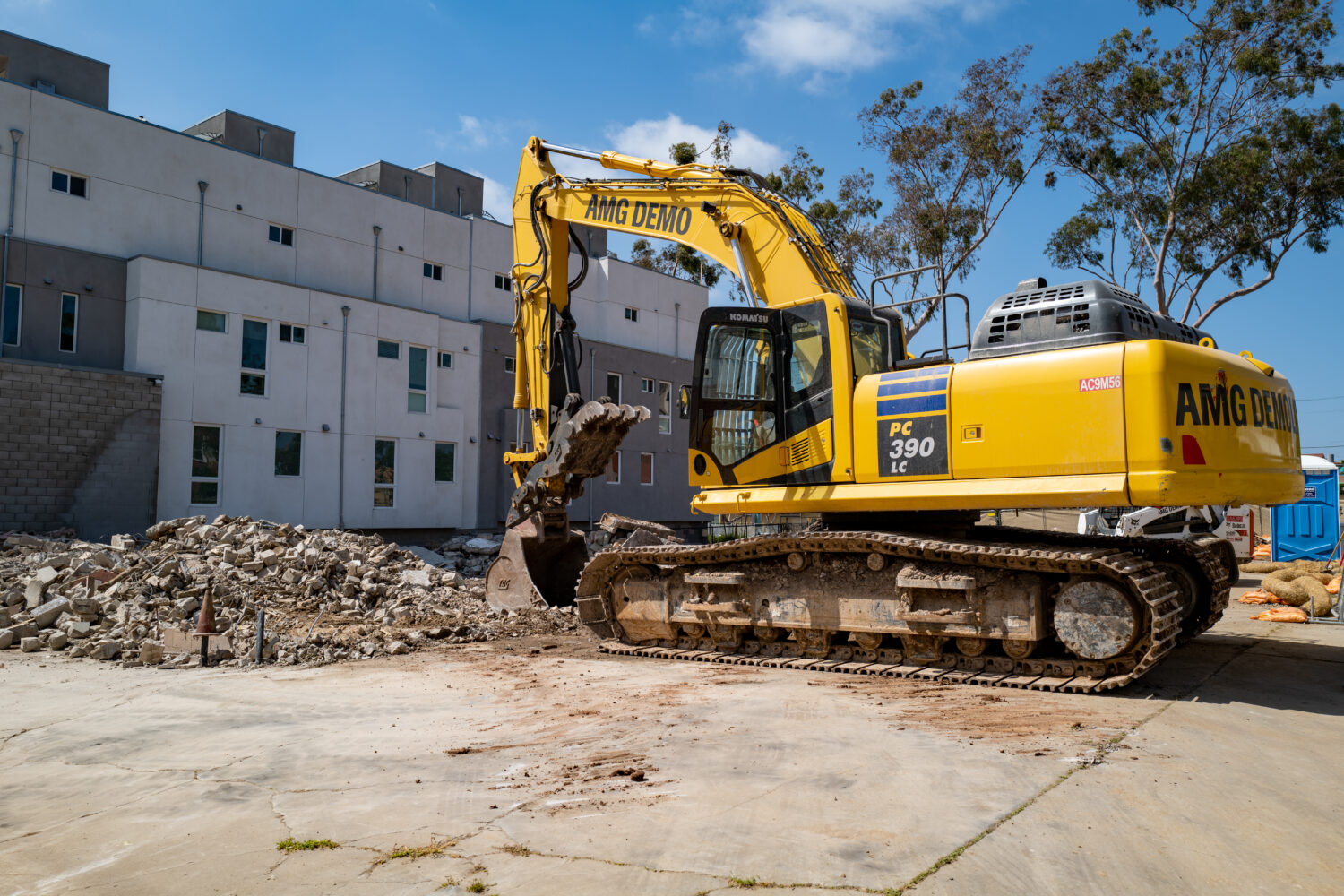 I hadn’t intended to take a photo but plans changed in response to circumstance. As we approached the construction site, one of those mini city traffic enforcement vehicles passed and parked next to a pickup truck in a metered space alongside the Lafayette Hotel. The demolition driver saw this, stopped his machine, jumped from the cab, and ran across the street just as the ticket giver arrived at the pickup. The exchange was loud, but friendly, enough that we could hear him apologize about the meter (presumably expired). He got off with a wave (lucky man); he then fetched some money from inside the vehicle and fed the meter. I used the time to shoot the stationary scooper.