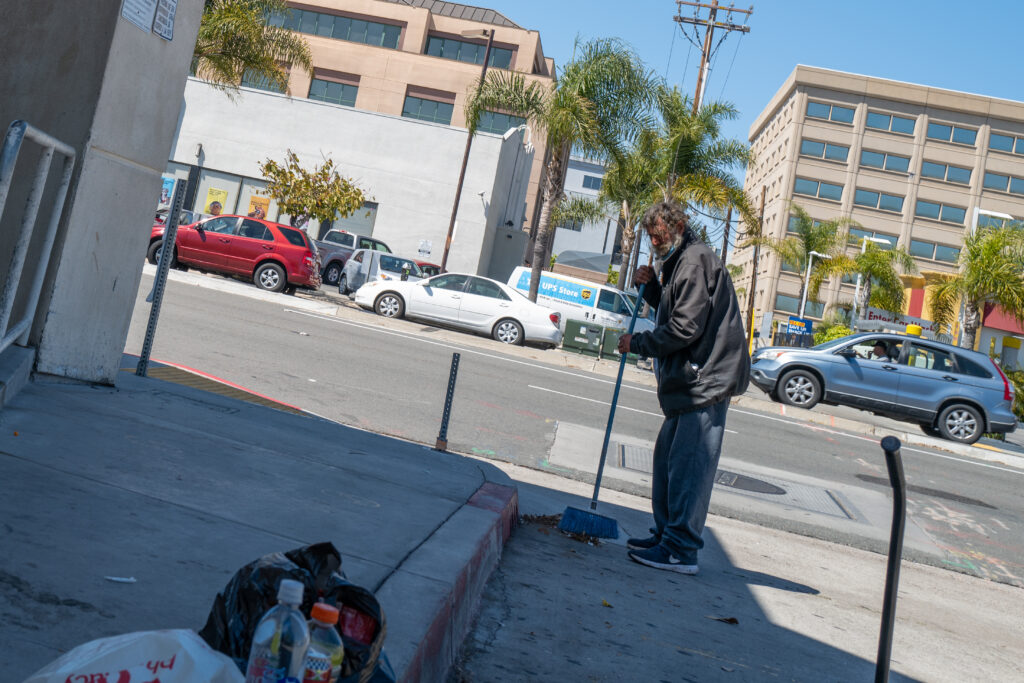 Two days ago, outside the same pharmacy where on March 18, 2021 lay a man death-like, another seemingly street-living gent swept debris and refuse. If only I had context but do not. As my wife and I entered the building, he cleaned up nearby his presumed belongings partially visible in the foreground of the Featured Image. He used a fairly good-condition broom, and there was nearby one of those jumbo, yellow, industrial dustpans—similar to this Quickie model, if not the same one. The well-weathered gentleman moved slowly about his task but deliberately.

Had I been alone and we were not rushed to go elsewhere, I would have stopped to talk with him. I wanted to know: Why was he sweeping? Did he carry gear in his stuff so as to keep clean an area where he would stay? Was he doing a chore for the store, for which he might receive compensation—such as food or money?

My guess: The last. Despite the massive governmental greenback giveaway going on in the United States—all in the name of equity—most people don’t really want freebees (go ahead, argue with me). They want to work. To earn. To be enabled. To feel free. To have sense of dignity. To feel proud. I hope to see this man again and to get his story. For this wicked Wednesday evening, all I have is speculation.