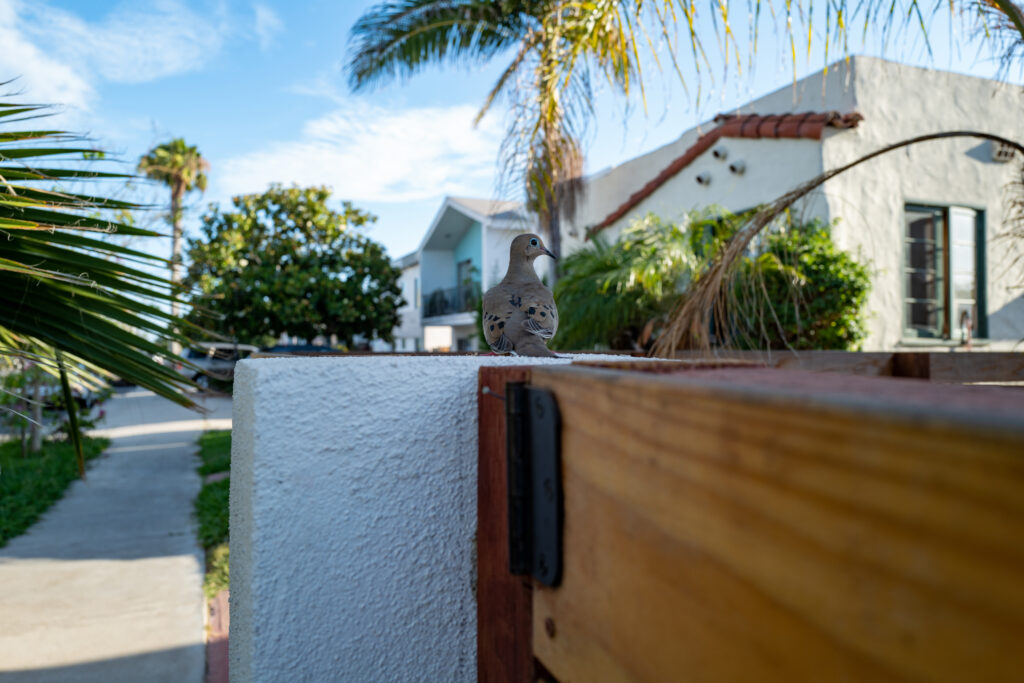 I don’t typically shoot bird portraits—yet here is another within three days (remember the seagull). But an unexpected opportunity presented early this evening. As my wife and I walked along Mississippi Street, between Monroe and Meade, in San Diego’s University Heights neighborhood, we came upon a wayward dove (correct my identification if mistaken). It made no attempt to fly off as Annie passed, so I stopped and pulled around Leica Q2.

As the shutter clicked for the first of two shots, I realized that while the electronic viewfinder presented a green outlined box indicating focus the bird was blurry. Ditto for the second (half-press), so with the dove staying still, I turned the camera’s manual focus ring and produced the Featured Image (do click the link see this one bigger).

Initially, Annie wondered if the bird waited for food. Then, as I fiddled with Leica Q2, she worried that maybe the lovely thing was injured. Funny, though, soon as I put down the camera after taking the second photo, the bird flew off—almost like it posed and waited. The portrait is composed as captured, and I did consider cropping but chose not to. Vitals, aperture manually set: f/5.6, ISO 100, 1/125 sec, 28mm; 6:11 p.m. PDT.