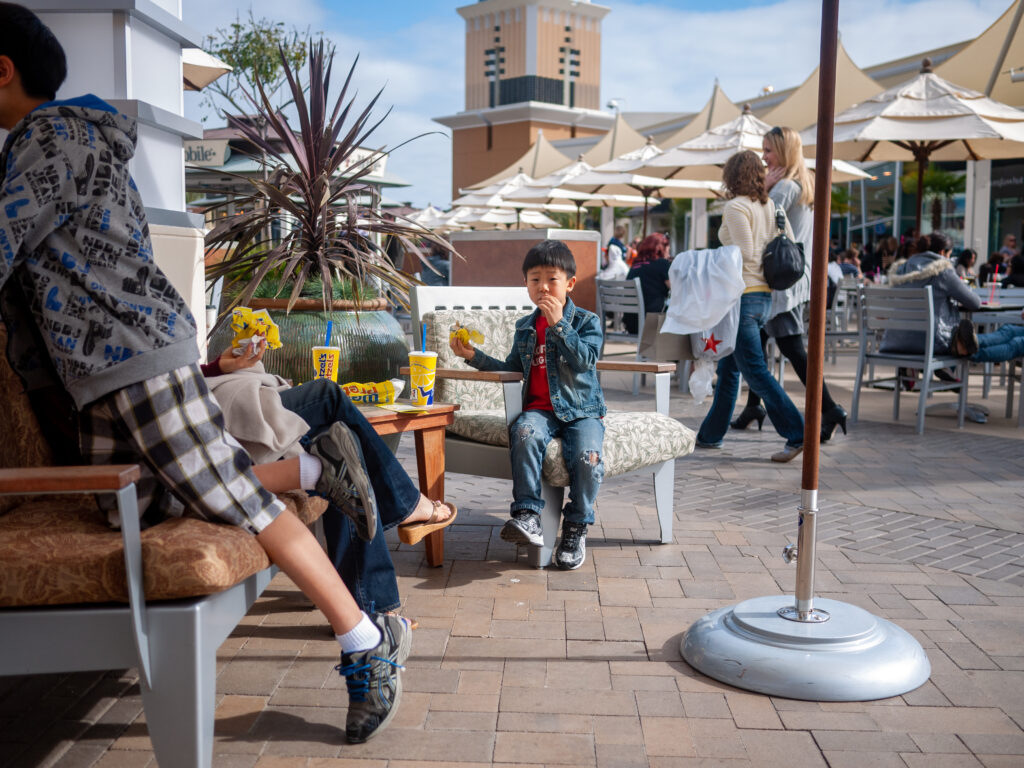 Do you remember when Micro Four-Thirds was the coolest thing in mirrorless cameras? You know, in a size and price class that the average, non-Leica-M-obsessed person could afford? I briefly owned the Panasonic DMC-GF1 outfitted with LUMIX G 20/F1.7 lens, which captured the Featured Image, on March 28, 2011. Vitals: f/2, ISO 100, 1/2500 sec, 28mm; 3:07 p.m.

A decade later, I wonder where this young man is and what he grew to be. I am sure of location: Food court at Fashion Valley Mall, in San Diego. The portrait is composed as shot, for whatever that’s worth, and processed from original RAW.