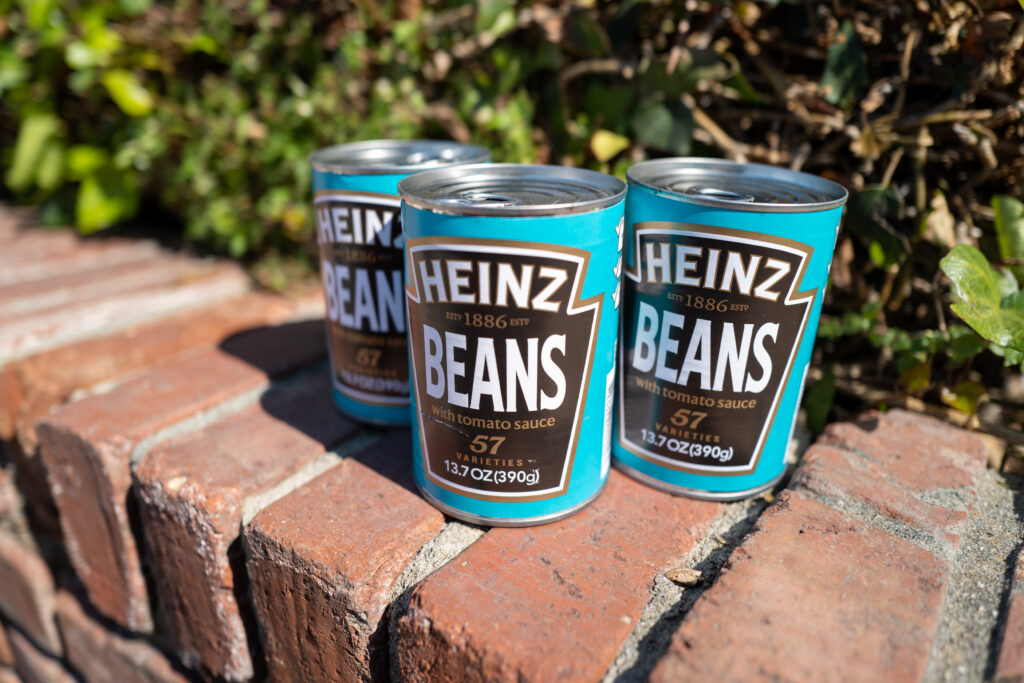 Saturday supper is a burpy (or, ah, gassy) memory for some folks back home in Maine tonight. Baked beans are a traditional meal for the day—classically cooked buried in the ground under hot coals. Growing up in Aroostook County, I remember grocery stores selling Saturday fresh baked beans and bread—by the pint or quart and loaf. Yum.

Like some United Kingdom residents, we would eat beans on toast (usually cold on hot crust), typically for breakfast. As a youngster, I saw it as poor-man’s-food when short on other options, not realizing that we consumed something quite tasty and traditional.

Baked beans remain a favorite but with few canned options to choose. For reasons of good health, I am mindful about added sugar in food. American bean brands are toxically sweet. Consider Bush’s Original with 12 grams of total sugar—eleven added—per half-cup serving. Brown Sugar Hickory: 15 grams total, 14 of which are added. Maine baker and canner B&M loads up the sugar, too, with the Original recipe laden like Bush’s. B&M Boston Best: 17 grams total, 16 of which are added. Homestyle packs even more grams: 18 and 17, respectively.

The American Heart Association recommends that women consume no more than 25 grams of added sugar per day; 36 grams for men. Gent’s, a cup of B&M Homestyle maxes out your daily allotment.

British baked Heinz is the lowest I have found. Per half-cup serving: seven grams of sugar; four added. But, being imported, the cans are pricey. For my birthday, a few months back, World Market emailed a generous discount coupon that weeks later I used to buy two 12-can cases.

So we’re stocked up—unexpectedly prepper-style—for the foreseeable future. Funny though, that status is. Summer seems so long ago, before cries of crimped supply chains and soaring prices filled everyones’ ears. That said, according to World Market’s website, Heinz beans are available at my local store for the same price paid months ago. Consider that factoid as response to the FUD-factory (e.g., fear, uncertainty, and doubt) that traditional news media has become and shameful social media always was.