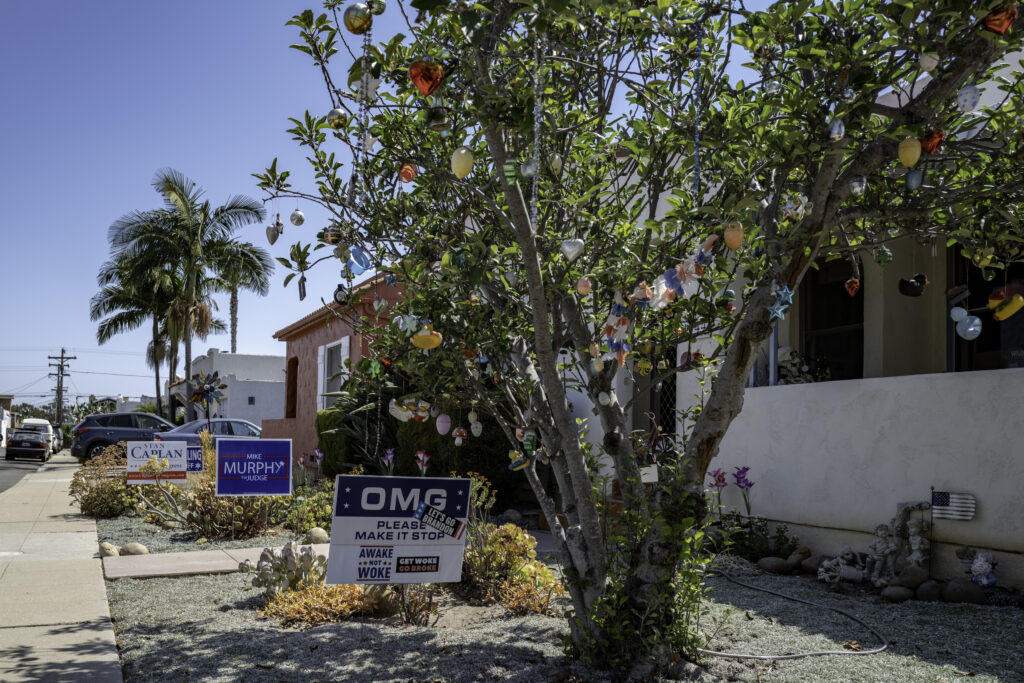 I rarely walk down Shirley Ann Place in my San Diego neighborhood of University Heights because the atmosphere along the street is so heavy, which contrasts the quaint Spanish-style abodes. Residents sure seem to be politically, and opposingly, opinionated. American flags fly from houses next to those with rainbow banners. Angry progressive rhetoric signs fill windows one place, while conservative banter fills another.

The Featured Image, taken three days after the California Primary, captures some of the rivalry when compared to this shot of the house beyond—where, in second half 2020, hung Old Glory spray-painted with BLM.

But the appeal is all that goes on here, and that’s far beyond Brandon or go broke Woke signage. Look, for example, to the skeleton on the porch or collection of rubber ducks hanging in the tree. Clutter makes this photo interesting, if you take a moment to look.