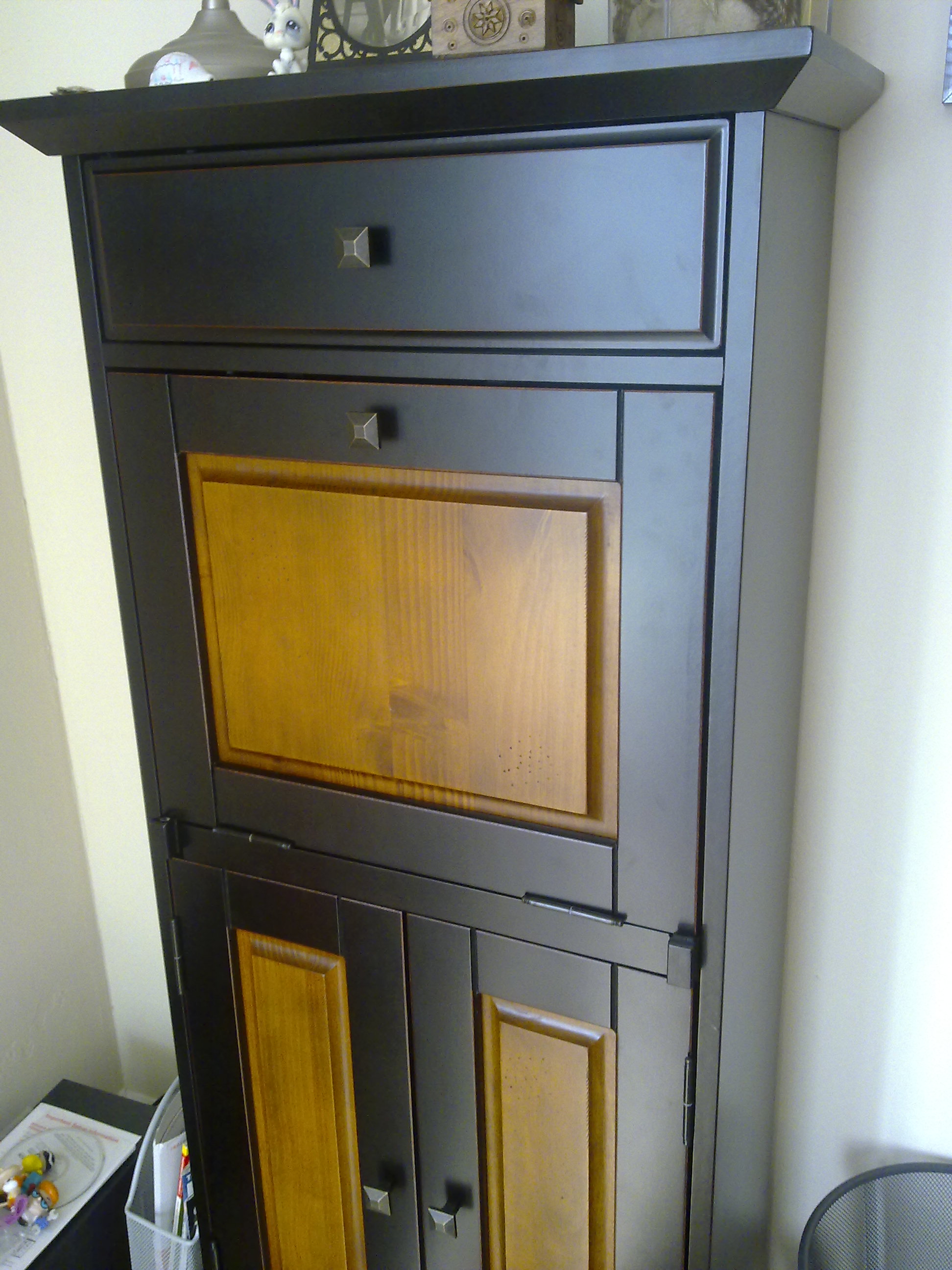 My response is usually laughter. Distraction to work isn’t the problem. Distraction from work is. It’s difficult to extricate myself from the workday. There is always one more e-mail, IM, phone call or Tweet. I work a longer day at home than I ever would in an office. Ask any successful home office worker, and they’ll admit to the same problem.

The full-time work-at-home fun started in May 1999, when I joined CNET News.com as a staff writer. Days before my start, Bell Atlantic (later to be called Verizon) swapped out ISDN for DSL. I was among the first people in the Washington, DC area to get real broadband. While at News.com, I worked in a sunny front room of our house that soaked up heat during steamy Washington summers.

In May 2003, I left News.com to become an analyst for JupiterResearch (now merged with Forrester). About the same time, my growing daughter took over that front room, and I moved down into the dusty, cricket-infested basement. But there were sliding doors leading into the basement. For most of my basement tenure, I shared space with floppy-eared bunny Daisy. When work got too hectic, or unbearable, I let her run around the backyard.

My family relocated to San Diego in October 2007. Our two-bedroom apartment is beautiful, but it’s one bedroom short for an office. So I work from a fold-up desk in the living room. It’s a hectic area and should be distracting, but I just tune out everything. I’m focused when working, and I kind of like being at the center room of household activity.

In early April, just weeks before my layoff as editor of eWEEK Apple Watch and Microsoft Watch, I downsized my desk. I eyed and pined for the hideaway desk more than six months earlier. Pier 1 Imports calls it the Casabelle Mail Center. I call it home. A little table folds out, where I work.

If you click the link to James’ office (see first paragraph), you’ll see that he uses a MacBook. So did I, before switching to the Sony VAIO VGN-Z590 in January. I chose the laptop for its better hardware than the MacBook and Windows 7 delivers. The Z590 comes with 2.4GHz Intel Core 2 Duo processor, 13.1-inch LED backlit display with 1,600-by-900 resolution, 256MB nVidia GeForce 9300M GS graphics, 3GB of DDR3 memory, 320GB hard drive (5400 rpm), dual-layer DVD burner, fingerprint reader, WiFi and Sprint 3G modem. I fault Apple for not shipping light notebooks with higher-resolution displays.

I write most of my blog posts from the Casabelle Mail Center, which is delightfully compact. I like the closeness it brings to the laptop and Bose speakers. Occasionally I work out of the office, either using WiFi or the Sprint modem.

I print to an Epson Artisan 700. I highly recommend the 700 over the bulky 800. Most people won’t need the fax. The 700’s copying and scanning capabilities are excellent, and the photo printing is stupendous. It’s a WiFi printer that easily sets up on the home network.

AT&T provides 18Mbit DSL. We are AT&T U-verse subscribers. The IPTV service uses Microsoft Mediaroom software. The Internet is fast and reliable and the IPTV packs simply the best user guide and DVR I’ve used anywhere. As a U-verse subscriber, I get free AT&T WiFi at Starbucks and other places where the service is offered.

My mobile office and vocal communicator is the Nokia N97, which I just started using June 12. The N97 ends several months using no smartphone. I sold my beloved N96 to help finance the cost of buying the N97. My last smartphone was the iPhone 3G. I love Apple’s App Store, but not the iPhone. There are too many dropped calls where I live, too many people complain about audio fidelity (“What did you say?”) and the battery life is insufficient to support the device’s capabilities.

That’s a brief introduction to my work space. What’s in your office?