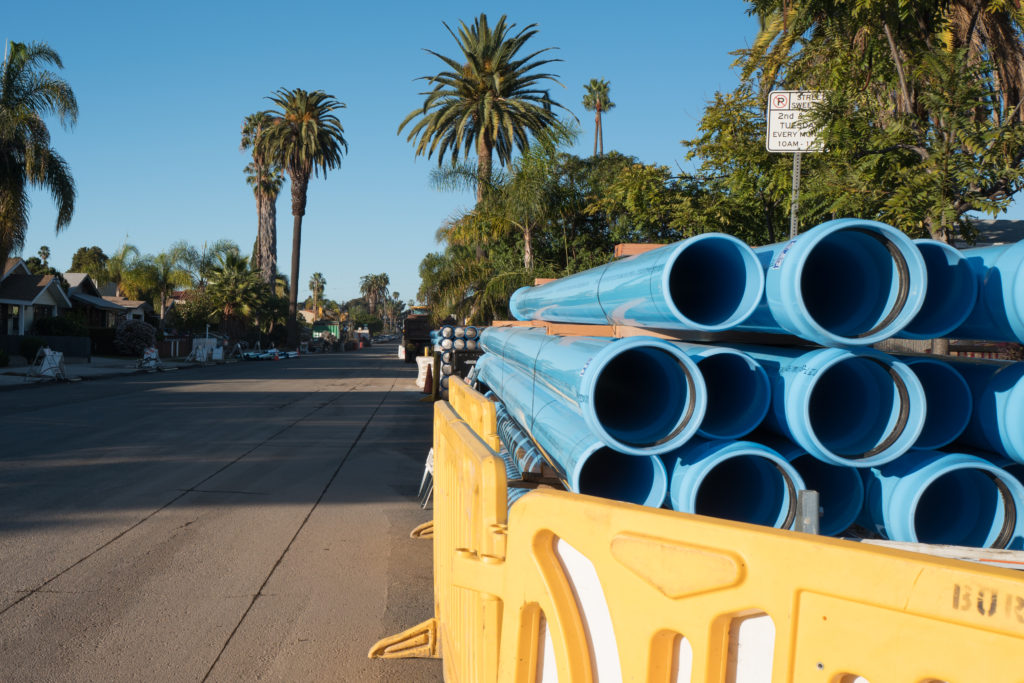 Our street is in trauma. Quick, someone call the EMTs. Charge up the paddles. Stand back while the lifeless carcass is shocked. Thump. Thump. Thump. We have a heartbeat. No, wait! That’s the sound of jackhammers rat-tat-tatting asphalt, concrete, and stone.

Construction started in earnest today for what could be as much as two months of mayhem and noise. Animal life—birds, cats, and squirrels—fled in fear. Our neighbor’s dog, which stayed indoors with windows shut, hid in near catatonic state of anxiety. Oh, I am just loving this project.

A company called Burtech is replacing underground water pipes throughout much of San Diego’s University Heights East district. I had expected to spend Christmas with the jackhammers, but work slogged along over on Louisiana. Our turn is come, and if street signs prohibiting weekday parking indicate anything, the piping project will continue through February 28. “What year?” a neighbor snarked. 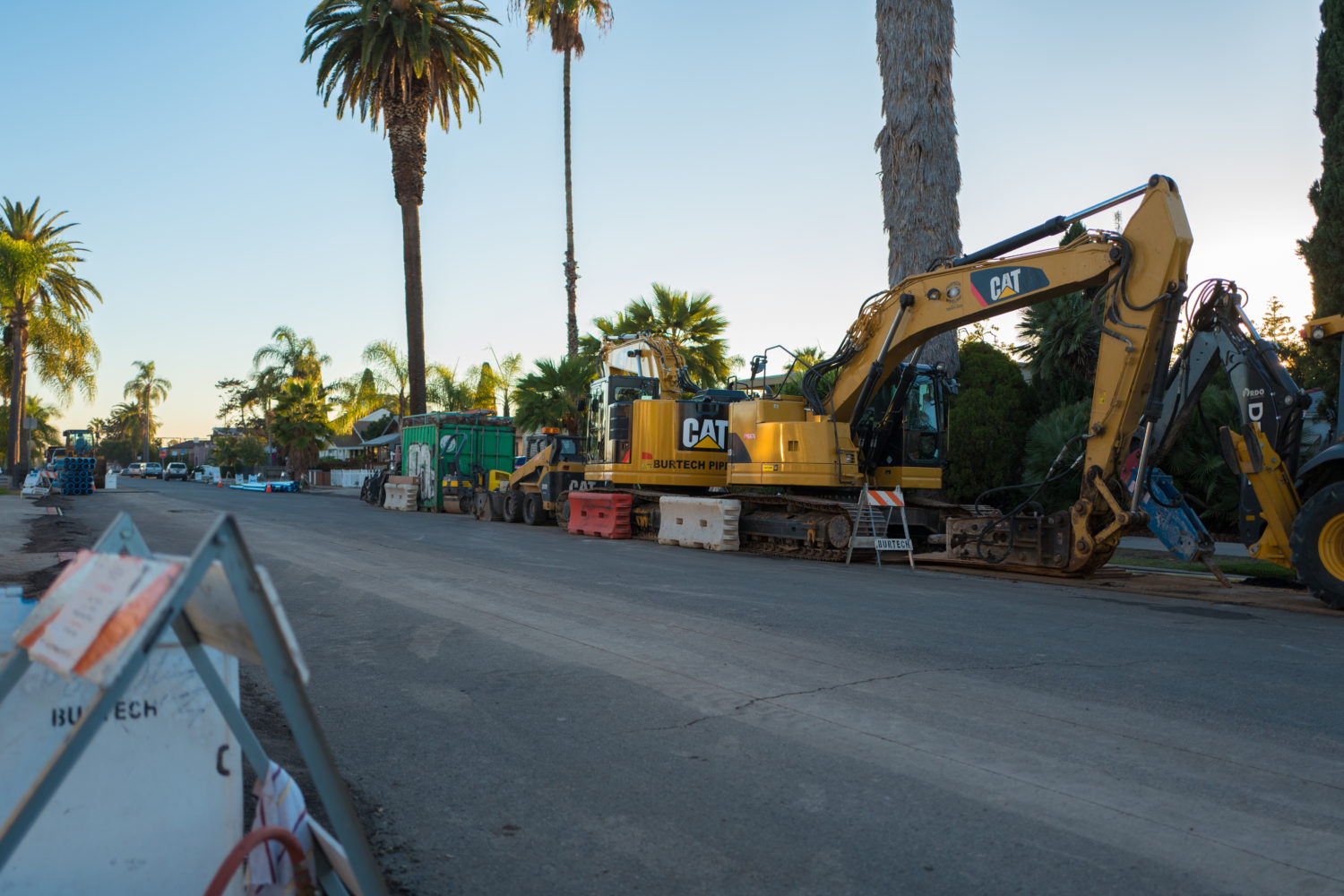 Work wrapped up around 3 p.m. PST, to let preschool kids go out and play while waiting for parents to come at the end of the day. I was stunned by the noises that filled in where the racket made by the heavy road equipment had been. It’s like all the wildlife, including humans, flung from their hiding places. No sooner than the last construction worker turn off the final engine did residents rush out to walk dogs. Kids came out to play. Birds bounced about chirping magically. Each brought normalcy to the soundscape. But the squirrels were MIA, and I can only hope for their return.

While I groan about the construction, fresh piping for water is a blessing. I am a big supporter of the “Take Back the Tap” movement. Rarely do I drink bottled H2O. The municipal water is plenty good enough, and the piping (presumably) will ensure the supply is safer to consume or to use.