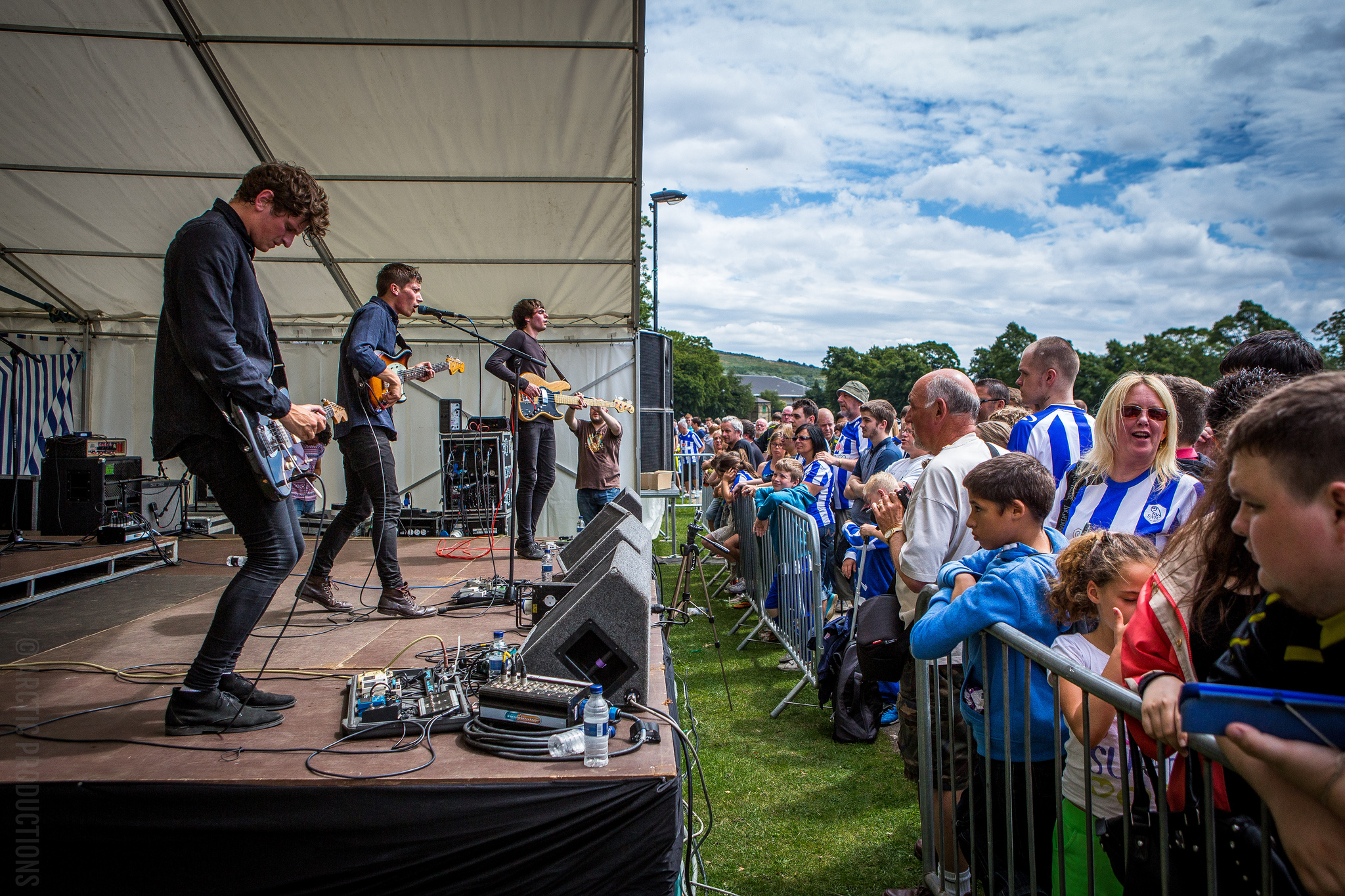 Today’s pic is such startling contrasts that two universes stitch to produce the scene depicted in this other-worldly concert photo shot by Jason Parrish, on July 13, 2014. Look at how the bright, partly cloudy sky meets the canopied stage like mistaken halves forming a misbegotten whole. Then there is the people contrast—the crowd of oldsters moshing before the three young musicians.

Judging by the blue-and-white football—eh, soccer to Americans—jerseys, they are parents to the few kids low down to the stage and fans of the Sheffield Wednesday Football Club. Jason shot the photo at Owls in the Park, Sheffield, United Kingdom. So there you go. In another universe, The Darlingtons still play together. But in this one, the foursome broke up about three weeks after the performance.