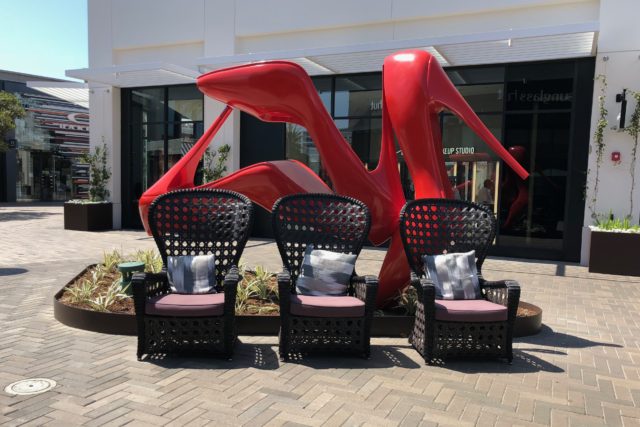 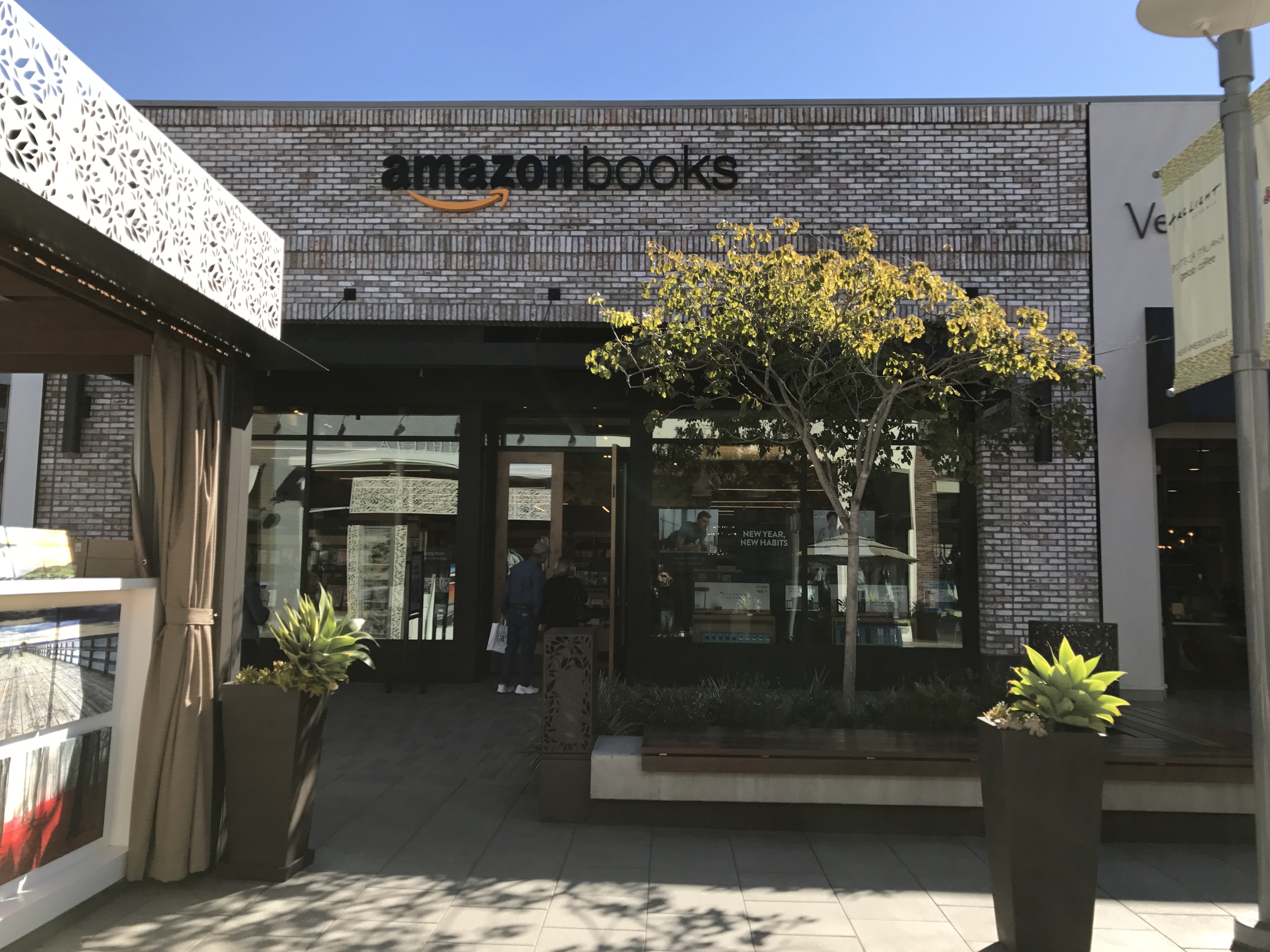 My wife and I drove to Westfield UTC to walk around on this bright sunny day, and to reminisce. Soon after we moved to San Diego in late 2007, my daughter started skating at Ice Town (since renamed UTC Ice), which is inside the mall’s food court. There, Firefighters gave her a Santa’s hat on Christmas Eve, 2008. We hadn’t visited the La Jolla retail complex for at least six months, and I suspect much longer. Hehe, we missed out. In September 2016, the second Amazon Books store opened there. The first is in Seattle, and there is another in Portland, Oregon.

Eleven months ago, when Wall Street Journal broke Amazon’s plan to open the shops, I offered some good reasons why the strategy makes sense, even if it might seem nonsensical when bookstores are shutting around the nation— the online retailer’s Kindle ebook business being a major reason. I had no idea then, or until today, that San Diego was among the locations. UTC is a good choice. Amazon Books is diagonally across from Apple Store, in a mall that is very outdoor shopping/walking friendly and courts a clientele that would shop for titles they can hold and read; no device or screen required.