No other company on the planet has executed a better digital media strategy than Apple. Doing digital media on a Mac is much easier and more satisfying than on a Windows XP PC. Apple’s iLife digital media suite is the best thing going for working with digital photos, music, movies or DVD burning. Too bad you need a Mac to get it. But a music service available for both platforms through iTunes would extend Apple’s reach and give AOL Time Warner and Microsoft executives catastrophic heart failure. How many ways can you say, “Pushing up daisies?”

The executives over at AOL Time Warner sneeze and the company loses $50 billion. (Show me any successful AOL Tme Warner digital media product? You can’t!) Microsoft’s idea of digital media marketing is getting every hardware manufacturer on the planet to support Windows Media formats. Most computers come with a floppy drive or cars a cigarette lighter, but that doesn’t mean most people use the gear. Get real, Microsoft.

Mr. Jobs has the right Hollywood connections, he’s successfully courted record labels for his new service and rumor has it his company is even negotiating deals directly with music artists. Apple has the right relationships, right strategy and right technology to pull off a successful music service. Don’t forget that Apple’s iPod music player is the retail market share leader as measured in revenue, according to NPDTechworld.

If Apple executes as well on the music service as it has on Macs, the service should turn out to offer great music selections, reasonable prices, unsurpassed ease of use, delivery through one of the best digital music software packages available and portability on a great music player. The combination would be great for Apple, its shareholders, consumers and, more importantly, competition. 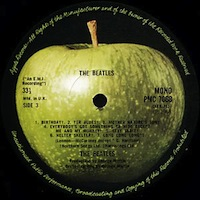 That’s because Microsoft’s idea of digital media is controlling file formats the way it uses them in Office to dominate productivity suites. (You knew there had to be a reason why your waffle maker supports Windows Media formats, right?) In Microsoft parlance, competition is a market where all the products are made by Bill Gates & Co. (Hey, you can choose from six different versions of Windows XP. Woo Hoo!) Microsoft is trying to establish its digital media format as the defacto standard through the aforementioned hardware partnership and also by creating what arguably is great digital rights management technology. Too bad, but the DRM only works with Windows Media file formats, folks.

Microsoft has given music labels a free tool kit (What’s $500 million in unrecovered research and development costs between friends?) so they can make CDs with some content protected by Microsoft’s DRM. It’s a good Windows Media format proliferation technique, but music labels haven’t been biting. The labels, which are uncertain about how to deal with online music file trading, appear frightened of a devil’s deal with Microsoft. At the same time, Microsoft hasn’t had a lot of luck with music downloads of copy-protected Windows Media Audio files.

Apple would like nothing better than to steer digital media toward open standards, such as MPEG-4. The consumer electronics industry, Hollywood and music labels generally have favored that approach. Apple’s music service could be instrumental in providing a viable and attractive alternative to making a Windows Media format devil’s deal. That would also ensure that Microsoft could not in the future choke the Mac out of being able to access or use digital media, which is driving new computer sales.

As for AOL Time Warner: I’ll be the first person to admit I could use to knock off about 40 pounds. But AOL Time Warner is really huge! That company can’t get off its fat ass to compete with lettuce. Until AOL Time Warner trims down some, that company is just going to continue sitting there picking its teeth and talking about digital media and online entertainment. But the company never does anything but add more weight, as in buying more digital media technologies, and staying sitting down on its even fatter ass doing nothing.

Now comes along svelte Apple, Hollywood ties, great technology, legendary stylishness and ease of use in tow. Would you buy music from Microsoft? Hey, don’t yell at me for asking! But Apple’s cool, right? You might buy music from Apple rather than searching for it on file trading sites, right?

Maybe the next Apple Records won’t be the Beatles’ label. If not, than I was wrong, Mr. Jobs isn’t as smart as I thought and there will be no iTunes for Windows. But I’m never wrong, am I?

Do you have a music story that you’d like told? Please email Joe Wilcox: joewilcox at gmail dot com.