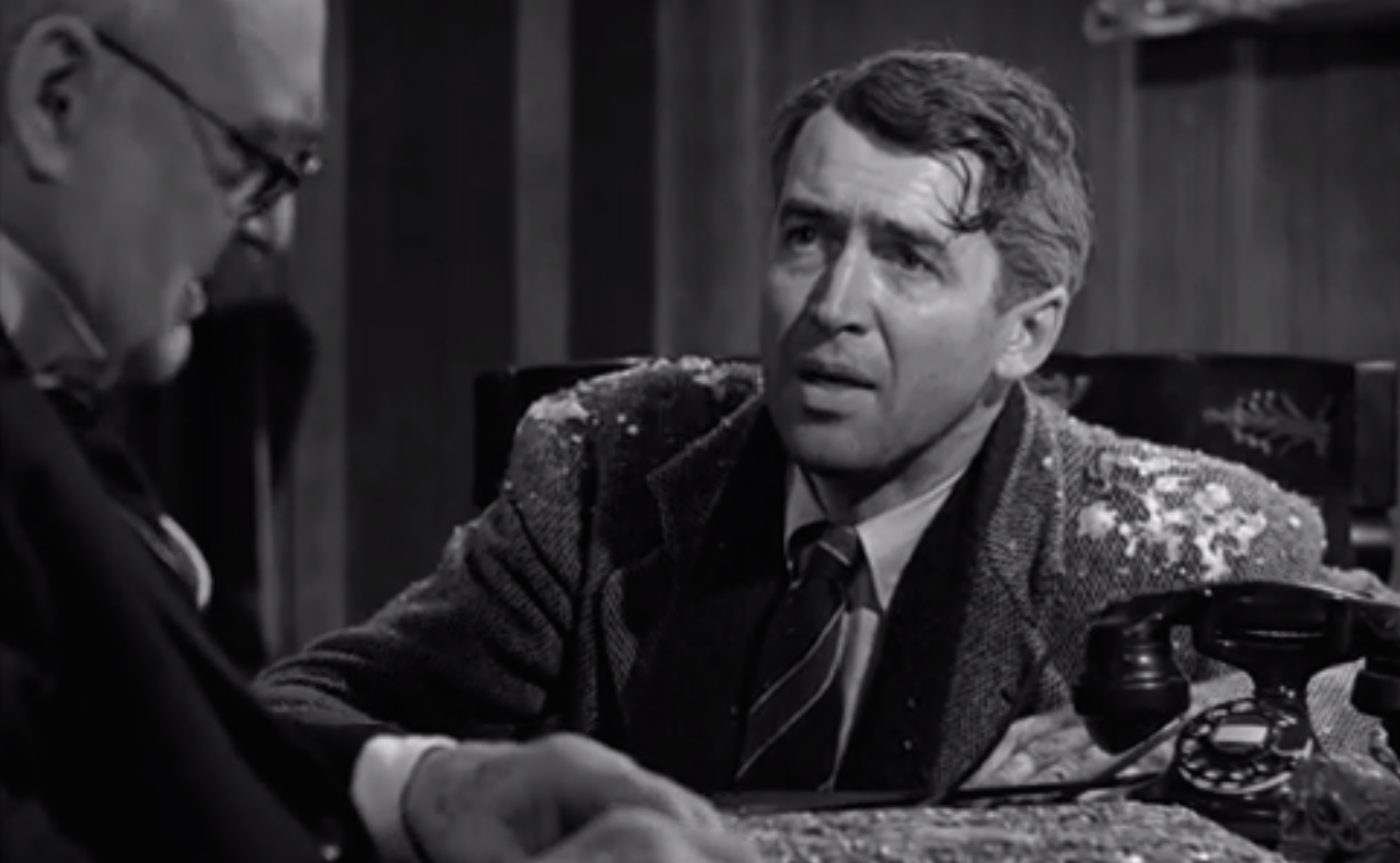 Before movie “It’s a Wonderful Life” became a holiday mainstay in the United States, largely because the film’s copyright had expired, I first saw it in the middle of the night in June 1979. That’s right summer, not Christmas

I worked at a local factory, a summer job for me, doing third shift. I liked the late hours because of better pay and my tendency to rumble around late night like a spectre. This night I had off, but couldn’t sleep (it wasn’t my bedtime until dawn), so I caught the 2 a.m. Night Owl late show on one of the local TV stations.

Couple guys introduced “It’s a Wonderful Life” as star Jimmy Stewart’s first movie after serving during World War II, with little fanfare. I had never heard of the movie from 1946. Thirty-three years old, almost the age of my mother! Ancient! But I was bored and willing to watch anything at 2 a.m.

The movie riveted, a thoroughly intoxicating joy to watch. “It’s a Wonderful Life” quickly became my favorite movie and remained so for many years. But interest faded over time, but not because I changed. During the 1980s and early 1990s, the movie televised almost continuously during the holidays. Too much of a good thing really turned out to be too much of a good thing. All those viewings exhausted all the movie’s appeal. Now I’m almost loathe to watch it.

Perhaps if enough time passes the movie will one day enamor me. At least it no longer is televised day and night during the holidays. While the copyright remains expired, a 1990 court case (unrelated to the movie) established precedent that allowed reclamation of the movie as derivative of copyrighted work. I typically am quick to criticize copyright law. But in the case of “It’s a Wonderful Life,” copyright enforcement may have reclaimed a gem treated like a lump of holiday coal.