The Microsoft-Google tit-for-tat spat over Apps Sync accents the new battleground over which the companies are fighting. Google has moved onto sacred Microsoft territory: Office. Google’s synchronization approach is simply brilliant, and Microsoft executives should cower in fear.

Quick recap: A week ago, Google unveiled Apps Sync, which lets Outlook users connect to GAPE, Google Apps Premiere Edition. Rather than an Exchange Server, Outlook connects to Google’s cloud services. Today, Microsoft took the offensive on this incursion into its territory with a blog post detailing two problems caused by the Apps Sync plugin. I’ll get to the specifics of the problems in a few paragraphs.

I cannot express strongly enough the competitive seriousness of Google Apps Sync to Microsoft Office. In a March 2008 Microsoft Watch post, I asserted: “Synchronization is today’s killer application. It’s either kill or be killed. If Microsoft doesn’t strike the deadly blow first, Google will.”

Sync or Die
Synchronization is the natural killer application for the connected world, particularly as more content goes mobile. Most people use multiple devices, software products and IP/Web services, whether for personal or work purposes—and often commingled. Palm Pre shows what good sync should be, as information spreads out across these devices and services. Good sync should pull together data from different sources into a single repository.

Google is unquestionably a synchronization leader, with Android-based smartphones being best example. The search/information giant has done something novel: Licensed Microsoft’s ActiveSync technology and turned it as a weapon against the software giant. “Bang! You’re wounded and going to bleed out slowly—and painfully.” Google has usurped a longstanding Microsoft product strategy.

For Office 2003’s release, Microsoft aggressively promoted the productivity suite as a “smart client” to back-end operations. The idea: Office is the most familiar user interface among business users—even more than Web browsers. Well, well, looks like someone at Google took notes. Outlook is the smart client, but to Google services, not those coming from Microsoft or its partners.

Of course, Microsoft  had other ideas six years ago. Rather than convert businesses wholesale from competing back-end software, Microsoft positioned Office as the friendly, familiar front end—the so-called smart client. Meanwhile, Microsoft extended new features between Office and its server software. Through this increased integration along the vertical applications stack, Microsoft sought to drive sales of its server software. To business users, what difference would there be? Office would be the front-end client regardless of the software running in the rackroom.

Google is simply reversing the strategy, by offering businesses its hosted services through Outlook on the front end. There’s no hardship to end users if the client features work the same from a different back end. For many businesses, Google’s 50 bucks a year per user price for GAPE will appeal. As a hosted service, GAPE is available anytime, anywhere and on anything using a Web browser. No Outlook required.

One Stack or Another
But my analysis oversimplifies Google’s opportunity. A little study of history is necessary to understand how dangerous Google Apps Sync is to Microsoft. Office succeeded for many reasons, but two stand out:

There is clear, identifiable sales pull between Office and Exchange. By including Outlook with Office (in 1996), Microsoft established sales synergy between the desktop and server software. Many more businesses bought Office because of Outlook and Exchange (Yes, I know that for years Outlook also shipped with Exchange Server). Today, businesses have few reasons to deploy Exchange without Outlook, and visa versa.

That’s the client-server status quo that Microsoft started to extend during the 2003 release cycle, with the smart-client strategy and increased vertical integration between Office and server products like SharePoint. 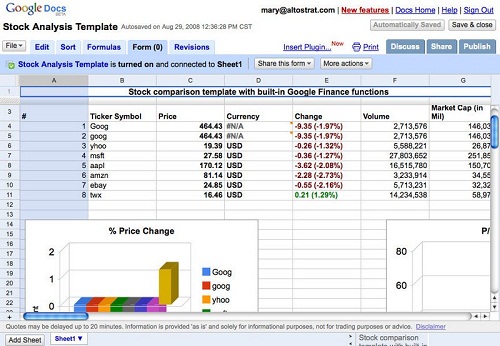 Office and Windows are codependent products that create what US trustbusters have called the “applications barrier to entry.” Office’s desktop popularity is unparalleled, and compels many businesses to buy Windows. If they want Office it’s Windows or Mac OS—but the better Exchange integration/support is for Outlook and not Entourage (Its Macintosh counterpart).

Linux failed to gain traction on the desktop in part because the vertical applications stack is so immature. Main reason: No Office. Macintosh has done much better in part because of Office. Still, the tighter, more mature vertical stack and applications barrier to entry is Office-Windows-Windows Server. That’s the competitive problem before Google, as it tries to extend its hosted application into the enterprise.

Google Apps Sync removes the first of these two major obstacles. Google gives businesses the choice of its own hosted applications-to-server stack using that familiar Outlook client. Strategically, Google’s next step would be to break the applications barrier to entry. Businesses using GAPE are there already. They’ve chosen to run Google’s productivity suite free of Windows, hosted in the cloud. Other businesses will evaluate GAPE because of Google Apps Sync and some will move to the cloud.

Given the state of the economy, Microsoft risks losing some customers. Google’s release timing is monumental and surely not coincidental. A large number of Microsoft customers will be renewing volume-licensing contracts between now and July 31. Do they really need all that Office whiz-bang formatting, when most of their content is digital? How compelling really is Microsoft’s Business Intelligence offering around Office and server software—and how costly will it really be? License renewers would have asked these questions anyway, but some will more seriously investigate; they have an interesting alternative from Google using the Office version they already own.

More Than a Spat
Now, roundabout way, I return to that tit-for-tat between Google and Microsoft. Dev Balasubramanian, Outlook product manager explains in the aforementioned blog post:

The installation of the Google Apps Sync plugin disables Outlook’s ability to search any and all of your Outlook data. When a Google Apps user installs the sync plugin for Outlook, the plugin modifies a registry key which disables Windows Desktop Search from indexing and providing search functionality for all Outlook data, not just the Outlook data being synchronized from Gmail. Because Outlook search relies upon the indexing performed by Windows Desktop Search, Outlook search functions are broken as a result. It is also important to note that uninstalling the plugin may not fix the issue. Outlook users who are considering the Google Apps Sync plugin should become aware of this issue.

He explains how to remedy the situation and then identifies a second problem: Google Apps Sync plugin also mucks with Outlook Connector, which normally lets users get their Windows Live Hotmail in the client. He offers remedy for that, too.

Microsoft’s blog post is a little dual-purpose, by pointing out problems with Google’s sync plugin (that’s counter-marketing) and by explaining to customers how to remedy them.

Here’s a question everyone should ask: Who’s fault is it that Google Apps Sync breaks Outlook search capabilities? Microsoft supposedly made changes to Windows Search following complaints Google made to the US Justice Department.

Chris also informed that “some plugins don’t yet work with Google Apps Sync for Microsoft Outlook”—Adobe’s Acrobat PDF toolbar, Outlook Change Notifier and Outlook Connect. What’s interesting is the phrasing “don’t yet work with,” which raises questions about whose onus for fixing the problem.

Google has no incentive to fix the problems with Microsoft stuff. The opposite is true; broken is better. Google and Microsoft make competing desktop search products. Outlook Connector brings Microsoft’s hosted e-mail to the client, there competing with Gmail. Google has little reason to play nice, and every reason to play to win—particularly when the objective is to usurp Outlook for GAPE.

Microsoft should prepare for a bloody, knock-down fight—and not easily won. Google has declared war on Office. Google wants to break the ties that bind Outlook and Exchange. Should this defensive line break, Excel, PowerPoint and Word will be easy pickings. But that’s top of another blog post.