Damn, I must read Chris Anderson’s book Free: The Past and Future of a Radical Price. Based on the WNYC video (below) and Q&A—”The Gift Economist”—in the July 19, 2009 the New York Times Magazine, I must disagree with Chris’ concept of free as applied to digital products. Free and the Internet go oddly together, and not necessarily well together.

Chris may be right, but for other reasons than he presents here. In the video above, Chris asserts that on the Internet “free really can be free.” Nobody has to pay. He presents his view, which does allow for combo free and paid models, by way of marketing and economic history and theory.

My problem: Contrary to popular belief, economics doesn’t derive from human culture or society, but the natural world—where nothing is really free. Air doesn’t cost you anything. It’s free; natural processes over billions of years paid for the atmosphere we freely take for granted. But the process of breathing isn’t free. It requires the proper functioning of interdependent biological systems and input of energy, provided by ingested food.

Some food freely grows, but the majority must be cultivated, which price is paid for in many clearly identifiable ways I shouldn’t need explain; they’re obvious. Then there is biology. Regardless of culture, society or civilization—past or present—human beings instinctively assign value to everything. Survival of species demands choices for which there is the greatest value derived for the invested energy. That’s biology, not society, as primary influencer. Mother Nature invented proverb: “Waste not, want not.”

Value is Everything
Modern economic theory is too hung up on prices, when value is more important. Often pricing is independent of value, as should be apparent from the housing market collapse. An artificial debt-driven bubble drove up home prices, which didn’t make the real estate more valuable. A $5 million dollar condo in Manhattan might be valuable for location, not because a housing bubble drove up the price by $2 million. 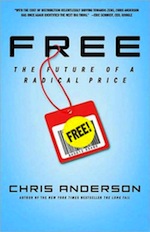 Now, housing prices are free falling in most US markets and will continue to until perceived value—mostly measured by people’s willingness and ability to buy—achieves equilibrium with mortgage costs. Value is everything. For a teen the value assessment might be: Is it worth cleaning my room so my parents won’t yell at me or will I get more benefit from chatting with my friends online? There is an associated value assigned to the action, but not an associated price.

People make these kind of value decisions for most nearly every action they take, or decide not to. In the late 1990s, I paid Netscape $30 bucks for its Web browser, even though Internet Explorer was free. Why? Because I got more value from paying than getting something for free. I’ve paid for the online version of the Wall Street Journal since 1996. Much of the same information is available elsewhere for free. But I derive value from the Journal’s authority, presentation, story searchability and cheaper cost (about half) the print edition.

The Value of Free
Where Chris might have a point—and I’ll need to read his book to find it: Human beings instinctively are natural communicators, and they expect communications—the exchange of information—to be free. Anthropologically, people have a need to create, share their creations and reciprocate the process to others. I believe that people everywhere have a natural aversion to paying for information or entertainment. Just because communications and social sharing are highly valuable doesn’t mean people willingly pay for them.

The idea that value has a price, whether fixed or fluid because of supply-and-demand logistics, is a construct of economic theory. From that perspective, copyrights and patents are unnatural constructs. They restrict the natural creating, sharing and communications processes that are essential to human intelligence and its further development.