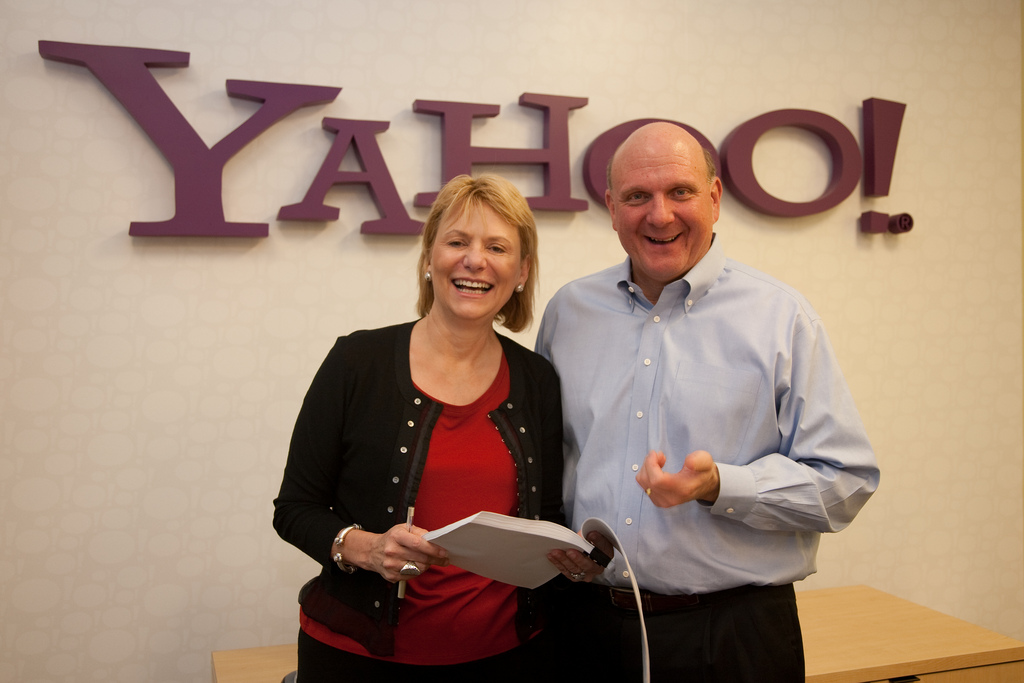 TechFlash’s Todd Bishop did some good sleuthing of regulatory filings and turned up a so-called Yahoo escape clause to the Microsoft search deal. Two, actually.

But while they might comfort Yahoo that there is a way out of the deal, I promise you there is none.

Yahoo! may terminate the Search Agreement if the trailing 12-month average of the RPS in the United States (the ‘U.S. RPS’) of Yahoo! and Microsoft’s combined queries falls below a specified percentage of Google Inc.’s (‘Google) estimated RPS measured on a comparable basis or if the combined Yahoo! and Microsoft query market share in the United States falls below a specified percentage.

That’s a touching sentiment—I’m really moved, now—but only if Yahoo executives are delusional thinkers. The search technology transition is expected to take up to 24 months, according to the filing. Hypothetically, I’ll say 12 months, factoring in regulatory approval. Then add another 12 months for Yahoo to evaluate whether or not Microhoo search meets unnamed expectations against Google.

In 24 months, it will be too late for Yahoo to escape, because the company is giving up its search research and development to Microsoft. Heck in 12 months, Yahoo will have fallen too far behind in search development to catch up. There’s more, as explained during last week’s Microsoft-Yahoo deal announcement but made clearer in the regulatory filing:

During the Term (as defined in the summary of the Search Agreement above), Yahoo! will grant to Microsoft a worldwide license (the ‘Technology License’) under copyrights and trade secrets relating to specified Yahoo! algorithmic and paid search technology for Microsoft to use in connection with providing specified algorithmic search, paid search and contextual advertising services (the ‘Field of Use’). The Technology License will be exclusive (even as to Yahoo!) as to certain algorithmic search and paid search services in the Field of Use. Upon termination or expiration of the Search Agreement, the Technology License will remain in effect but will become non-exclusive.

Yahoo also cedes past search R&D to Microsoft through the licensing agreements. I presume the deal covers patents from Overture, which Yahoo acquired in 2003. By the way, Overture pioneered the search keyword methodology perfected by Google. The technology licensing and access is of immeasurable value.

By the way, antitrust agencies would be remiss not to scrutinize any exclusive technology agreement that might prevent Yahoo from engaging in other search deals or that would facilitate the consolidation of search around two major engines—Bing and Google. Over the years, antitrust experts consistently have said that the Justice Department (and 20 states) could bring their May 1998 case against Microsoft largely because of exclusive deals. Microsoft cut agreements that cut Netscape out, leveraged off Windows. Something stinks in the Yahoo exclusivity.

Exclusivity aside, Microsoft still holds license to Yahoo technologies even if the deal comes to a future end. I can’t imagine Yahoo cofounder Jerry Yang would give away so much valuable intellectual property for so little, if he were still in charge.