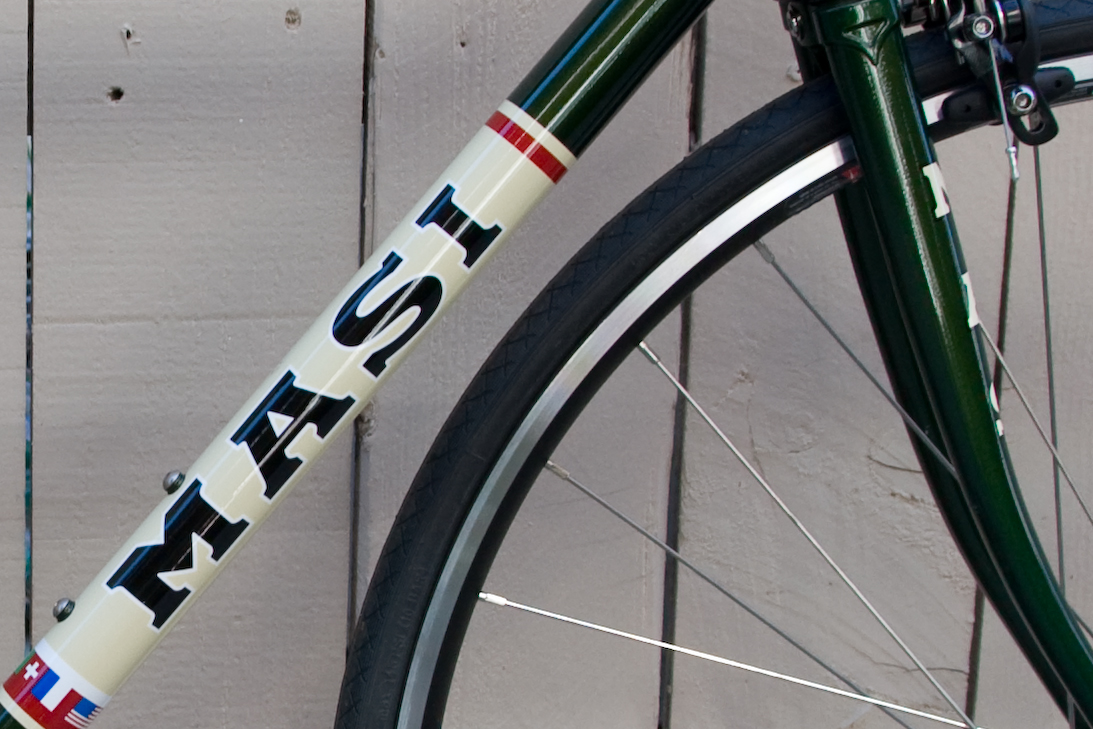 We rent half a garage to protect our bicycles, two of which someone stole sometime between Wednesday afternoon and Friday morning (Feb. 17th and 19th). The thieves got access to the garage and hacked through two Kryptonite HardWire cables. The thieves nearly cut through the Kryptonite Evolution Mini U-Lock protecting a third bike, presumably the prize of the three.

Timing of the theft clearly was deliberate. The apartment next to ours is being remodeled and workman have stored supplies in the garage. Since construction started, the garage is repeatedly opened during the day. Perhaps a workman left the doors open. I suspect that scouting thieves saw the access code. I had assumed that they returned at night, but changed the opinion.

Today, I took the mangled Evolution Mini to the local bike shop for evaluation. Two repair guys showed shared surprise at how far the thieves had cut into the U-Lock and how close they had come to beating it. One of the bike techs suggested the criminals used some kind of circular saw available at auto parts stores—and for some time; perhaps 15 minutes on the U-Lock. He said that the sawing would be noisy, at least as loud as a dentist’s drill. Our apartment is over the garage, and that kind of noise I definitely would have heard and investigated. 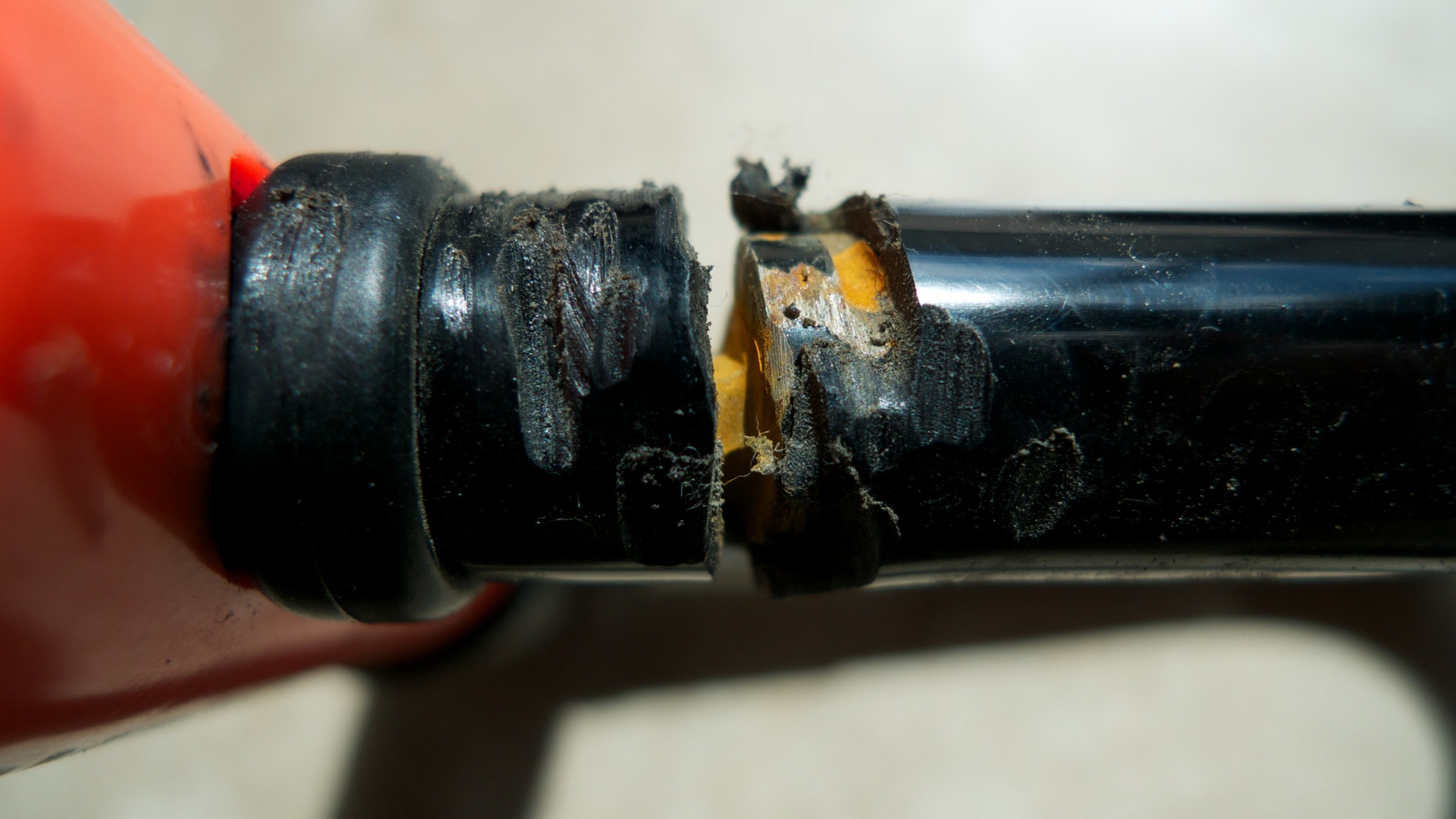 That is on any normal day. There was nothing normal about last week. I was viciously sick with the flu and not as watchful of the surroundings as usual. More significantly, construction in the neighboring apartment has reached the tile-cutting phase. The workmen’s table saw routinely blasts noise throughout the day, which would have been perfect cover for any sawing noise generated in the garage. If my theory is correct—daytime theft using the construction as cover—the thieves were indeed bold.

We rented the garage specifically to protect the bicycles from theft. The locks were there mainly as deterrents. After all, the garage is generally closed and locked by security code. So the whole family is simply stunned by the theft. I would rather have my bike stolen than see my wife and daughter suffer loss of their beloved bicycles. 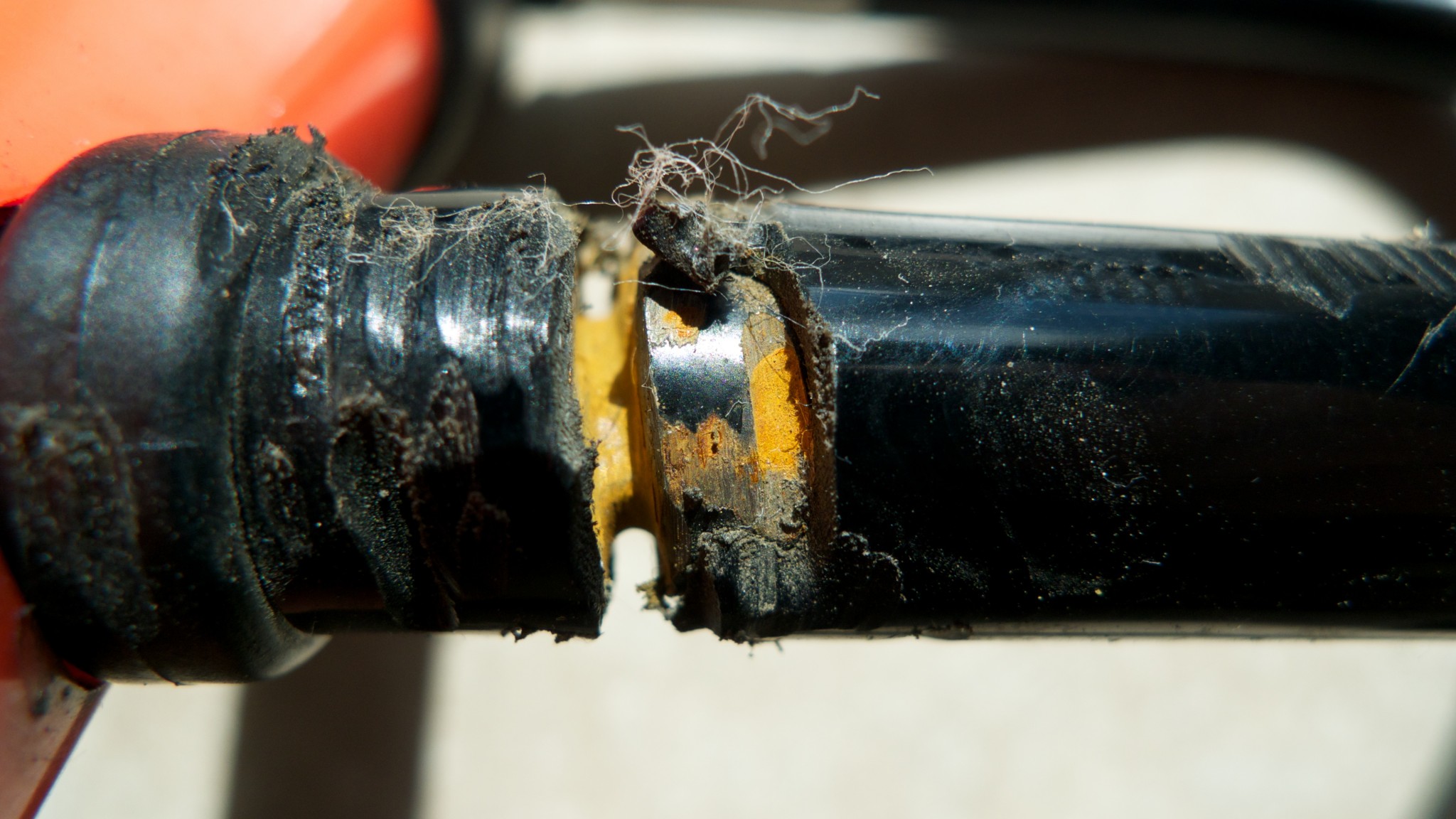 The bikes were locked at the back of the garage, where they were more obscured from view. If not for where we had to secure them, U-Locks would have protected all. One bike (my daughter’s) was chained to another (my wife’s) chained to a wooden support. Apparently, the thieves cut through the cables with ease. With the door closed and lots of ambient noise, they had plenty of time to nearly cut through the U-Lock protecting my Masi Speciale Fixed. The thieves gave up after nicking the water pipe the bike was locked to—or perhaps there was another interruption.

We can only guess how the thieves gained access to the garage. I must presume that with so many people going in and out of the garage over the last couple weeks, someone scouting the property saw the security code. Or perhaps the thief waited close by for a workman to exit the garage and ducked in before the door closed. Once inside, he could let in an accomplice, who more likely stayed outside as lookout. Almost certainly, the thieves worked behind closed garage door. 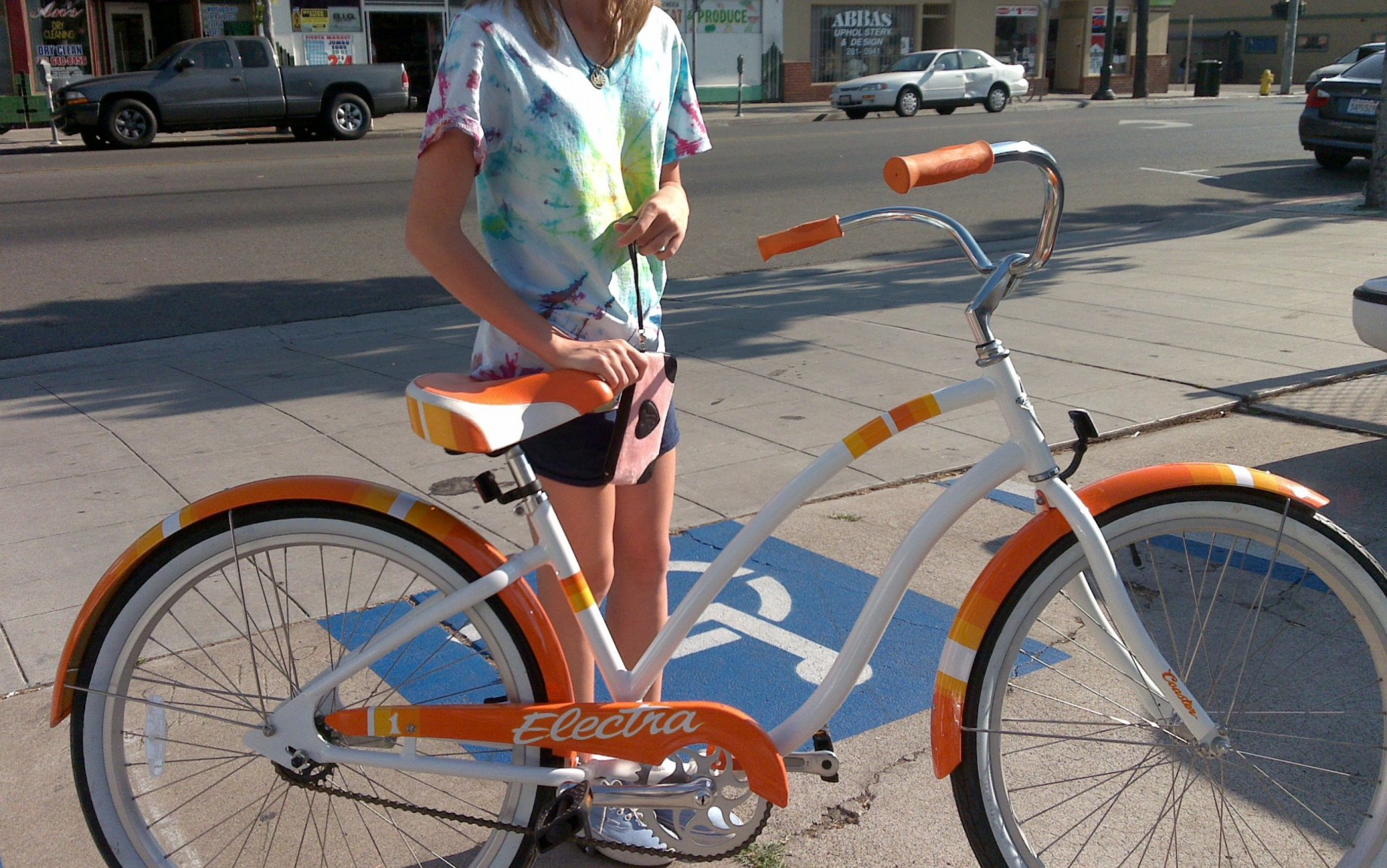 I don’t suspect the workmen. But I do blame their presence. Someone used the renovation and unusual amount of activity around the garage. The workmen have been going in the garage much less often, however. Someone watching observantly enough could have timed entry into the garage and theft of the bicycles. I am usually quite careful about covering the pad when entering the security code; I can’t the same of the workmen. We don’t go into the garage often, particularly last week. Anne opened the garage on Wednesday to get cleaning stuff for the car. The bikes were there. Early Friday, finally feeling somewhat better, I went into the garage to store some cans for redemption. It was immediately obvious that two bikes were gone.

But the thieves left three helmets, high-quality pump and pressure gauge and other valuables. They only took bicycles. Is that a sign of pros?

The Masi is now inside the apartment, where it will stay inconveniently stored at least until the garage situation is sorted out. That means new security code, renovation finished in the complex and some new attachments inside the garage for securing the bikes (the landlord owes us that at least). Our renter’s insurance will cover some of the loss ( all, if not for the deductible). Still, our trust is shattered in the security of the garage and the Kryptonite cable locks.