In June 2008, I read a short post by Nicholas linking to his Atlantic story “Is Google Making Us Stupid?”Nicholas writes:

Over the past few years I’ve had an uncomfortable sense that someone, or something, has been tinkering with my brain, remapping the neural circuitry, reprogramming the memory. My mind isn’t going—so far as I can tell—but it’s changing. I’m not thinking the way I used to think. I can feel it most strongly when I’m reading. Immersing myself in a book or a lengthy article used to be easy.

The article presented some evidence blaming the Internet and putting the brain’s rewiring in anthropological context of past technological changes. I totally relate to Nicholas’ experience. In June 2008 post, “Google Attention Deficit Disorder,” I wrote:

My experience is the same as his, and more. My writing concentration has changed, too. Blogging is more difficult than, say, three years ago. There is too much sense of distraction, methinks. I’ve got to rethink RSS feeds, which once timesaving are now timesucking. My God, now there are tweets, too! FriendFeed and more!

After reading content excerpted from The Shallows in June 2010 Wired magazine, I’m strongly motivated to minimize distraction and maximize attention. I’m looking forward to reading The Shallows, too.

Chaos Theory: The Shallows in Short
The Wired article is an unsettling read. Nicholas writes that, based on quantifiable research, “Internet use reroutes people’s neural pathways”—and quickly, too. Hyperlinks are more detrimental than beneficial: “Jumping between digital documents impedes understanding” and “research continues to show that people who read linear text comprehend more, remember more, and learn more than those who read text peppered with links.” Nicholas writes:

What kind of brain is the Web giving us? That question will no doubt be the subject of a great deal of research in the years ahead. Already, though, there is much we know or can surmise—and the news is quite disturbing. Dozens of studies by psychologists, neurobiologists, and educators point to the same conclusion: When we go online, we enter an environment that promotes cursory reading, hurried and distracted thinking, and superficial learning. Even as the Internet grants us easy access to vast amounts of information, it is turning us into shallower thinkers, literally changing the structure of our brain. 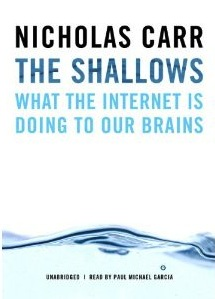 One type of memory is temporary and the other permanent, but the funnel between them is limited. Concentrated reading drip drips information from short-term to long-term memory. Distracted Web content overwhelms short-term memory. Nicholas writes: “When the load exceeds our mind’s ability to process and store it, we’re unable to retain the information or to draw connections with other memories.”

Magazine advertising can distract attention, too; same can be said of TV ads. In reflecting on Nicholas’ writing, I realize that my storyline retention for movies or TV shows watched without commercials (on DVD or digitally downloads) is much greater than when there are ads. Marketers spend millions developing advertisements people remember. Oh yeah? What about the actual content? Advertising disrupts the narrative. In my experience, commcercials can impede retention and make following complex plot lines harder. Think ABC’s Lost, and the need for producers to air repeat episodes with subtitles explaining the plot.

A Personal Case Study
For about 10 days in May, I briefly brought joewilcox.com back online while I debated whether my online presence—hence, brand—would be better with my name or separate identity (Oddly Together). Because I have a bigger vision for Oddly Together, and Joe Wilcox brand confusion with Betanews bothered me, I switched off joewilcox.com [Note: You’re at joewilcox.com, which permanently went back online in September 2010]. During those 10 days, content was identical at both Websites. But, according to Google Analytics, there was a marked difference for how much time people spent on the sites—about three-and-a-half minutes for Oddly Together and more than 10 minutes at joewilcox.com. I have been wondering why.

Site design is top of my list of unscientifically-derived reasons, and it is by no means the only one. I hosted joewilcox.com at Media Temple on WordPress using the Standard Theme, which is clean and uncluttered. The theme emphasizes the content, while being optimized for search engine optimization. I’m convinced the clean site design and navigation tools contributed to the longer time people spent reading content. 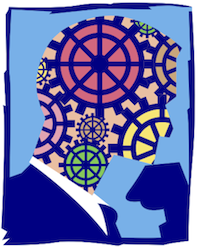 There are many popular blogs and bloggers, but when looking at those which content I best remember, they’re the ones with the least distractions. John Gruber chose a minimalist design that emphasizes the content and removes distraction; good for him. Robert Scoble and Thomas Hawk are examples of minimalist-design thought leaders (or people whose content I more easily remember) whose sites are now more cluttered than 18 months ago. Haha, Nicholas’ personal site is cluttered with distracting sidebar links. Perhaps he should take something from his research and apply it to Rough Type.

Hyperlinks are suddenly controversial, with the publication of The Shallows. On May 31, Nicholas posted “Experiments in delinkification,” which set off surprisingly strong reactions from the Web intelligentsia and link profiteers. Nicholas writes:

Links are wonderful conveniences, as we all know (from clicking on them compulsively day in and day out). But they’re also distractions. Sometimes, they’re big distractions—we click on a link, then another, then another, and pretty soon we’ve forgotten what we’d started out to do or to read.

A day later, the Economist’s Babbage columnist confessed: “I have some sympathy for Mr Carr’s view. I don’t mind piles of links in sidebars, but I find links in text can be irritating if there are too many of them.” I feel the same. While I put hyperlinks in the text of this post, I am rethinking how I will use them in the future. They’re inserted here because it was easier for me to do so while writing this post. In the future, I may put related links at the bottom of the post in a bulleted list. I’m not sure.

But I am sure about something else: I’ve been writing a review of the Sigma DP2s digicam, and it was to be my first post with Amazon Associates links (If people buy something, I get a small percentage of the sale). But Nicholas has changed my mind. I would rather people remember what I write than be distracted by sales pitch links that make them forget. I also am committing to using clean Web designs, with as few distractions from the content as possible.

Recently, I permanently switched from hosted WordPress to Tumblr. I’ll blog more about why in the future. For now I’ll say that the organization of post types—text, photos, video, etc.—helps keep the flow of content cleaner and clearer, even for some of the busier tumblelog designs. WordPress 3.0 will offer similar post types, and that’s a good development for readers—or so I hope.

Assaulting the Senses
Regarding readers, they are increasingly assaulted by two types of Websites: Those where the reader is the primary focus and others where profiteering is the main objective. Often the difference between them is the number of links and other distracting visual elements. Aggregators are the worst offenders, when it comes to distraction. Among them are sites that use slideshows and similar gimmicks to drive up pageviews. They force the reader to repeatedly click from page to page, about as mindlessly as a caged hamster runs a wheel. Be honest, how much content from slideshows do you remember? 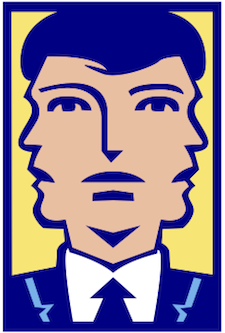 I’m making a distinction of degree regarding the profiteers and reader friendlies. The latter may still look to profit from the content, but not by assaulting the reader’s senses or by primarily repurposing the writing of others. TechCrunch is a good example of balance. The current home page visually depicts highlighted posts at the top, with some advertising. Most advertising is in a smaller column to the right, although there are some blocks of ads separating some main column content. By comparison, Huffington Post is nothing but distraction. The landing page is a smorgasbord of aggregated (and some original) content laid out in three overlybusy columns. I wonder how long the average reader stays at TechCrunch versus Huffingtonpost and how much content readers remember.

Are there remedies to all these distractions? I have a few ideas:

iPad and the Web versus Apps Conundrum
In January, at Betanews, I proclaimed: “The world doesn’t need an Apple tablet, or any other.” I was wrong, something I’ll admit in a BN post sometime next week (the gloaters will circle my admission like vultures pecking a carcass). On May 24, I sold my 64GB iPad to a friend. He since bought two more (Yeah, my buddy is even crazier than me). Two days ago, I bought another 64GB iPad. I find there are fewer reading distractions and content is better presented than on a laptop and browser. I’m more focused and retain more of what I read.

Additionally, the Wired magazine app shows what the future of electronic content can be: There is a clear delineation between Wired ads and content. The horizontal moving through the magazine but vertical scrolling of stories is inspired. I find myself more likely to read an entire iPad Wired story than one from Economist or Rolling Stone print (I subscribe to both).

However, Apple could ruin it all with iAd. Wired’s ad presentation is excellent, but will iAd-plaform marketing make apps more distracting? For games and the such, it won’t as much matter. But it could matter for content applications.

Something else, and I’ll end this long post with it: Apple and Google are engaged in a tussle over the future of the mobile Web. Will it be app- or browser-centric? If hyperlinks and all the clutter-junk some sites wrap around content are overly distracting, the browser is the wrong model for the mobile Web. Apps that pull attention inward would be better—if minimal hyperlinks and distractions are allowed.

Update: Hours after posting, I read New York Times op-ed from June 10: “Mind Over Mass Media” by Steven Pinker. The Harvard psychology professor doesn’t mention Nicholas’ book, but he might well have. Nicholas doesn’t argue that the brain rewiring is all bad, just that the Web changes how we consume media. Unquestionably, the Web has changed how I interact with media, the same as getting a typewriter did when I was age 14. I’m not running away from the Web, just changing how I interact with it and increasing my undistracted media consumption.

Do you have an Internet Attention Deficit Disorder story that you’d like told? Please email Joe Wilcox: joewilcox at gmail dot com.