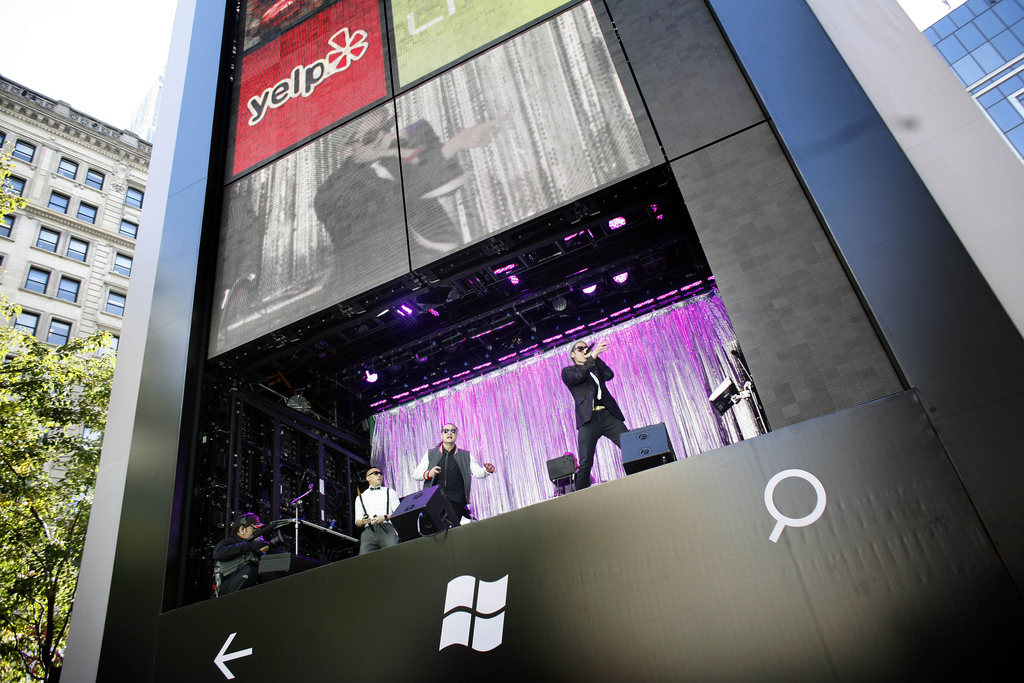 If either Bloomberg or CNET is to be believed, U.S. carriers Sprint and Verizon won’t offer Windows Phone 7 handsets before 2011, and none of the quoted spokespeople are saying when next year. Oh yeah? It’s a helluva way for Microsoft to launch the new mobile operating system.

Supposedly, Sprint and Verizon CDMA networks are reason for the, ah, delay, although I’ve got to wonder about “once burned, twice wary.” Verizon did support Microsoft’s KIN smartphone—as exclusive provider. Microsoft was late getting KIN to Verizon, then killed the handset six weeks after launch. Yeah, I bet those Verizon execs are feeling warm and cozy about Windows Phone 7.

I’m blaming Rolling Stone for what comes next. Earlier this week, issue 1114 arrived with Pink Floyd’s Roger Waters on the cover. He’s got a new tour of “The Wall” going. The last couple of days, I’ve been humming Pink Floyd classic “Another Brick in the Wall (Part 2),” which main lyric I here rewrite for Windows Phone 7’s launch without Verizon or Sprint:

Clearly, I don’t spend enough time at the Rolling Stone Website. When trying to link to the Roger Waters story, I hit a paywall. The magazine put up one in April. Well, frak that! By the way, I’ve written two excellent posts on the value, or lack thereof, of paywalls: “Can You Charge For News? Ask Google” and “The Price You Pay Google for Paywalls.”