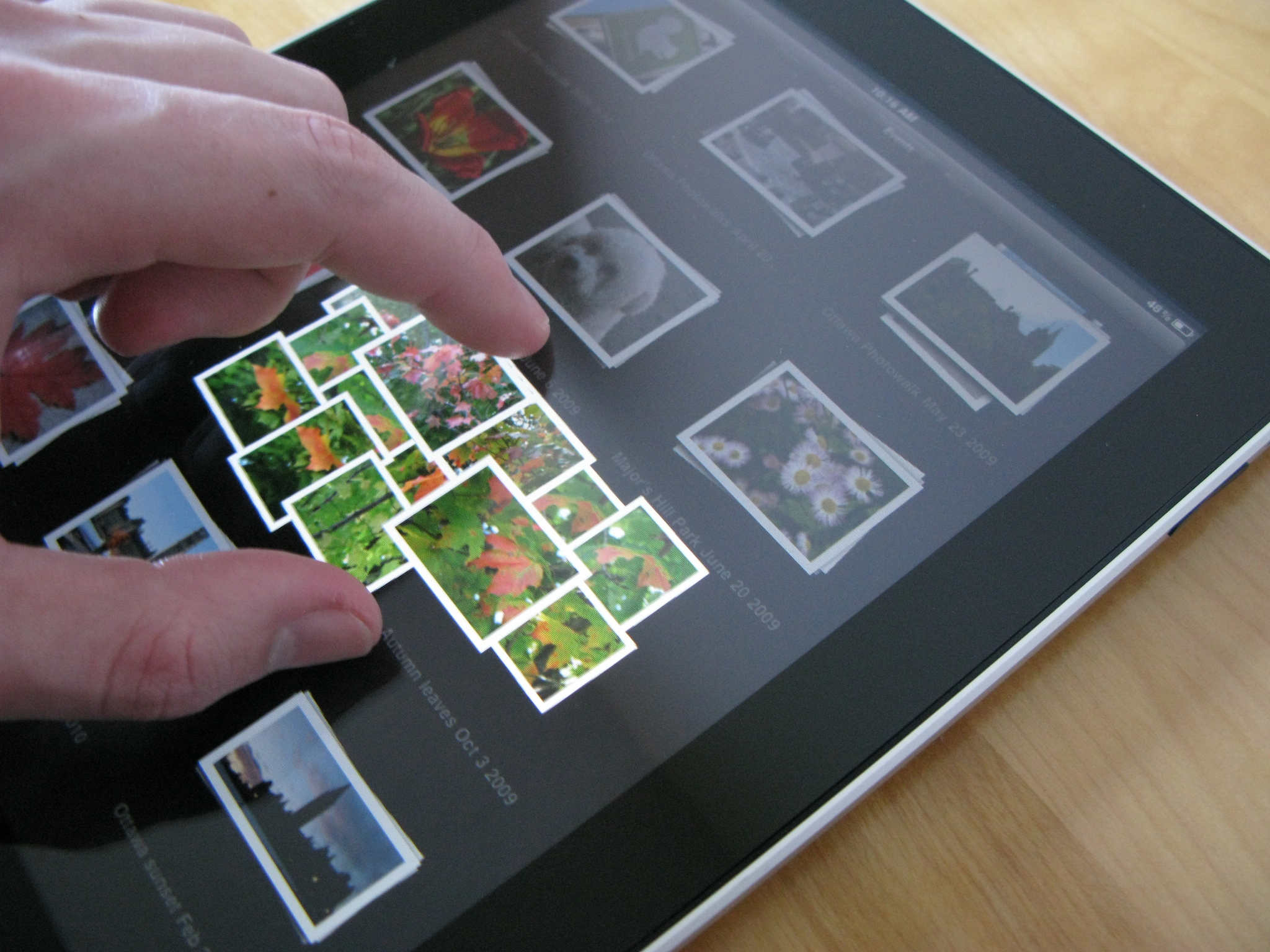 Two reasons stand out: iPod and iPhone, and the ecosystem supporting them. Apple launched its tablet with huge manufacturing, distribution, and third-party support, something it didn’t have with iPod and less of with iPhone. Purely from that perspective, and discounting design or technical merits, Research in Motion and Samsung are strategically in best competitive ecosystem positions to release viable iPad competitors. But will they?

Some Apple fans will disagree, arguing that iPad’s size, design, and user experience make it far superior to other tablets. I won’t debate those points here but only observe they would be meaningless without the supporting ecosystem created by iPod and iPhone. Apple didn’t launch iPad into a vacuum but with lush sales and distribution environment.

Building the iPod and iPhone Ecosystem
Apple released iPod in October 2001, and it offered dramatically better design and user experience than every other MP3 player then available. Apple had a good product but small distribution and third-party support. Great design or user experience wasn’t enough to ignite sales. There were only a handful of Apple retail stores when the 5GB iPod launched for $399, and Apple’s third-party sales were mainly through Mac dealers. But over the next three years, Apple made dramatic changes to its sales channel—and many Mac dealers were unhappy about them—to support company owned stores and to open up new, and often different, places to sell iPod.

Meanwhile, Apple improved product design, aggressively advertised iPod, made the music player available to Windows users, and opened the iTunes Music Store—to Mac users in April 2003 and to Windows users six months later. All the while, Apple expanded the number and variety of places that sell iPod. Today, iPod is available from more than 40,000 retail outlets worldwide, ranging from Apple Store to department stores to automated kiosks. Apple’s investment in product development and distribution paid off slowly at first before iPod sales exploded. For example, during holiday quarter 2003, Apple shipped only 733,000 iPods. A year later: 4.58 million. Holiday quarter 2010: 19.45 million untis—half of them running the same iOS operating system as iPad and iPhone.

The iPod ecosystem benefitted iPhone’s June 2007 launch, but there was still comparatively limited distribution. Some Mac fans will again insist that Apple built a better smartphone. Better or not isn’t the point—a product has to be widely available. Apple launched with a single carrier, AT&T; distribution was limited to the carrier and Apple retail stores. The company sold its 1 millionth iPhone 74 days after launch—an enviable number and time period, and much faster than iPod, but nothing like what came later.

Like the early days of iPod, Apple improved iPhone product design, aggressively advertised the smartphone, made supporting cases and other add-ons available through many of the same retail outlets as iPod, and expanded the number of places people could buy iPhone. More importantly, Apple opened a mobile app store concurrent with the release of the original smartphone’s successor—the 3G—in July 2008. Broader distribution and larger ecosystem accelerated sales: 1 million units during launch weekend.

Today, iPhone is available from carriers in 90 countries. In the United States, Verizon will become the smartphone’s second carrier on February 10. Over the weekend, downloads from Apple’s App Store topped 10 billion. Apple shipped more than 16 million iPhones during the holiday 2010 quarter.

Applied to the Tablet
Apple launched iPad with huge marketing, manufacturing, and distribution systems established for iPod and iPhone. As significant, Apple built up an application developer ecosystem for iPhone that easily transfered to iPad. Without this infrastructure and ecosystem—of which Apple’s hugely resurgent brand played no small part—iPad likely would have been a slower starter; perhaps like iPod nine years earlier. During holiday quarter 2010, iPad was available in 46 countries; neither iPod nor iPhone had such broad availability nine months after release.

During fourth calendar quarter 2010, iPad accounted for 17 percent of Apple net sales—a product only available since April 2010. Apple shipped 7.33 million iPads during the quarter, with broad third-party support for applications, cases and other add-ons.

Most competing tablets will launch in a vacuum—meaning with little to no supporting distribution or third-party participating ecosystem. The majority of these devices will fail. Apple’s tablet had a huge ecosystem backing it before one unit was sold. Ecosystem is iPad’s huge market advantage.

Among competitors, from marketing, distribution, and ecosystem perspectives, RIM and Samsung are perhaps in the best positions to launch iPad contenders. RIM already has broader distribution for BlackBerry that it can leverage for its tablet. Success will depend on many factors, including product execution, marketing investment and customer conversion—RIM successfully wooing BlackBerry owners to adopt its tablet. Even with these advantages, the task will challenge the Canadian company.

Samsung’s position is stronger. The South Korean manufacturer already sells a tablet that is supported by effective advertising—the Galaxy Tab. The company has huge global manufacturing and retail distribution supporting its many entertainment products and smartphones. Additionally, Samsung benefits from the existing and expanding Android applications ecosystem.

Ecosystem is the key—iPad has it, inherited from iPod and iPhone. Any viable alternative will need vast supporting ecosystem just to compete, let alone catch iPad.