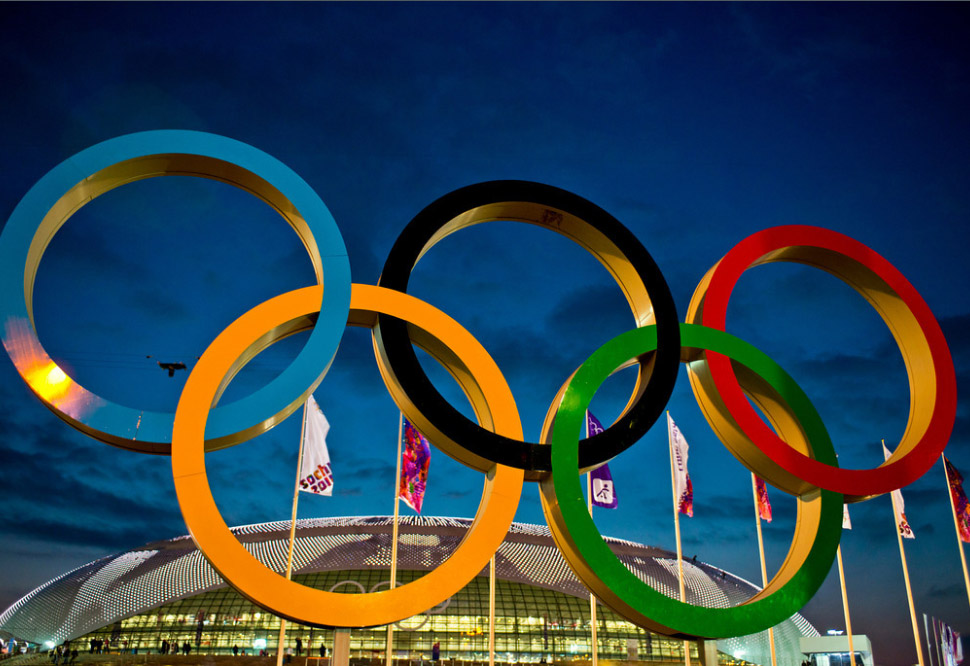 Mob Journalism is “news generated by the mob, or crowd”, I explained four years ago. “The mob gets ahold of something one of its members deems interesting and widely spreads it…There’s a different quality to Mob Journalism—a unified sense of rightness, but not always by everyone, about what’s shared”. As people share about the thing online, “the chain of spreading connections highly influences opinion”. Too often, the news media becomes a part of the chain—the mob—by its reporting.

More strongly stated: “Just because many people agree on something doesn’t make it true or news. Mob Journalism is where the crowd rules the news”. That’s the risk today, as the petition gains more signatures and news organizations report about it. The media loves controversy, and this one feeds into a larger lexicon of anti-Russia reporting (more on that in a few paragraphs).

Without commentary (right decision), NBC presents both skaters’ performances side by side, with graphical depiction of points given for each required element. I encourage everyone wondering about the scoring to view the video.

Last night, in a broadcast I saw following the “Tonight’s Show”, sportscaster Bob Costas asks Tara Lipinski and Johnny Weir about how Sotnikova and Kim were judged. Lipinski and Weir are both figure skaters. Costas’ first question is leading, referring to “controversy” because “the winner skated on home ice. Let’s suppose this took place in Salt Lake, or Torino, or Vancouver, is the outcome different?

Lipinski answers: “I think the way the judging went down was correct. One, two, and three, they were judged correctly. If you look at Adelina’s performance, technically, she was so much stronger. She does seven triples to Yuna’s six”. Lipinski goes on to assert that at the Olympics “skating safe” isn’t the winning strategy. “Adelina skated so free and alive, and it was that Olympic performance that you look for”.

Costas asks Lipinski if she would score the performances the same if the Olympics was held somewhere else, to which she answers: “I would”.

Weir agrees but broadens: “I feel that Adelina created that Olympic moment”. He refers to past champions who did likewise. “She created the moment, and that’s what everyone got behind”.

Mob Prosecution
As I so often say to bloggers or to other journalists, when evaluating anything, first ask: “Who benefits?” That’s the question here. Who benefits from the mob’s demands? People watching the coverage should ask as well about news organizations that join the mob from the sidelines. Olympic broadcasting is exclusive to one network in many countries—NBC here in the United States. The outsiders seek Sochi readership or viewership, too, and women’s figure skating is among the Olympic’s most popular sports. There is incentive to join the mob.

Because I haven’t written about Mob Journalism for some time, I Googled and, oh my, found something. Report: “The Media’s Role in Wrongful Convictions: How ‘mob journalism’ and media ‘tunnel vision’ turn journalists into tools of the prosecution“, which published this month. From City University of New York’s John Jay College of Criminal Justice, the paper presents three case studies—all from long before social media gave the mob rapid voice.

My definition of Mob Journalism overlaps that used by report author David Krajicek but is much broader. The Change.org petition is prime example, where the social media mob is the prosecution. The manner in which the news media participates is very similar to the perspective Krajicek’s case studies present.

This all ties into The Echo Chamber, where news organizations resound the same message. I don’t know what the mass psychology term is for it. Social peer pressure? Need to fit in? But there clearly are feeding frenzies around some topics or events, and the worst is where the mob drives news reporting.

Gay You Say?
The Sochi Olympics is so clearly an example of biased reporting booming around The Echo Chamber. Ten days ago, writing for The Nation, Stephen Cohen lays out the sins in “Distorting Russia: How the American media misrepresent Putin, Sochi, and Ukraine“. Every journalist should read the analysis and reflect upon it.

There is too much negative reporting, which is shameful and largely irresponsible. For example, stereotypes about corruption feed stories about spending on the Sochi Olympics, without sound sources or meaningful numbers. Corruption and conflict-of-interest accusations are sure to surface regarding yesterday’s free skate.

As example, ABC News has a report alleging corruption/conflict-of-interest among the judges but not offering from where the information comes. Who says? What’s the context and how did that judge score the skaters? The banter between news anchor and journalist is accusing and sensational.

As I so often say, bias is inevitable. Objectivity in the news is a myth. Too few journalists separate their feelings from their reporting, particularly when there is a clash of values. Consider how much of the negative news reporting followed Russia’s recent law affecting homosexuals. Gays can be imprisoned for their sexual orientation. Mob Journalism, and conflicting values, absolutely drives at least some of the negative, stereotypical reporting about Russia leading into and during the Olympics.

Yesterday, Costas asked Weir, who is openly gay, about his experience in Russia.  “How have you been treated in Sochi?” the sportscaster asks. “Fantastically”, Weir answers. Reaction to his appearance is similar to that in the United States. “We’ve had the best situation in Sochi, in Russia”.

Costas probes: “Within the Olympic bubble at least all good”. “We go outside the Olympic bubble all the time. Sochi is an Olympic bubble, but we go into the city of Sochi. We eat. We’re with the people“. The response he receives is welcoming enough. “There is no weirdness. Aside from what everyone was thinking coming into this games and besides what is actually passed into Russian law, the actual practice of this stuff hasn’t touched me or affected me—and I think I’ve really brought it in a very gay way to Sochi. So if there ever was going to be a problem, it would happen to me, and I’ve been absolutely fine”.

Mob Journalism isn’t just about the masses but the collective group of journalists who report what is vogue because their peers do. Russia’s laws affecting homosexuals is a human rights topic separate from Olympics sports reporting and the hysterical, speculative news stories about jailed athletes (or news commentators) ahead the games.

The question now: How much negative, controversy-driving reporting will there be about yesterday’s figure skating judging?

The mob should’t rule the news.