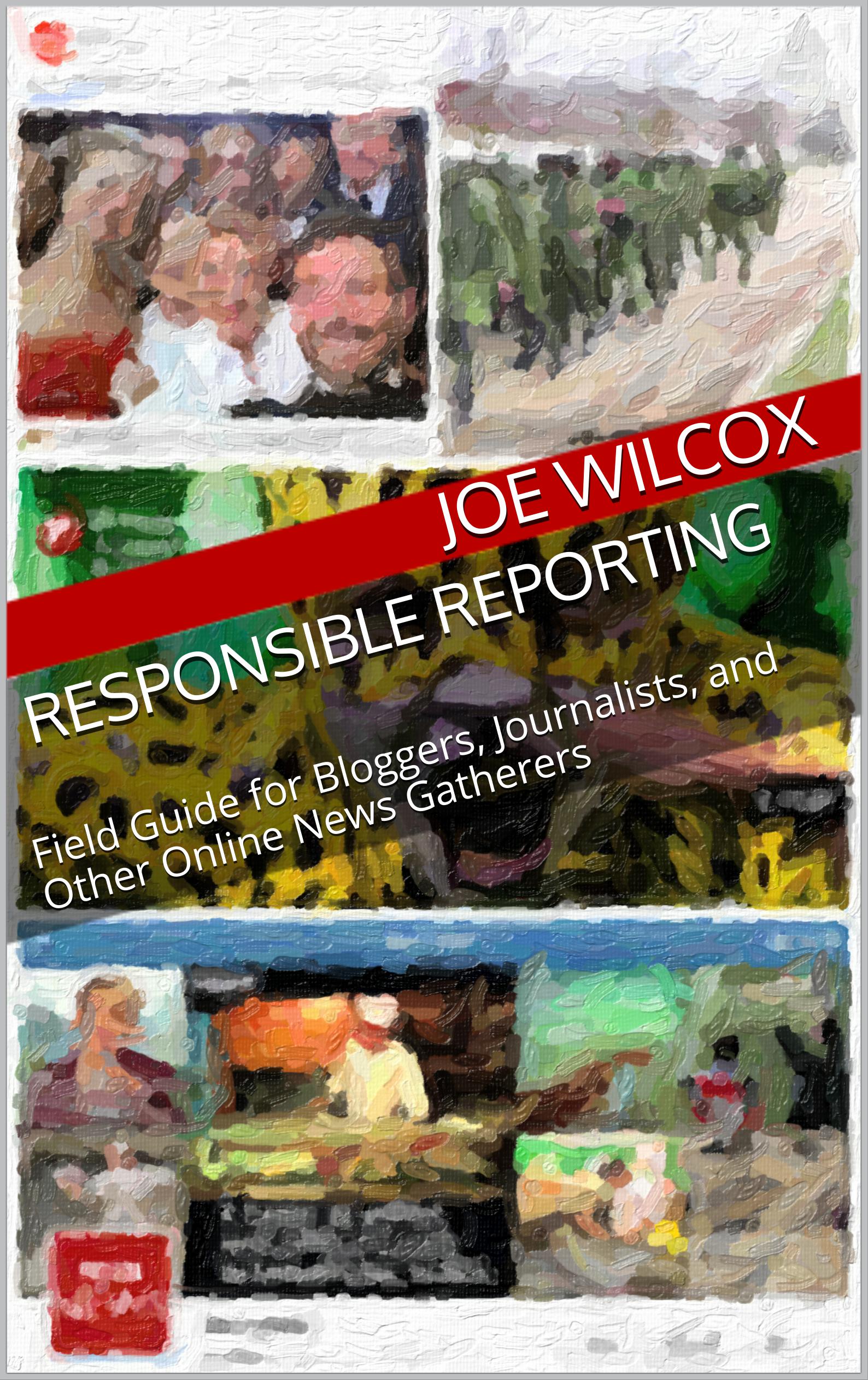 As explained in post “Bye, Bye, Be a Better Blogger“, I launched a 28-day crowdfunding campaign to raise enough money to spend two months researching and writing the book. But the campaign lost money and wasted valuable time. You can always get more money, but time is a commodity never regained.

But recovered time is exactly the accomplished goal. Without the resources to spend months writing, I changed tactics: Write fast and furiously and deliver a worthwhile, finished book sooner than my few crowdfund contributors expect. Digital cover to cover, I spent 15 days writing and editing, essentially compacting two months into two weeks.

As an online editor and journalist, I am accustomed to reporting and writing multiple stories—and because of my news analysis style thousands of words—a day. Responsible Reporting is more than 26,000 words long, or about 1,700 per day over the 15 actually needed, which includes ongoing editing and proofing.

The book is less ambitious than originally conceived, but the concept is more refined as executed and I can proudly say the overall narrative is stronger. My writing style is a bit clipped, and the book could use lots more humor and examples—byproducts of the tight deadline.

To meet the revised schedule, I rely more on my personal experience as a long-time editor and journalist, supported by research, and less on interviews as originally planned. So the reconceived book is more original research and analysis but less original reporting.

The streamlined strategy makes me writer, editor, and copyeditor. I don’t have budget or time for galley proofs, so all typos missed during the process are my own doing (or undoing, if you prefer).

Every chapter is written in the order presented, which hopefully accentuates flow. I know writers who painfully plot and plan every detail, creating lengthy outlines and writing this before that, reordering sections and chapters later on. I start down the road with general destination and let the reporting lead the way.

I strangely frame the first chapter by frequently quoting myself, referring to June 2009 post “Iran and the Internet Democracy“. The analysis is one of the best things you will read on this site. I observed changes in the course of the news industry long before many academics or my peers. But I only decided to take the approach after reviewing, from Columbia Journalism School’s Tow Center for Digital Journalism, a November 2012 report and October 2013 speech by Katharine Viner, Guardian deputy editor, making similar observations years later.

I knew Google would be the villain, based on previous research but only decided to adopt Shel Israel’s and Robert Scoble’s Age of Context book title as framing phrase after writing started.

The original plan was two sections with multiple chapters—one giving a state of the news media and the other providing a go-to action plan. But midway through the second chapter of part two I could see a third section would be needed.

But far into section 3 reporting and writing, I realized two more probably fit, too: data journalism and immersive journalism. After examining the research and looking at my deadline (originally nine days) already passed, I decided to publish as planned and to make major changes in a future book update. If necessary. Based on the reporting so far, the book likely should highlight seven, not five journalisms, relevant to contextual news creation and consumption. However, I wasn’t confident enough given the book’s far-along progress to rewrite some sections and add two major chapters—not without research for which time was out of reach.

From the start, I knew that audience, sourcing habits, and original content would be major themes but not how they would be presented. Flow of earlier chapters and research reporting defined the concepts’ eventual writing.

The second-to-last chapter is huge divesture from the one planned. On March 3, some bizarre glitch disappeared the book’s browser bookmarks folder containing months of collected headline-writing, sourcing, and reporting examples—butcheries and beauties alike. Unable, by using browser history, to reconstruct the lost URL list, I completely changed tact, compiling a nine-item list of best practices instead.

Again, there are three sections. The first, “News in Context”, is a state of the online news industry. The second, “The Five Journalisms”, examines the aforementioned five categories of news gathering most revenant to the age of context. The last, “What You Must Do”, applies concepts from the other two to present guidelines for responsible reporting.

The book cover delayed publication by a day. I could conceive of no satisfactory concept. At one point, I considered shooting a laptop, smartphone, and tablet together with a globe—and that’s an option for future consideration. Instead, I put together a small collage of items from contextual news services and used Alien Skin Snap Art 4 to apply paint brush effect. To save time, and with great frustration, I used Amazon’s Kindle book cover creation tool to apply text, but not to my satisfaction. The book cover defies my KISS (keep it simple, stupid) sensibilities. But it is distinctive and colorful, which is good enough for my deadline.

I price Responsible Reporting at $7.99—a bargain for the brilliance—since there was no professional copyediting, editing, or illustration and I scrapped the dozen or so planned interviews (expecting nearly double the number, since one interview usually leads to others not considered at the start). The book is around 110 pages, depending on digital format.

I wrote the tome on a 13-inch MacBook Pro with Retina with Display (2.4GHz Core i5, 8GB RAM, 256GB SSD) accompanied by iPad Air and iPhone 5s. Chromebook sat out this project. I typed the book using Apple Pages, then converted to docx for final pagination in Word 2011 before ebook conversion.

Anyone willing to write reviews at Google Play, Kindle Store, and Smashwords (got to be all three) can get the book for free.  Ping me on Google+ or Twitter. There is no quid pro quo here. If you don’t like the book, say so. Of course, positive reviews would be welcome, but honest ones are better for potential buyers. Stores like Amazon have generous return policies. Honest reviews help potential buyers make informed decisions, rather than ones they regret later that lead to dissatisfaction or book refund requests. So, please, be straight.