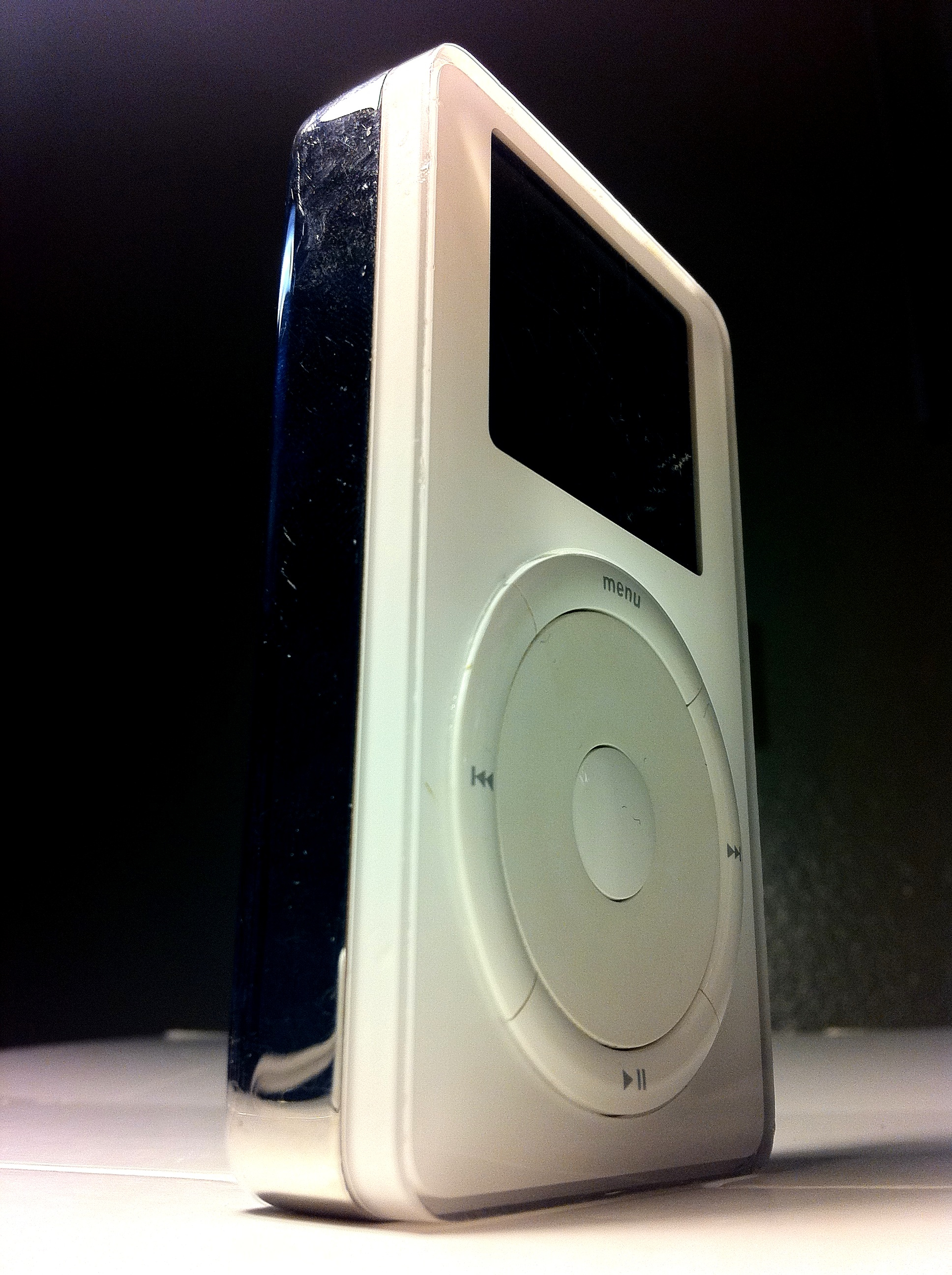 In my professional life as a journalist, I only wrote one rumor story for which sourcing was truly sketchy. Generally my rule is this: Write what you know to be true in the moment based on the most reliable—and identified, meaning we directly communicated—sources available. But I didn’t feel confident about my Oct. 17, 2001 iPod story. My source (only one) confirmed that six days later Apple would unveil a “digital music device”, but it wasn’t clear what that meant, something the story reflects.

I reminisce about iPod because it’s gone. CNET, where I worked when writing about the mystery music device, reported the device’s disappearance yesterday. The link for iPod Classic now goes to iPod Touch, and the music player is no longer sold at Apple Store Online—not even refurbished. The extended name, adopted in 2007, is appropriate. The original iPod is a “classic”. It is one of four foundational products released in 2001 that still drive everything Apple in 2014. Music changed the fruit-logo company long before iPhone established the world’s largest tech company.

Better Late Than Never
iPod represents somerhing special about cofounder Steve Jobs and his leadership team, which included Tim Cook, Jony Ive, and Phil Schiller, at the Millennium’s start. Jobs turned a misjudgment into something special. Apple was a latecomer to music. Big time.

The year before launching iPod, Apple continued its bet on personal movies—all while Windows PC manufacturers looked to music, as they capitalized on the Napster craze. In the last days of July 2000, I looked over new iMacs at CompUSA and thought: “I wouldn’t buy one for my mother”. That was a gut reaction that made sense when I reflected about it over a weekend. No Mac shipped with CD-RW drives or music-ripping software. I consulted analysts and wrote a news story on Aug. 2, 2000: “Apple misses the tune on CD-RW drives“. Excerpt:

Apple, which is often credited for making style and design a factor in PC purchasing, has not been able to effectively capitalize on one of the hottest options for PCs today: the CD-RW drive…

Rather than music, Apple has pushed hard into digital imaging, touting mid- and high-tier iMacs with DVD drives and FireWire ports for attaching digital camcorders. But in reality, consumers are more interested in CD-RW than DVD, analysts say. In June, for example, while more than 40 percent of systems sold included CD-RW drives, said Baker, only about 20 percent had DVD-ROM drives. And most of those computers also came with a CD-RW drive.

Whoa, did that story, like many others, generate negative reaction among the Apple Faithful, as I explained last week. Coincidentally, weeks later, Apple bought SoundJam—the foundation for iTunes, which launched in January 2001.

Truly Classic
Apple’s musical turnabout is bigger than iTunes and CD burners. Macworld’s “The Birth of the iPod” is a definitive history that explains how Apple developed the device in just a matter of months.

Yesterday, during the Apple Watch media event, Tim Cook emphasized the importance of breakthrough user interfaces for new product categories. He identified them for three products, and all share one thing in common: Touch. That’s mouse for the Mac; click/scroll wheel for iPod; and capacitive, multitouch screen for iPhone. But Cook over-simplifies, regarding iPod. Simple sync is the killer UX feature.

Apple’s DVD movie strategy meant people either made or bought their own movies. CD burners and iTunes capitalized on what music consumers already had, whether downloaded illegally or purchased discs. iPod gave users a way to carry the content they already owned with them. The ease of ripping to and organizing in iTunes was step 1. The second step mattered more. To sync music, users plugged their iPod into the Mac. Competing devices used cumbersome, user-unfriendly, multi-step Wizards that didn’t work as well.

Something I will discuss further in a future post: The original iPod was well-balanced. There was excellent balance of features (click/scroll wheel, 5GB hard drive, battery life, and sync) to benefits (simple navigation, 1,000 song storage, lots of listening time, and drop-dead easy transfer to device). Then there was good physical balance—how the device felt and could be used in the hand.

Competitors that tacked on more features, like FM radios, didn’t get the simplicity that made iPod so appealing.

Risky Business
I met with Apple’s PR team in a Washington, D.C. hotel for an official briefing soon after iPod’s launch. I received a review unit and bag of (20) CDs—as Apple discouraged music theft but wanted journalists to get the full user experience.

The meeting took place in the shadow of terrorist attacks that occurred 13 years ago tomorrow. One of the planes struck The Pentagon, which wasn’t that far away. There was a grim mood in the area and around the country, which created poor receptive marketing atmosphere for launching anything.

But Apple assumed another risk—entering a new product category for which it had no prior experience and during financial hardship. Recession gripped the United States, and Apple had suffered share price and quarterly revenue setbacks as a result.

For many reasons, Jobs and Company defied corporate sanity by bringing iPod to market. But as they, no risk, no reward.

I used the original-style iPod, which gained the “Classic” moniker with the sixth-generation release, until Jobs unveiled the nano in September 2005. The first iPod nano, for which some griped easily scratched, is to this day my favorite music player. The device was finely-balanced, felt and looked good, and delivered superb UX. Every nano that followed took something away from the original.

These days, like many other people, I listen to music on my smartphone. But I remember where it all began—on an autumn day, not long before Halloween in 2001.