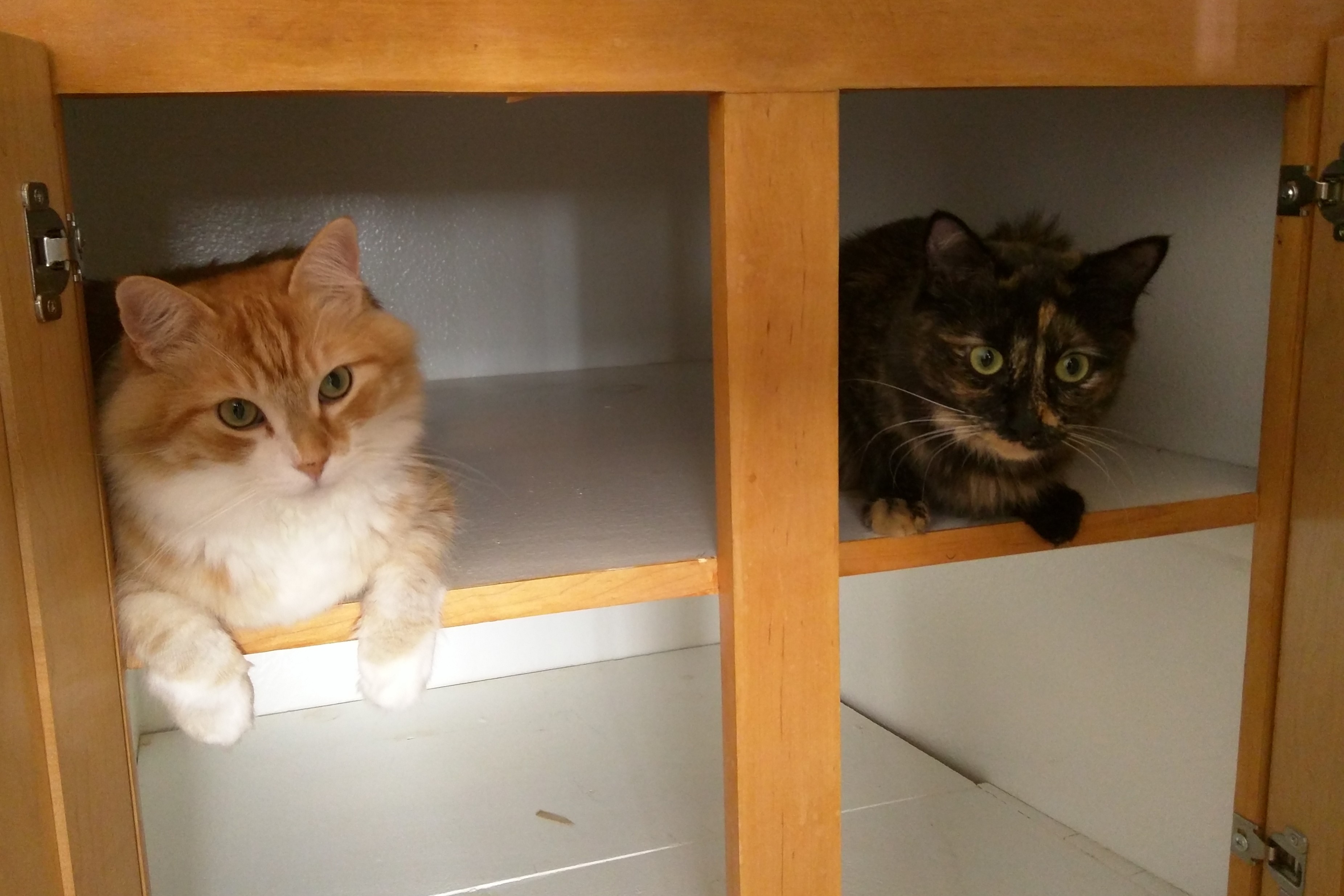 My 20 year-old daughter moves home this week after two years of living elsewhere—college dorm, then group home. She will take our bedroom, in a swap with her parents. As part of the preparation, my wife cleared out the built-in linen closet, and you can see the result.

The photo is deceiving, however. Neko, our ginger, jumped up to escape Cali, who was named such for being a Calico, which she is not. The yearish-old kitty is a Tortoiseshell. Cali chases down her male rival, for play and territorial dominance; sometimes seeing which is impossible. Neko often takes higher position to get away from her. In this rare instance, she joined him and settled in. They weren’t really as friendly as appears. But the cats get along okay.

I pulled out Nexus 6, barely fast enough before Cali leaped to the rug and ran off. I used Snapseed to edit but discarded it. The filter turned portions of Cali’s tannish fur splotchy green, Gross. Please enjoy the cropped original.