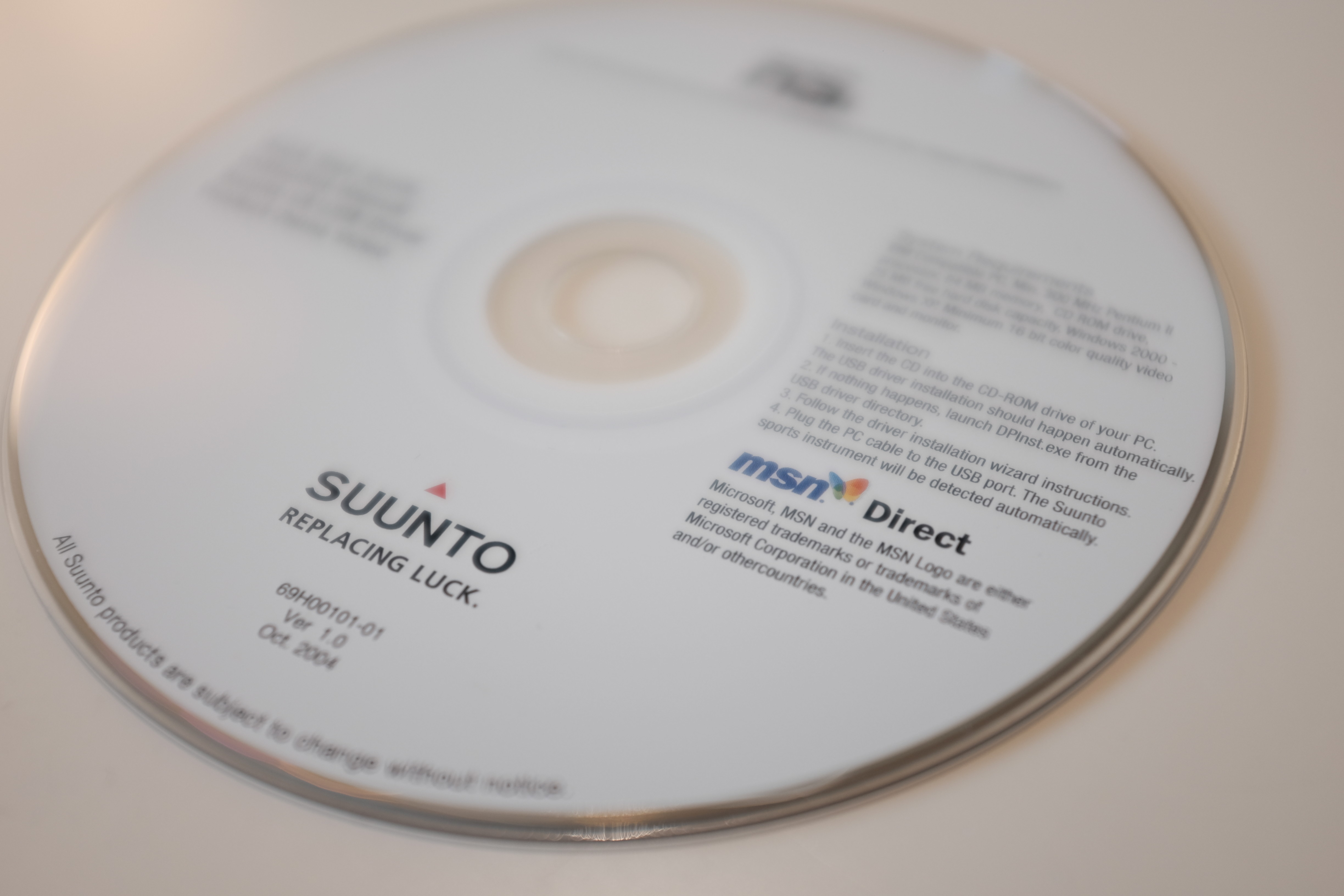 Sunday afternoon, I cleaned out old CDs from a folder to make room for DVDs the family will keep but in more manageable storage. The things we save and forget about: install disc for the Suunto N3i MSN Direct smartwatch. The discovery is opportunity to express one of my ongoing gripes regarding news gathering today: Wild speculation about things to come that ignores context of past accomplishments.

Consider the smartphone, which you would think Apple invented based on all the blog blathering. Credit belongs to Nokia, about 20 years ago. Then there is the smartwatch. My feedbox fills with increasing speculation about when Microsoft will develop a wristwear platform or when will traditional timepiece makers produce the devices. Been there, done that.

Time Passages
Thirteen years ago, Microsoft introduced the Smart Personal Object Technology Initiative, which core capabilities became a smartwatch platform supported by the MSN Direct service. The company did not produce the timepieces, nor did any Silicon Valley based tech startup with Asian manufacturing plants. Fossil, Suunto, and Swatch created clever designs that looked traditional or even better. Fossil’s Dick Tracy SPOT watch was classic and is worth resurrecting for this decade’s second attempt to make a smartwatch that’s dumb enough for consumers to appreciate.

Consider that there was even a Dick Tracy watch to imitate from comics, which demonstrates how old is the concept of a smarter wearable for the wrist. I wore a Casio databank watch in the 1980s that had a tiny keyboard for inputting up to 30 entries with contact information. The idea, supported by watchmakers, predates tech companies advance into the category.

Last decade, the SPOT/MSN Direct platform tickled my fancy for innovation that, in too many ways, arrived before the consumer market was ready. Microsoft put real-time news, sports, traffic, and weather alerts on your wrist three years before Apple put them in your pocket (where Steve Ballmer and Company or Nokia placed them already on earlier smartphone generations). Calendar reminders and instant messages also joined the cornucopia of information arriving to your wrist.

But consumers didn’t really embrace the concept, leading Microsoft to kill off its smartwatch platform in 2008. The effort failed for many reasons. High among them: Ironically, the sudden smartphone surge spurred by Apple and its imitators. iPhone—and other touchscreen handsets—was smarter, offering overlapping benefits better and providing so much more. How strange, and not, that the second smartwatch wave is so dependent on smartphones.

Ahead of its Time
I am amused, and disappointed, by Internet rabble that ignores the past as context for understanding the present. Consider some of the capabilities available then that commentators pine for now—or will never see.

1. MSN Direct Watches mostly worked independently. Users needed a PC to set up alerts and Outlook sync but their timepieces were not tethered to mobile phones, as are most smartwatches sold today. 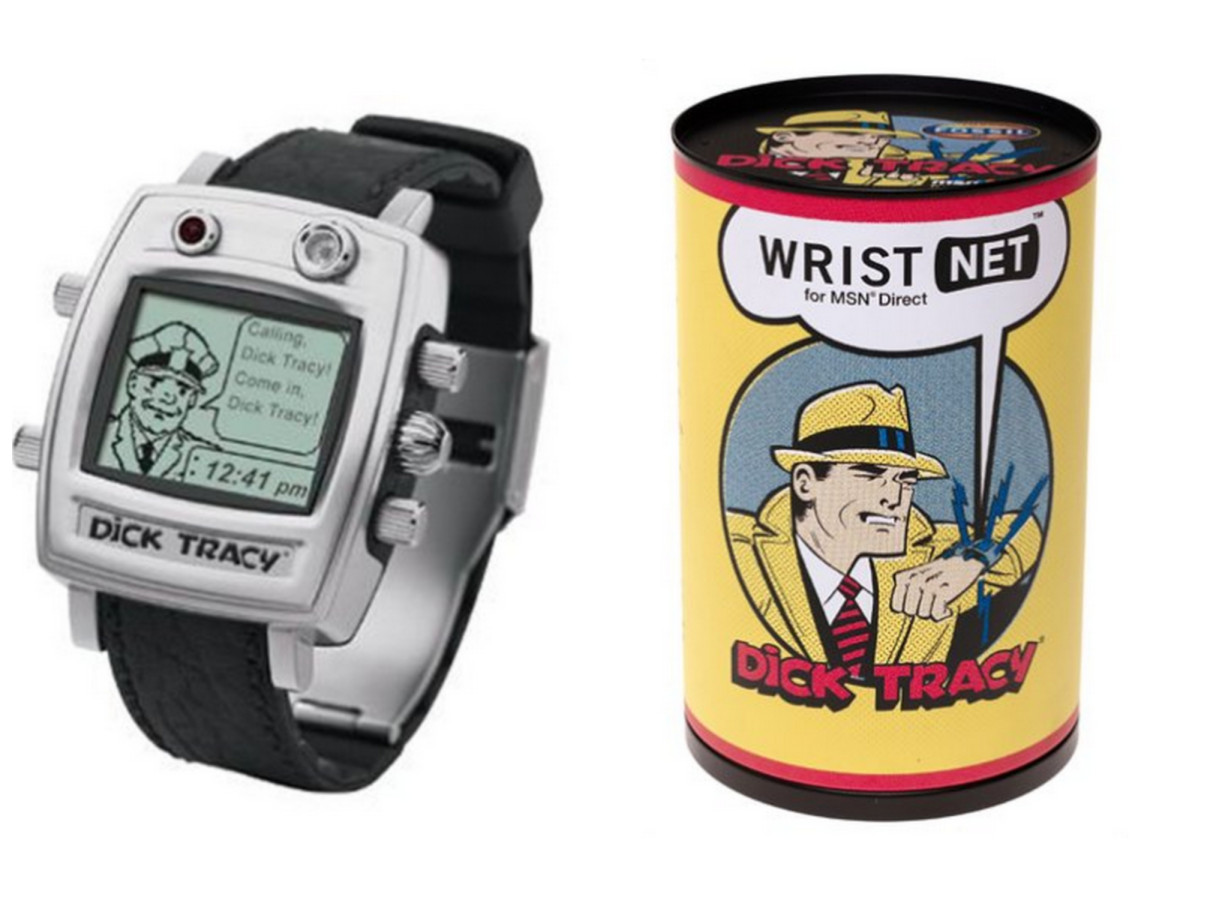 2. FM radio was Microsoft’s secret ingredient. Alerts and other information broadcast to the watches, which is how they could be independent of handsets and not need battery-life sucking cellular radios. Ingenious!

3. Microsoft platform smartwatches offered battery life that overwhelming exceeds Apple Watch and Android Wear devices. Four days or more was typical, even with that FM radio. Most adopters today can praise the deity of choice when their smartwatch lasts 24 hours for normal use. It’s a miracle!

4. MSN Direct Watches looked smart. That’s what happens when companies with timepiece traditions make the devices. What Fossil, Suunto, and Swatch understood then that Apple designs for now: A wristwatch is more than just a timepiece. It’s a piece of jewelry. Jewelry is a status symbol, too—think Rolex watches in some circles and body piercings in others, or both.

I wear the LG Urbane, which is an attractive and practical smartwatch. Most functions exceed last decade’s MSN Direct/SPOT platform, which arrived before the market was ready and is forgotten by too many people writing about the newer gadgets.

By the way, I started wearing the Suunto smartwatch is January 2004. The install disc is all that remains.