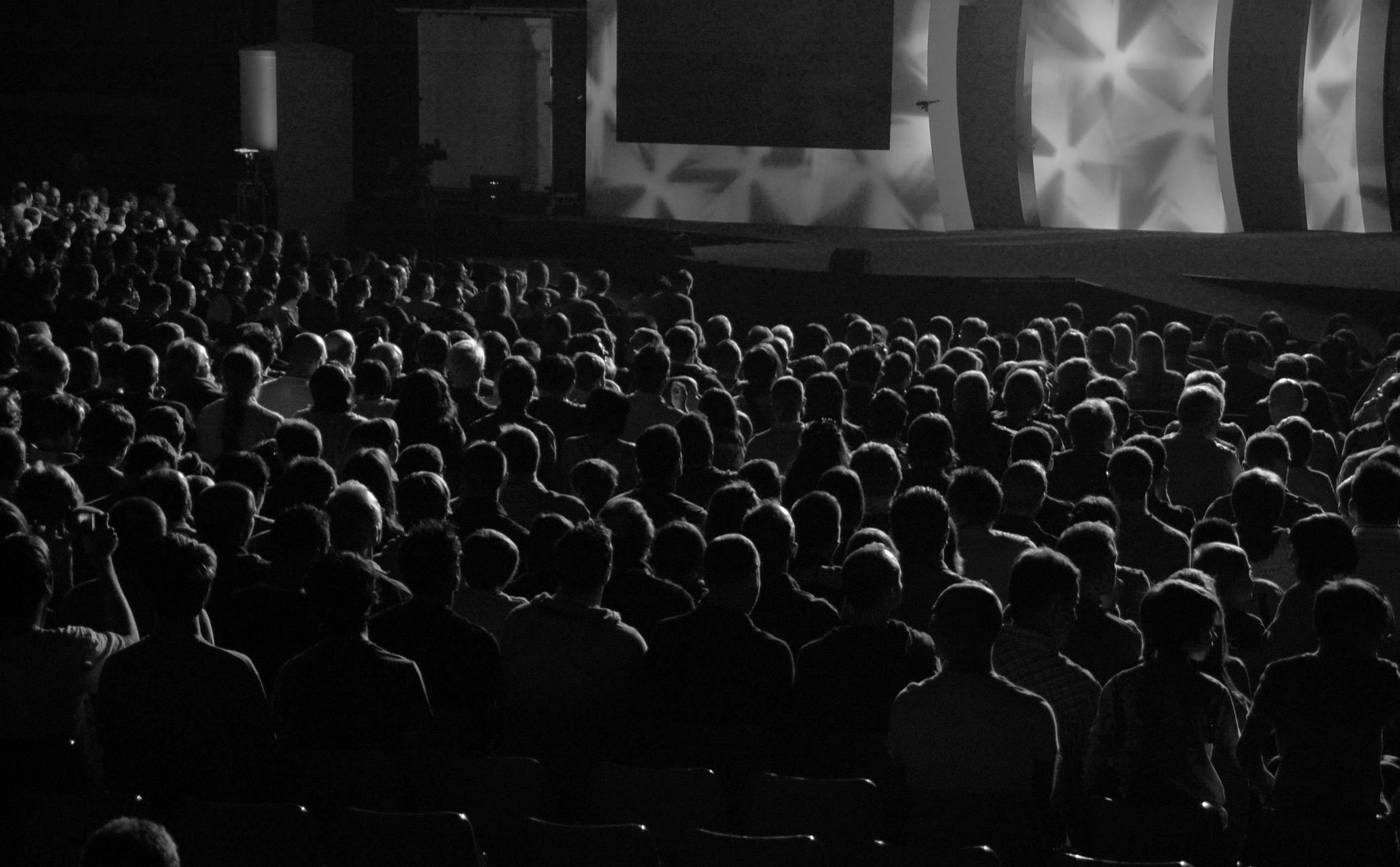 Serialization of my ebook Responsible Reporting: Field Guide for Bloggers, Journalists, and Other Online News Gatherers, resumes following a three-week hiatus. Two sections behind us, we come to the final one. What came before: Foreward; Section 1, Chapters I and II, III and IV, V and VI; Section 2, Chapters I, II, III, IV, and V.

The book published in Spring 2014, and all information herein was current then and nearly all of it is still relevant today. The first two sections build up to the third, and I strongly encourage you start at the beginning and read through the previous 10 chapters plus one before continuing.

Before jumping into the chapters, the section’s introduction explains:

Successful media groups must produce original content, and in so doing build loyal audience that advertisers will pay to reach. But there are other considerations, regarding what is responsible reporting that is responsive and adaptable to readers who are as much news participants as consumers. The third section sets an agenda and lays out principles that news writers should adopt.

Reminder: Responsible Reporting will release into the public domain some time after the serialization concludes. With that, let’s begin…

As previously asserted, you cannot serve two masters. The choice is Google Search or audience of human beings. There is no creating news content for both. Besides, if you truly embrace the age of context, then your content goes to the audience, wherever and on whatever it may be. That equation doesn’t compute well for Google’s algorithm (look how few of your tweets organically show up in web searches)—all the more reason to abandon SEO as the editorial priority.

As aforementioned, new media startups Medium and Upworthy show the way, as does Daring Fireball. Audience matters, and advertisers will pay to reach it.

Forensic coroners autopsying the traditional news media typically identify Craigslist, and services like it, for the death. Google is the killer, not free online classifieds. Murder weapon: Shift from audience as measure of advertising’s value during the print publication heyday to pageviews and related traffic/click measures online.

Yes, circulation matters for magazine and newspaper advertising, but the metric favors audience, too. Strangely, all these newfangled online measurement tools, from Google and others, are supposed to be a demographic goldmine for advertisers. So why are clicks and pageviews so much the measure? Because Google’s search monopoly and advertising dominance demand it.

I am amazed watching newspapers struggle to make the transition from print to the web. They have a long tradition of audience affiliation—that’s the foundation for any local paper’s success. Know thy readers. So it’s baffling to see newspapers cast aside what they know so well and let Google and rivals like Facebook or Yahoo set the rules for online advertising.

Ads in Context
Change is afoot, however, and opportunity with it. During the first three quarters of 2013, television accounted for 57.6 percent of all global ad spending, which reached $243.5 billion, according to Nielsen. Internet: 4.5 percent, or one-half magazines and nearly one-quarter of newspapers. TV ad spending is up 4.3 percent year over year but the big growth is online: 32.4 percent.

As advertisers spend more money online, they recognize the traditional model’s declining value and the increasing importance of context. The situation creates opportunity for savvy publishers to return advertising’s value to something they know well. Audience.

These trends favor audience and context. Know who consumes your content and where.

Traditionally, the news media separates advertising and editorial, so that one doesn’t overly influence the other. So why then do I dedicate so much copy in a book for writers? Because SEO, which directly relates to ad revenue, affects editorial decisions, such as writing headlines. Additionally, I want to encourage you to get back to one of the most basic principles of good writing: Identify your audience and write for it.

In the age of context, audience is your most valuable commodity.

Who is your audience? Cows? Fence posts? Toilet seats?

Other human beings, right? People identify most with people. That obvious observation is sometimes lost on large media organizations, and it is something not to be dismissed in the age of context. The brand that matters isn’t the media group but the shining personalities working for it—those who make the five journalisms a way of life.

Chapter “Conversational Journalism” touches on this topic, which warrants expansion. Magazines put handsome people on the covers, for a reason. Cults of personalities form around actors, while groupies follow musicians from city to city. Celebrity gossip is all the rage—look at the success of TMZ or how much dirt Huffington Post dishes alongside aggregated news. People follow people.

Sign of the times: Prominent personalities publicly define many new media companies. Among them:

Michael Arrington would be on the list if still running TechCrunch and former Apple CEO Steve Jobs if he lived. Within media organizations other stars shine, and if not you it should be.

All for One
In the age of context, you must identify your audience and go to wherever it is and build brand share and loyalty—maybe Reddit or Tumblr, perhaps some startup app, like Jelly from Twitter cofounder Biz Stone. You may want to write for three different blogs, vlog one other place, and participate in several different monthly podcasts or Hangouts. The audience attaches to you rather than the branded service or site where you contribute content.

BuzzFeed editor-in-chief Ben Smith describes a “shift in power in newsrooms…from news organizations to the individual reporter”. You are the brand that matters.

How do you stand out from other news gatherers and eke out a living? Produce original content. Don’t regurgitate someone else’s work. Do share stuff that interests your audience, from among its members or produced by your peers. But make the priority producing original content that is distinctive to you and that appeals to your audience.

Plural is better—audiences, because you likely will have many. For example, when I write for BetaNews the audience expects news about Apple or Microsoft. I often provoke readers with headlines like “Microsoft makes Windows 8 worse”; “I declare independence from Apple”; or “The PC era is over”. The content, largely original reporting or analysis, is intentionally written to create debate and to encourage readers to explore different perspectives.

My 16,500 Google+ followers expect something different, cheerleading for the big G, and I typically give them what they want. On March 3, 2014, when linking to colleague Brian Fagioli’s  story about new Samsung Chromebooks I quipped:

My followers got the sarcasm, which makes them feel part of the story—conversational journalism in action. Truth be told, I wrote that comment, and this book, on a 13-inch MacBook Pro with Retina Display. But my Plus audience is more interested in Google gear, and I started 2014 off by publishing book Chromebook Matters. So I meet my audience’s expectations.

One for All
Anecdote: Black Friday 2008, I walk with family and friends through the Veijas Outlet Center. Two tweens approach and stop before my daughter. “Are you Morripopp?” they ask. She startles, blushes, and nods. “We just love your videos!” The three chat briefly, and the younger girls leave.

“What videos?” I ask. My daughter is reluctant to answer, but I press. About five months earlier the 14 year-old set up a YouTube account and started vlogging. She already has more than 3,000 subscribers, which number clicks up daily. Morripopp (her online identity) offers tips about makeup and fashion, which are important to her. She is personable and pretty.

By 2010, she tops 12,000 subscribers—sizable audience by producing original content. But as high school demands increase, she posts less often; then stops. The problem: While Morripopp built up audience around fashion and makeup, her priorities change as she matures and college approaches. Her interests no longer align with her subscribers—her audience. Soon after graduating high school, Morripopp pulls down all the videos. Her YouTube channel becomes a ghost town.

In 2014, my daughter regrets abandoning YouTube and her subscribers. She started vlogging in June 2008, pioneering a content category that imitators later turned into prominence and profits. Remember, YouTube was still a fairly new and immature service six years earlier, when the 14 year-old posted her first video. Even idled, more than 9,000 subscribers remain connected to the vlog, and they will be foundation for whatever direction she goes next.

I call out my daughter as example, because she built up audience by producing original content and actively engaging her subscribers. Her videos fit into the category of news, because she typically posted about new products (most of which the family paid for; she received few promotionals, although offers poured in). Morripopp also demonstrates the power of personality-driven brand.

In the age of context, social sharing tools amplify individuals’ brands over larger media entities. Brand Whom matters more than Brand What