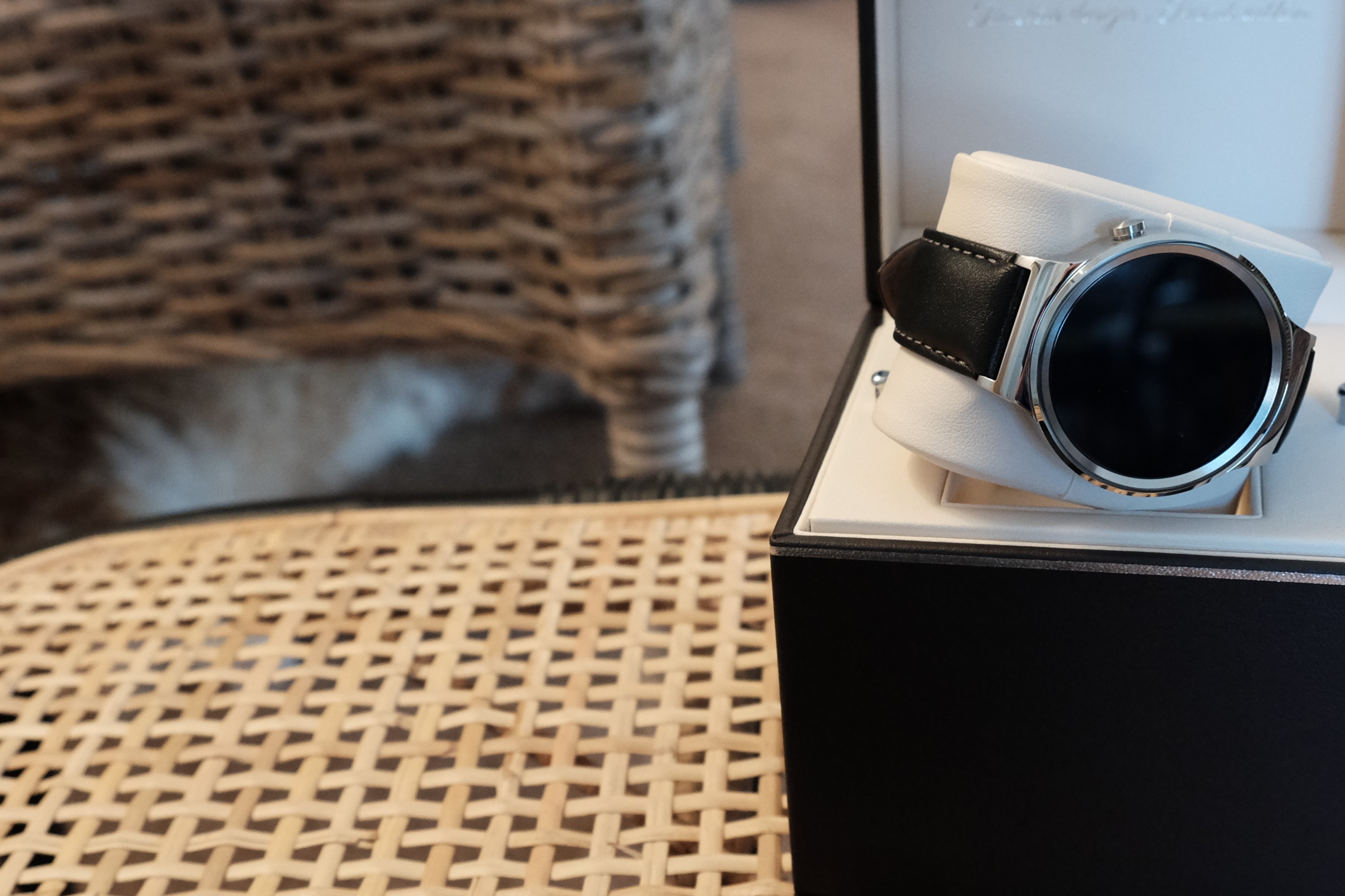 WOW. I needn’t write more (but do feel obligated). My smartwatch arrived from Amazon about 10:30 this morning. Reading reviews beforehand spoiled some surprise, but the out-of-box experience nevertheless stunned. The box itself is superbly crafted and booms fine jewelry. If Huawei’s objective is to impress craftsmanship and artistry, goal accomplished.

In January 2004, when working as analyst for Jupiter Research, I wrote about Microsoft and its partners’ early push into the smartwatch market: “A wristwatch is more than just a timepiece. It’s a piece of jewelry. Jewelry is a status symbol, too—think Rolex watches in some circles and body piercings in others, or both”. The tech has to look good, too. This attribute is vital because of precedent. Watches are worn as much for their looks as function, and appearance often matters more.

Something else: The devices you use establish status—having the newest, coolest thing. Apple understands this better than any high-tech company, or so I thought. Enter Huawei, which delivers the handsomest smartwatch I have seen to date. Stated bluntly: iPhone is outclassed—and for a much more affordable price.

The majority of reviews I’ve seen compare the Huawei to the second-gen Moto 360, which bears some design similarity and timing availability. However, my first-impressions will focus on a comparison to Apple Watch, which I recently sold. This sleek Android Wear device demonstrates what an Apple Watch killer needs to be.

Apple vs Huawei
Now for the comparisons. Drum roll, please.

3. Both smartwatches are finely crafted with superior build quality.

5. Outfitted with similar glass and case material, Huawei’s smartwatch sells for $349 with (truly) fine leather band, and Apple’s is $599 with synthetic rubber strap.

7. I find the Huawei Watch screen to be subjectively brighter and crisper and, more importantly, easier to read outdoors than Apple Watch (or other Android Wears).

8. Both devices have excellent ambient-display modes that brightly-enough show time and notifications, such that the devices look like watches rather than blank screens on the wrist.

9. The Android comes with Bluetooth 4.1 and its iOS competitor Bluetooth 4. Both have WiFi.

10. Both smartwatches have 512MB RAM, but Apple doubles storage to 8GB.

11, Both pack heart-rate sensors. Apple Watch is supposed to be more accurate, but I get as good or better with Huawei, which nailed my 57 beats per minute heart rate when testing today. Prolonged use is better measure, however, and Apple’s HealthKit is the killer app for the fitness obsessed.

12. Both devices take voice commands, but Apple Watch lets you make and take phone calls on the wrist. It’s a helluva useful feature.

13. Apple Watch packs gyroscope and accelerometer; Huawei adds a barometer to the other two.

17. In my early testing, Huawei Watch runs more smoothly than Apple Watch (or other Android wristwear). The experience is fast and fluid.

18. Both watches look really good on the wrist, and they fit comfortably (and I have small wrists). But Huawei Watch’s leather strap outclasses Apple Watch’s faux rubber—for $250 less.

That’s enough for tonight. But if you’re wondering, in the photo, that fluff ball in the background is Neko, our ginger cat.

For more photos of both devices, see my “Smartwatches” album on Flickr.