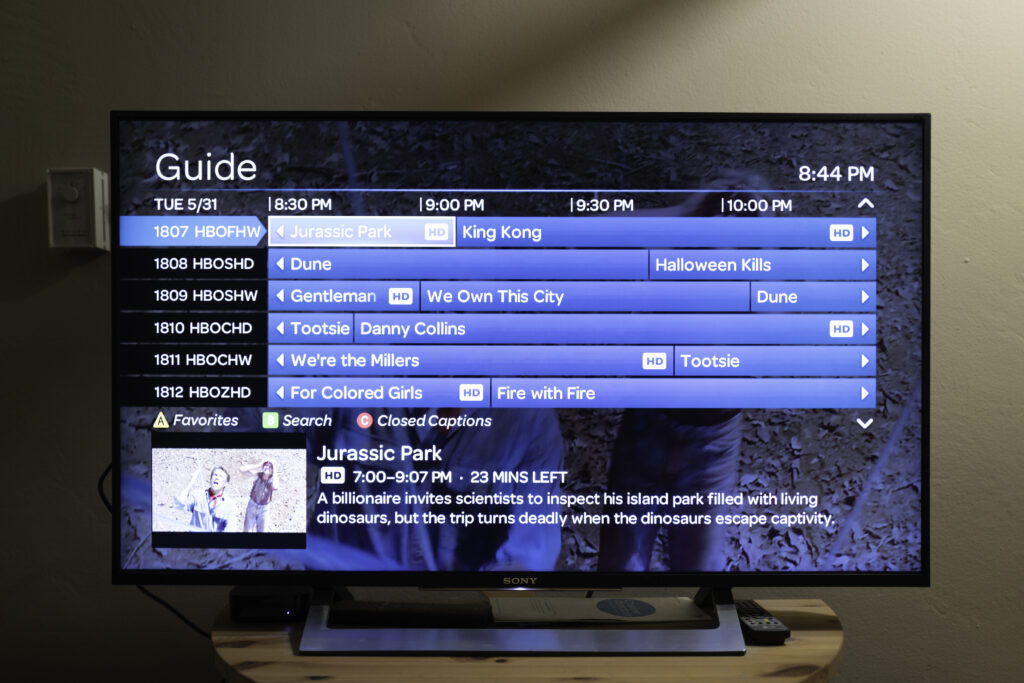 The Wilcox family was an early adopter when AT&T U-verse arrived in our San Diego neighborhood in February 2008. The IPTV service came with 18Mbps DSL Internet, which we upgraded to 24Mbps in May 2010. During July 2014, we switched off the service in a cut-the-cord experiment that failed; we still needed wired Internet and streaming options turned out to be cumbersome and not cost-savings enough. U-verse returned until November 2015, when we tried all-streaming once more. But AT&T IPTV won us back, not long later.

In October 2017, we moved to a different apartment in University Heights, where seven blocks changed everything: AT&T offered 18Mbps Internet (rather than the 75Mbps we then had) but no U-verse. Cancellation was the only option and switch to competitor Cox. By June 2019, the company could deliver the previous Internet speed and IPTV. We gladly returned to being customers. At Midnight tonight, the relationship ends—and I feel nostalgic about the necessary change.

We’re early adopters again, quite literally cutting the cord this time. Over the weekend, we set up fast, affordable, wireless Internet from a local company. For some unfathomable reason, during SARS-CoV-2 (severe acute respiratory syndrome Coronavirus 2)/COVID-19 lockdowns, my wife and I started spending more time watching streamed content and less live or recorded television. Changed behavior made U-verse increasingly redundant and overly expensive for the value alongside separate streaming services that we paid extra for.

The U-verse program guide may no longer be trendy, but everything about it and the overall service is compact, efficient, and tidy. If not for the pandemic precipitating new content habits, we wouldn’t have considered changing anything. We’re happy customers.

With wireless Internet affordably available, at speed faster than our current 100Mbps, and forthcoming non-promotional price increase that would push U-verse well above $200 per month, my wife and I decided to give up AT&T IPTV and solely stream or receive over-the-air broadcasts.

But unlike years past, there is no going back. AT&T no longer sells U-verse, although IPTV is supported for existing customers. So when the signal stops at Midnight tonight, we won’t have option to return.

In a way, the Featured Image is a metaphor for U-verse—and services like it—in an increasingly wireless world: A dinosaur—hence movie Jurassic Park playing when I made the moment using Leica Q2. Vitals, aperture manually set: f/2, ISO 125, 1/15 sec, 28mm; 8:44 p.m. PDT.

How much a dinosaur? Capitalizing on promotions, I’ve locked in for six months all the movie channels we had before, except Showtime, plus four other video services for less than the cost of one month of U-verse. An antenna will pull in local TV stations, for news and the like, but minus the benefit of DVR.

We live in inflationary times, and I am cost-cutting needless luxuries. Comprehensive content, convenience, and customer satisfaction make U-verse worthwhile. But given our changed content consumption habits and rising prices for seemingly everything, I sigh and say goodbye to AT&T U-verse.