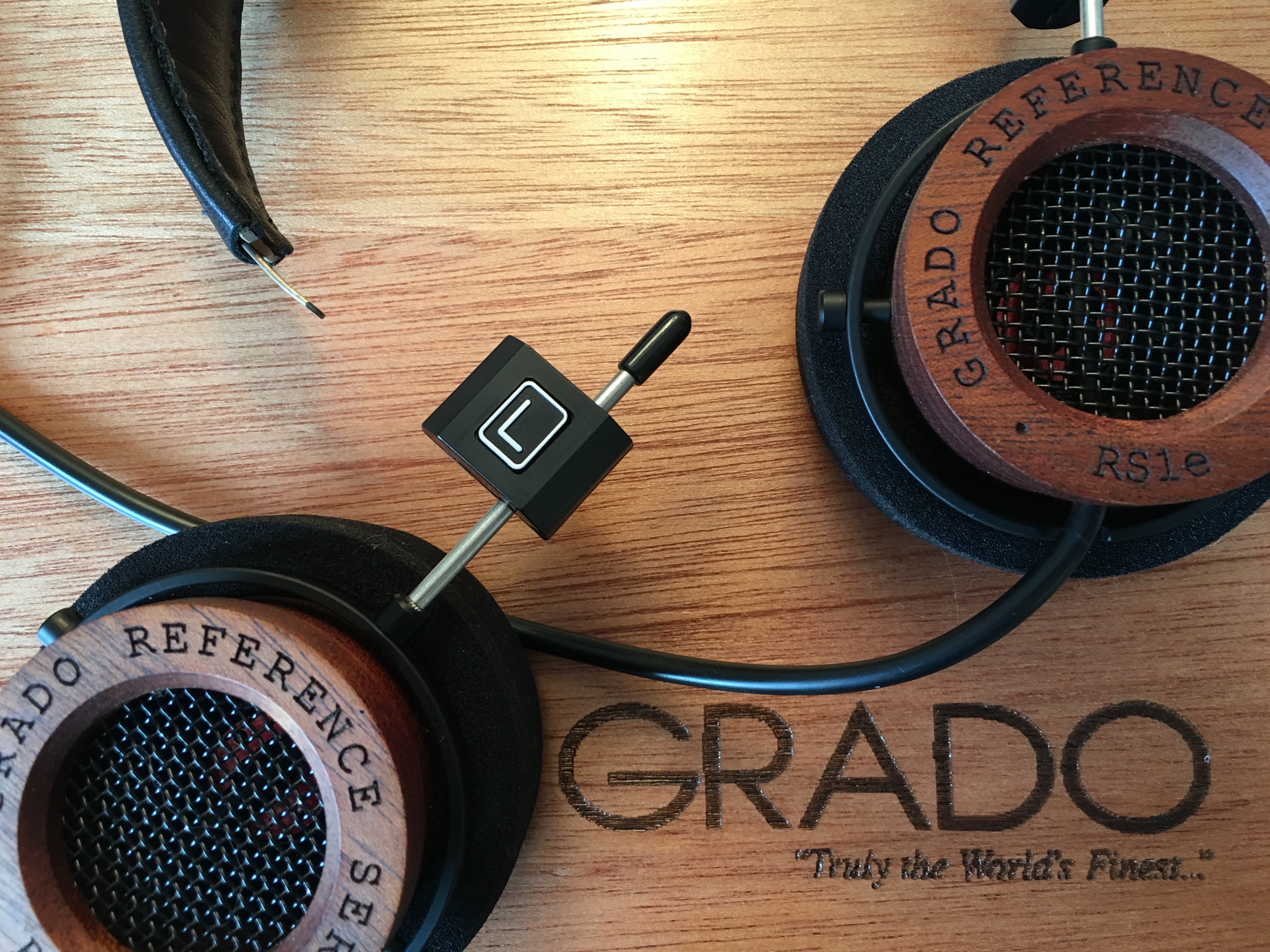 My beloved wired headphones quite literally fell apart the other day. I’m aghast, because these cans are treated lovingly; never rough-housed. I don’t exaggerate explaining that the left earcup fell off the the headband’s metal strip. I couldn’t understand what happened, initially. I can slip the thing back together, but the fit’s imperfect.

I used my birthday money and sales of some other gear to buy the Grado Labs RS1e in July 2014. The open-air design and 50mm driver deliver fantastic soundstage that is best of class at almost any price. They look good, too, or mine did until the earcup separation maneuver. I still use them but will contact Grado about a fix. Replacement? Absolutely not! They’re broken in, and I am accustomed to their sound. Repair is good.

Besides the RS1e, I also own Master & Dynamic MW60, which are wireless closed-back headphones. My Christmas cash paid for them. The M&Ds are equally as good, and in some ways better because Bluetooth lets me roam free of laptop, smartphone, or tablet. While the soundstage is exceptional, it’s different than the RS1e, which spatial presentation is finer and fuller. The difference is more pronounced listening to live recordings or tracks engineered before the turn of the Century and particularly during the 1960s and 70s.

I highly recommend either, or both. Open-back cans let sound leak in and out, and bass is subdued. But the detail the RS1e reveal changes how you appreciate music of any genre. The closed-back MW60 passively block out background noise; wear comfortably for hours; free you from the cord’s tether; and still deliver damn-good detail and soundstage.

I primarily streaming music in the 1411kbps Free Lossless Audio Codec from Tidal. But even highly-compressed AAC or MP3 tracks sound pretty good using either the Grados o the M&Ds. But lossless is short of amazing.

Do I really need two sets of magnificent headphones? Nope. But my attempts to Craigslist the Grados have failed over four months—and good thing considering this week’s separation problem. I already decided that if there were no takers by April 1st, I would keep them. My RS1e are beloved, and I give up too much value selling them. But owning both sets seemed wasteful, and I decided that lifestyle (moving around free) mattered more than sound (slightly superior soundstage and detail). Hence, my choosing the MW60. But if I can use both…

I’ll contact Grado Labs tomorrow, and I wouldn’t be shocked if the customer service rep thinks it’s all an April Fools gag. When does a pair of the RS1e fall apart? “Never” would have been my answer until now.