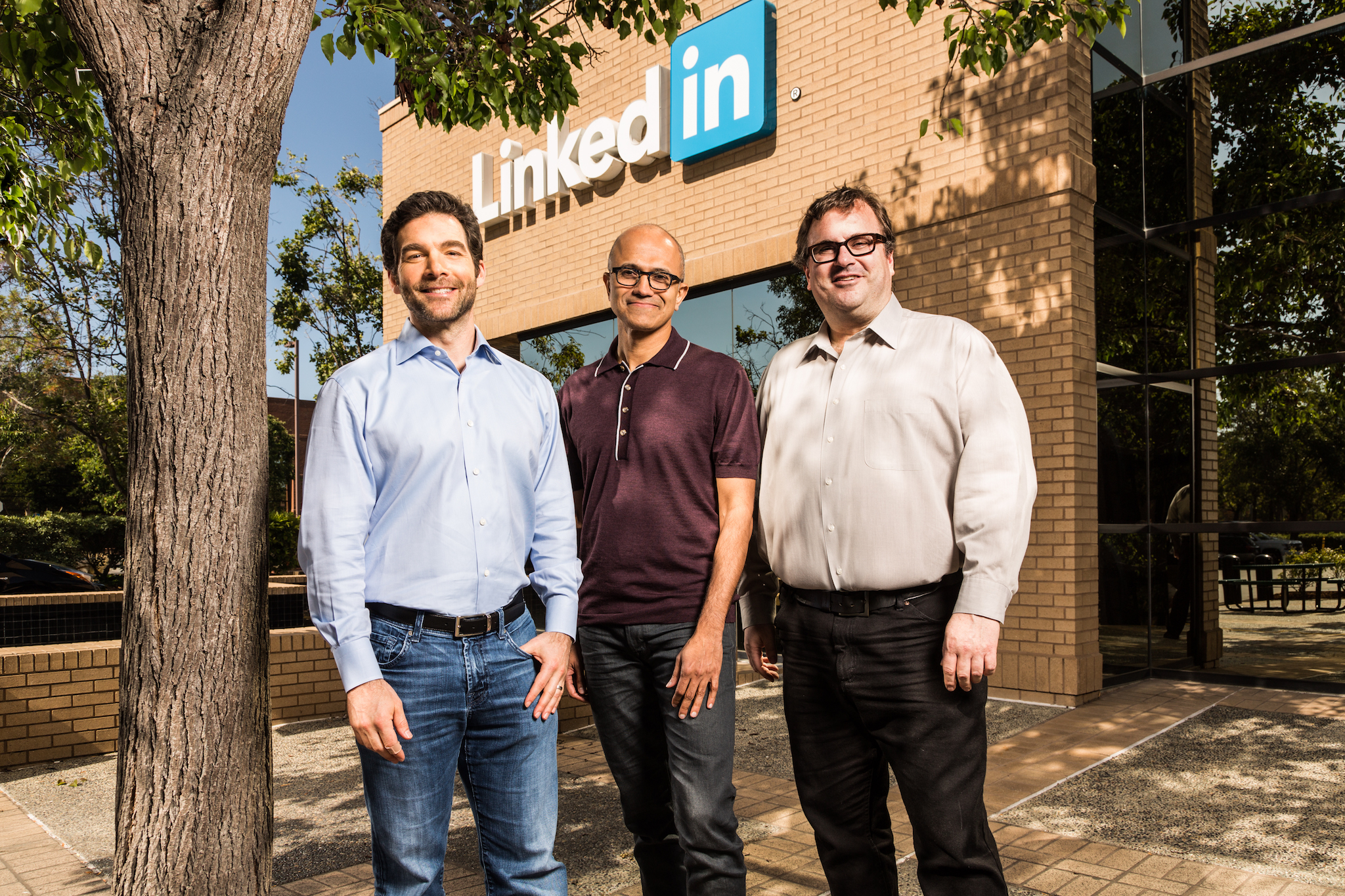 But their editors’ eyes must also turn to Microsoft, which makes a colossal investment that finally gets the company into social networking—and rightly positioned: Among business users, which remain the core customer market. Meanwhile, MSFT gets some air cover from Apple. Divided newsrooms likely won’t give the size and extent of the merger the same attention today they might have otherwise. There are good reasons to wonder.

Microsoft plans to pay $26.2 billion for LinkedIn—in cash—an enormous sum in context of the company’s past mergers, for what the social network is, and recent rumblings about how much future it has in a Facebook world. No matter how you slice the numbers, LinkedIn is all business-focused.