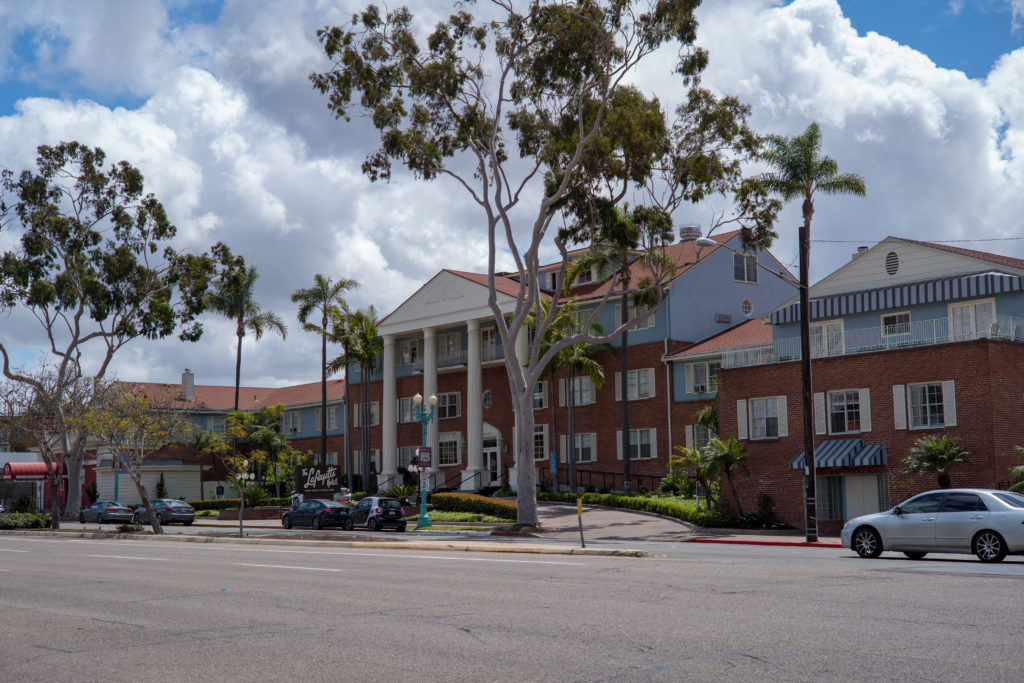 San Diego’s Hillcrest and North Park districts are local cultural and nightlife hotspots, much more so than the neighborhood where my family lives—University Heights. Because of zip codes—92103 vs 92116—there is sometimes confusion, which admittedly may be intentional, about what business belongs to which of the three. For the record, according to the official maps, UH extends outside 92116, well past The Boulevard all the way to Lincoln, which is the last major parallel street before University Avenue and the main Hillcrest and North Park strips.

The historic, and entertainment lively, Lafayette Hotel claims to be “tucked snugly in the vibrant North Park neighborhood”. That would be the case if located on the other side of Texas Street. But the place is “tucked snugly” inside University Heights, I say. Also, El Cajon Blvd is more ghetto than “vibrant”—no disrespect to the businesses along the strip or people living on or around it (I am among the latter).

Why quibble? Well, earlier today, I took a portrait of the hotel from where Mississippi Street meets The Boulevard—at the same corner where was the stuffed bear seen seventeen days ago. BTW, that previous photo looks up El Cajon towards Park Blvd. The Featured Image turns towards Texas. Anyway, I needed to write something to accompany the pic, and debating neighborhood residence is an easy enough topic.

BTW, I really like Lafayette, which is another reason to assert our community ownership. The hotel has class and character.