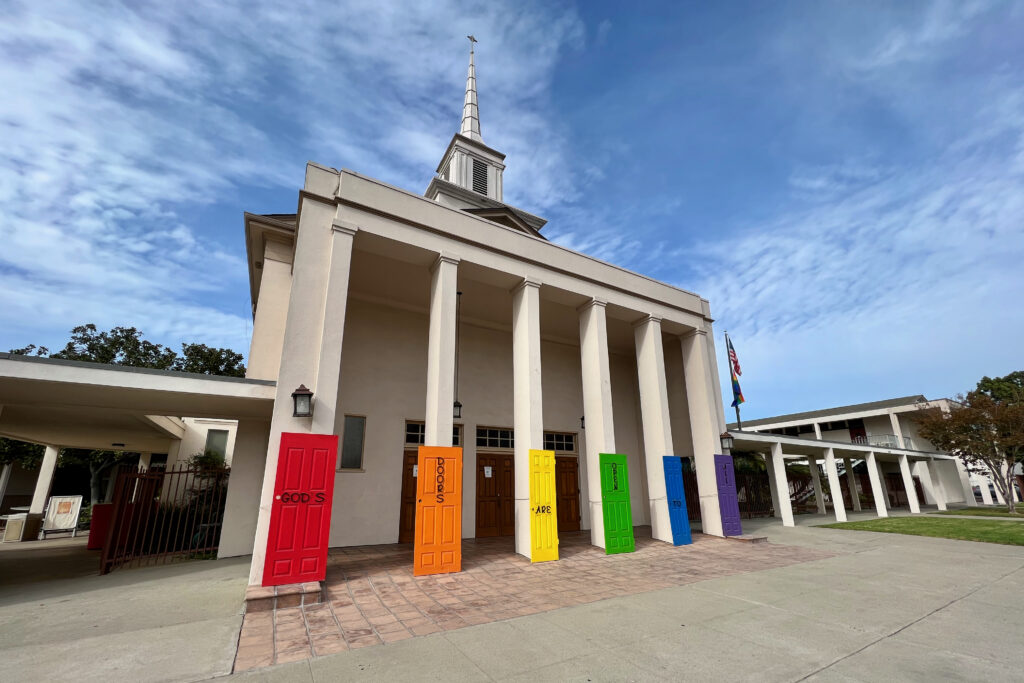 Paul Writes
Today, while looking over notes I had taken in September 1988, I saw scribbled a Bible passage referenced by the lecturer: 1 Corinthians 6:9-20. The first three verses read:

Flee immorality. Every other sin that a man commits is outside the body, but the immoral man sins against his own body. Or do you not know that your body is a temple of the Holy Spirit who is in you, whom you have from God, and that you are not your own? For you have been bought with a price: therefore glorify God in your body.

Not Literal?
From the Hillcrest church’s website: “We are a progressive congregation that takes the Bible seriously, but not always literally. Doubters are welcome here. We are an Open and Affirming Congregation that welcomes people of all sexual orientations and gender identities into the full life and leadership of the Church”.

Isn’t the passage I excerpted, and others like it from the New or Old Testament, irreconcilable with “all sexual orientations and gender identities” and aren’t Christians committed to taking the Bible “literally” as the authoritative word of God?

Frequently, around San Diego, I see signs stating that “God is love”, which whether or not people know quotes 1 John 4:8. But in the next chapter, 1 John 5:3 adds: “For this is the love of God, that we keep His commandments; and His commandments are not burdensome”.

An Answer
Christmas is 11 days away—and timely to ask: What is American Christianity and where is it going? Are churches becoming places of social, self-affirming fellowship rather than citadels of Godly worship? One favors emotions and feeling good about who you are. The other is about repentance and adopting new habits to be become better.

Which raises question: Is God inclusive? This “progressive congregation”, and others like it, believe so. I am no Bible scholar, but in my limited reading the more accurate understanding: God is not exclusive. Meaning: Those who repent, accept Christ, and change their behavior/lifestyle are received. All are welcome, but the “unrighteous will not inherit the kingdom of God”.