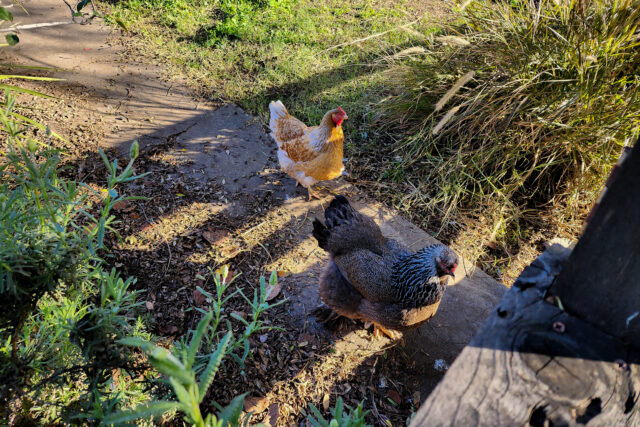 How rude is that? In the midst of a massive shortage, one of my neighbors flaunts that he has a source of eggs. Just kidding, of course. You could raise chickens, too. If someone can keep them in San Diego, where houses pack tightly together with limited outdoor space, you could do as much with a little ingenuity. Then when online and TV commentators rail about bird flu cracking the egg supply chain, you won’t be Humpty Dumpty all broken up because store shelves are empty.

Returning to the topic of my neighbor’s chickens, if they were mine, I would watch them carefully when pecking about the lawn. Because of the so-called egg apocalypse, some passerby might decide to pluck one of the birds. What’s worse than a porch pirate purloining your Amazon delivery? Someone stealing your birds. Don’t expect them to escape the chase or cluck for help. They are an emotional and financial investment that you don’t want to risk losing. 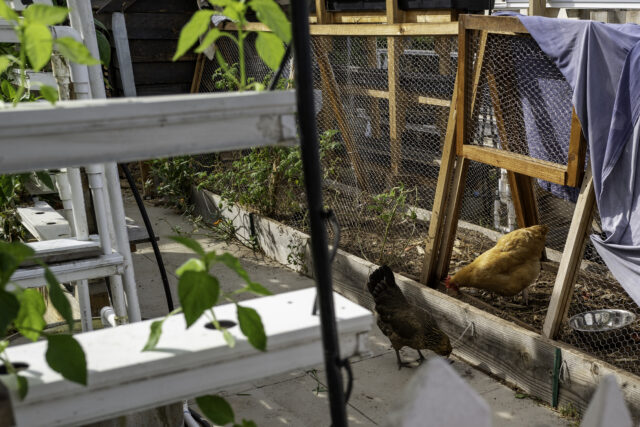 Around front of the property where I observed “Carport Lettuce” in July 2020, the hydroponic operation has grown to include chickens. In August 2021, a trailer took the setup on the road. Somebody is an ambitious and clever urban farmer. 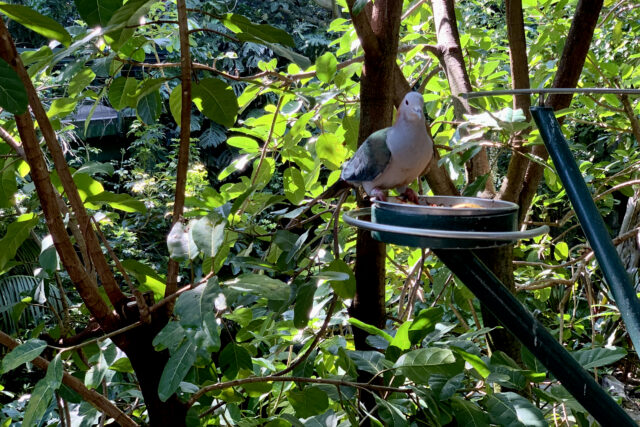 Before SARS-CoV-2 (severe acute respiratory syndrome Coronavirus 2)/COVID-19 lockdowns temporarily closed San Diego Zoo and precipitated price increases, my wife and I frequently walked about there. Those days are gone.

But remembering is good. On Aug. 15, 2019, when I captured the Featured Image, the economy was robust, inflation nominal, interest rates low, and Donald Trump the unbeatable candidate for the 2020 Presidential Election. Wow, three years ago feels like decades passed—measured by how much is upended. Global recession advances. Inflation roars. Interest rates rise. And the gaffe-prone Joe Biden is president (and the nation’s, ah, senile grandpa). Oh, yeah, who could forget the Russian-Ukraine war, U.S.-China tensions about Taiwan, or famine affecting millions of people. 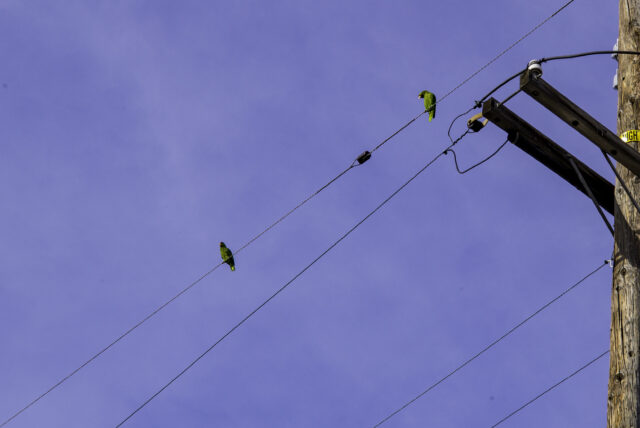 These loud squawkers occasionally fly around our block. We see, and hear, them every few months. They come and go, not staying long. I’d love to know where do they live and why they are irregular guests.

Without a good telephoto lens, I have failed at nearly every attempt to get a pleasing portrait of the birds. Typically, three or four group together. In the Featured Image, you see two—and this shot, from March 31, 2018, is the best to date. Sigh. 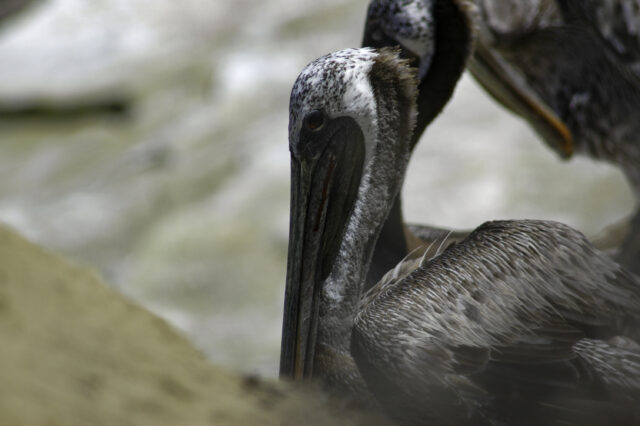 There is something oh-so prehistoric about pelicans, and by studying them you can perceive how they are descended from dinosaurs. Meaning: The extinct animals are more aviary and than reptile. 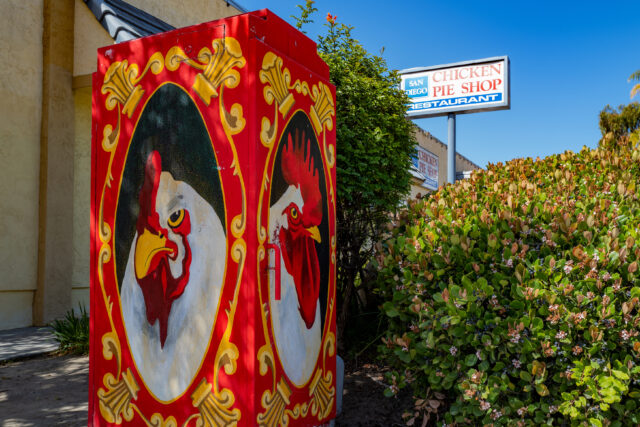 Somebody is unhappy about all the talk that avian flu will lead to poultry shortages in the worst scenario and soaring selling prices in the better one. Look at those grim faces dominating the Featured Image captured on April 14, 2022 using Leica Q2. Vitals, aperture manually set: f/8, ISO 100, 1/80 sec, 28mm; 10:39 a.m. PDT.

You can panic, and be sure smug prognosticators of doom are correct, when Costco rotisserie chicken sells for more than the long stable $4.99—or simply is unavailable. 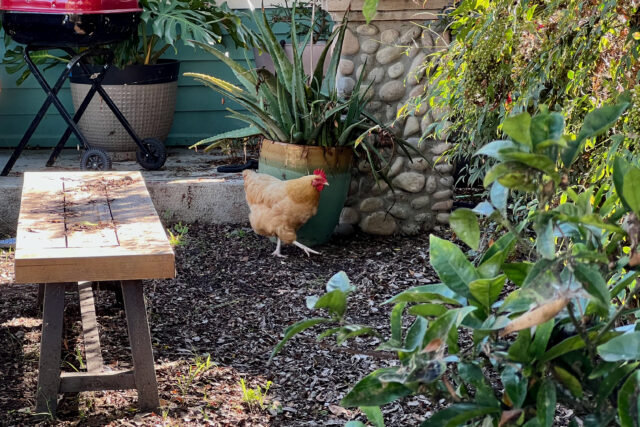 When my wife and I walk past the home of Daniel Tiger, we sometimes hear chickens—could be along the side of the building or perhaps the backyard. Today, we saw one of them pecking about the frontage. I pulled out iPhone 13 Pro for some fast shots—and, of course, the bird repeatedly turned back-to as I clicked the electronic shutter.

The Featured Image is one two usable head-in-view portraits. Vitals: f/2.8, ISO 100, 1/122 sec, 77mm; 9:46 a.m. PDT. The telephoto range of the third lens is a welcome change over earlier models’ 52mm. Before going out, in camera settings, I flipped the switch enabling Apple ProRAW, expecting that would be the format for today’s captures. Nope. Unbeknownst to me, the user must tap RAW on the touchscreen to truly turn on the feature. Frak. 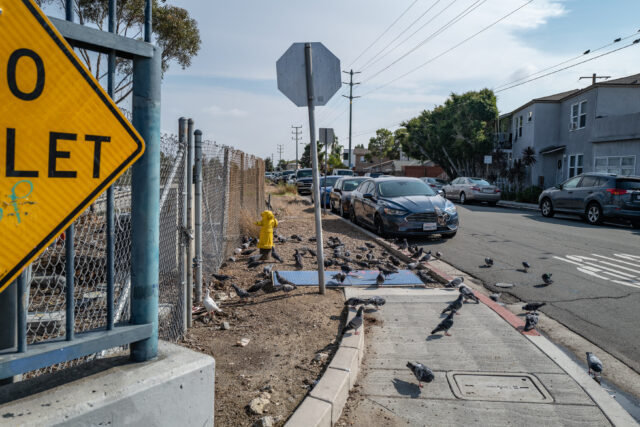 The previous afternoon, unseasonably torrential rains and thunderstorms roared through San Diego County. Flood warning alerts pinged my iPhone XS every few minutes. The official precipitation total here in University heights: 1.4 cm (.56 inches) at 5:15 p.m., after about an hour of heavy rainfall. The next morning, crows and pigeons pecked all about from fresh food washed into clumps and (presumably) fallen from trees (e.g., fruit, insects, and more). 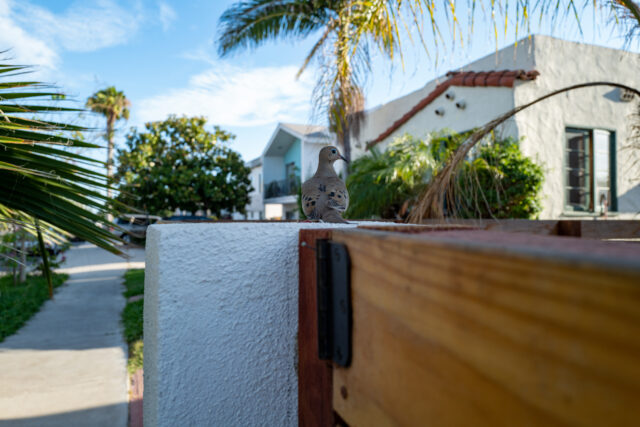 I don’t typically shoot bird portraits—yet here is another within three days (remember the seagull). But an unexpected opportunity presented early this evening. As my wife and I walked along Mississippi Street, between Monroe and Meade, in San Diego’s University Heights neighborhood, we came upon a wayward dove (correct my identification if mistaken). It made no attempt to fly off as Annie passed, so I stopped and pulled around Leica Q2.

As the shutter clicked for the first of two shots, I realized that while the electronic viewfinder presented a green outlined box indicating focus the bird was blurry. Ditto for the second (half-press), so with the dove staying still, I turned the camera’s manual focus ring and produced the Featured Image (do click the link see this one bigger). 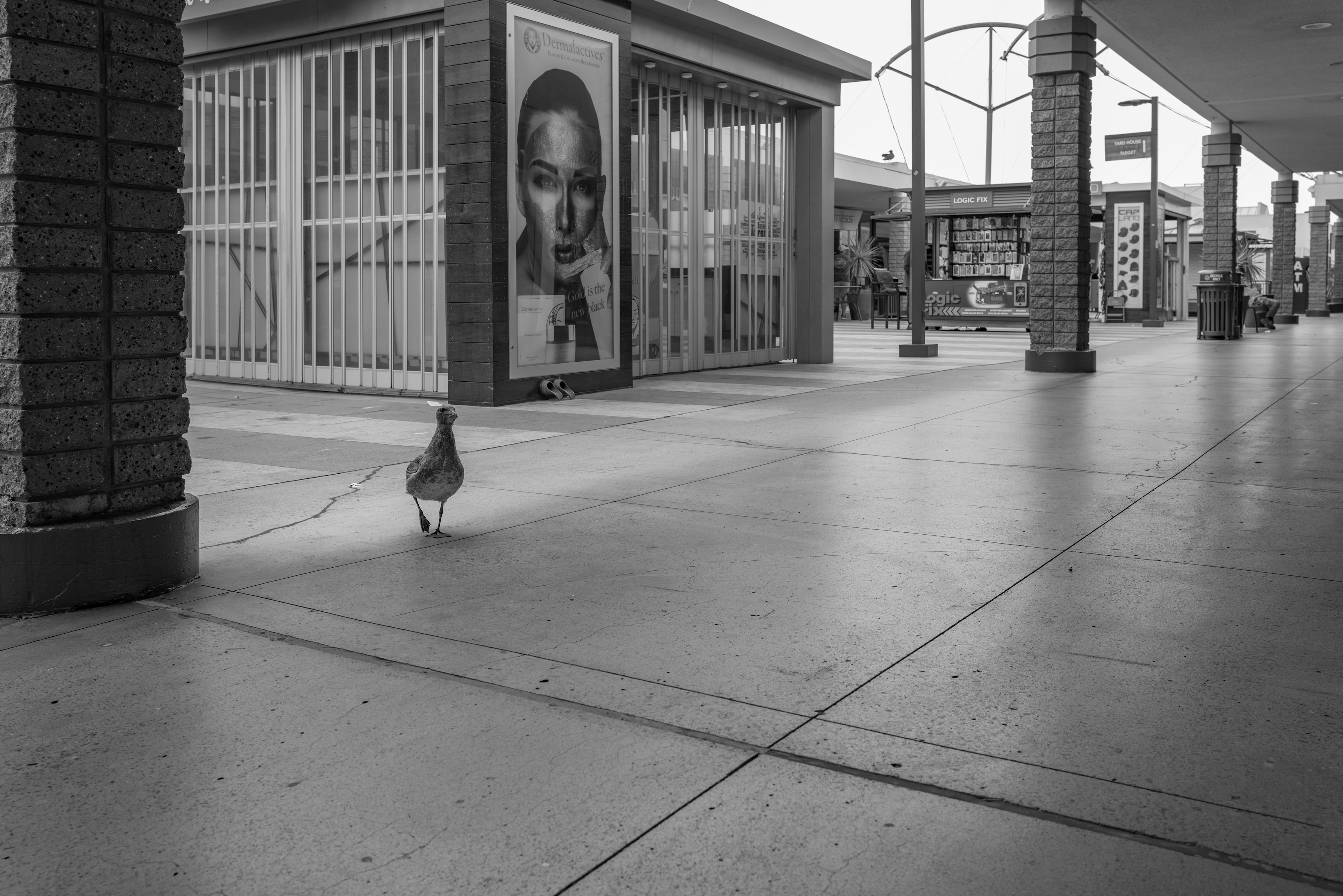 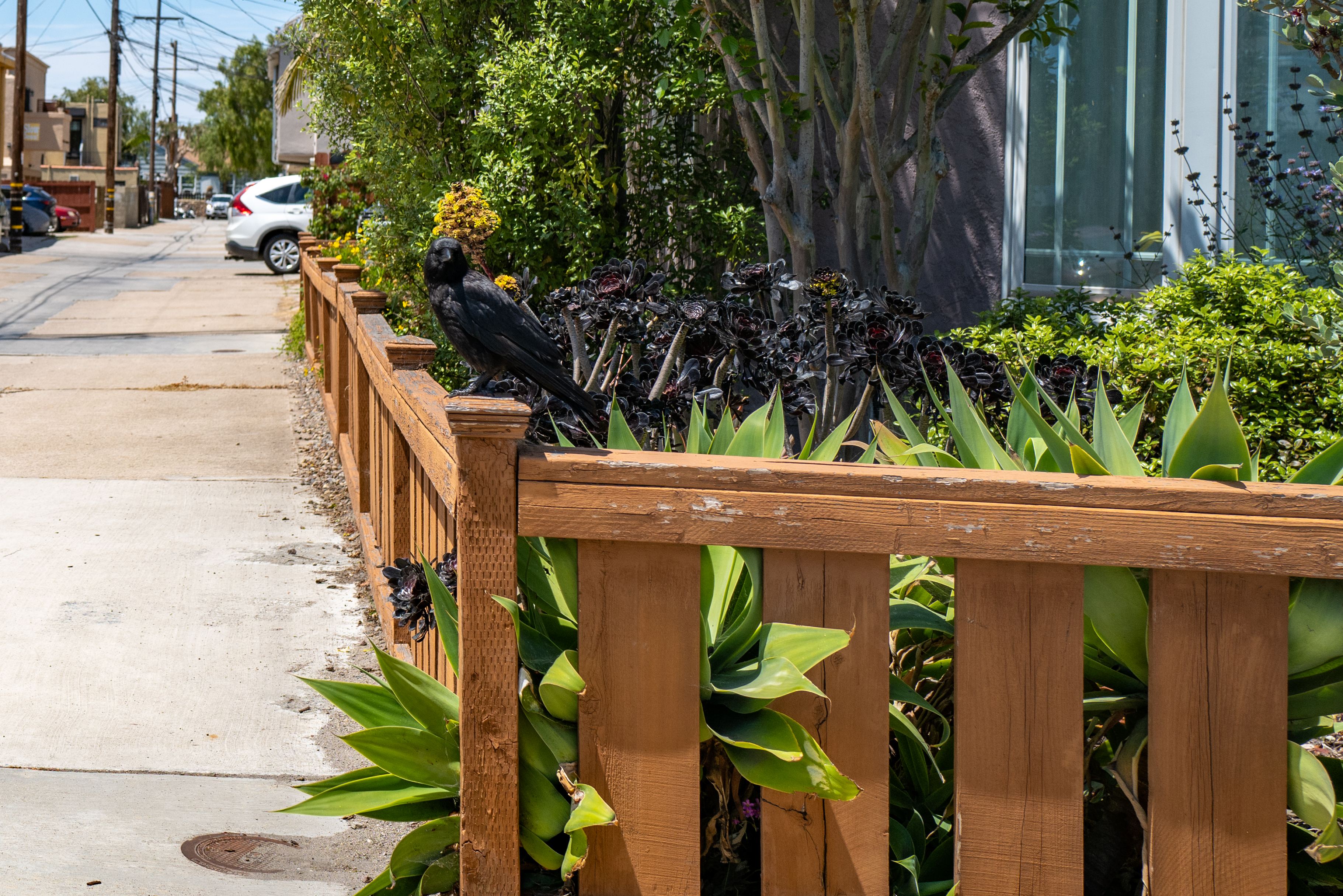 And I am so glad this bird isn’t a raven (gulp, unless I misidentified, which easily could be). I’ve been humming Stevie Wonder song “Superstition” since the sighting earlier today and only while writing made the subconscious mental connection: Ravens as forebears of bad luck, or worse. But I’m not really superstitious—or wouldn’t be if not for the odd encounter.

While walking along Madison, approaching the alley between North and Campus in my San Diego neighborhood of University Heights, the flyer landed on a fence beside me. He seemed to want something, and I wondered if perhaps people feed him. Of course, the encounter could have been, uh-hum, an omen. The bird perched long enough for me to step back, pull out Leica Q2, and compose two shots (changing aperture between) before flying off. 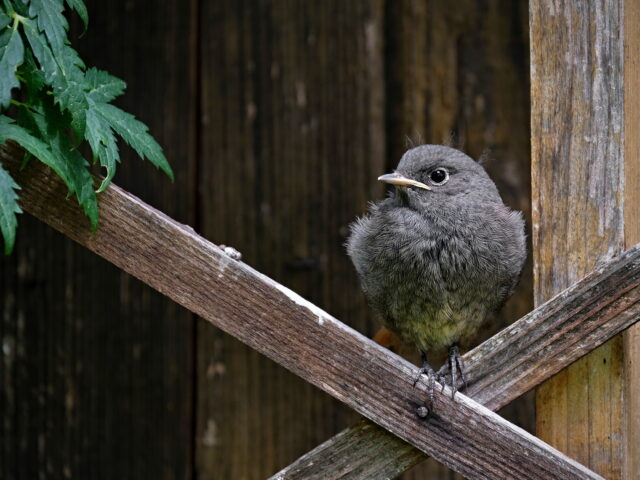 Our nature trek starts with Enzio Harpaintner and self-titled “Rastplatz“, which translates from German as “resting place”. He used Fujifilm X-H1 and Fujinon XF100-400mmF4.5-5.6 R LM OIS WR lens to capture the little bird, on […]