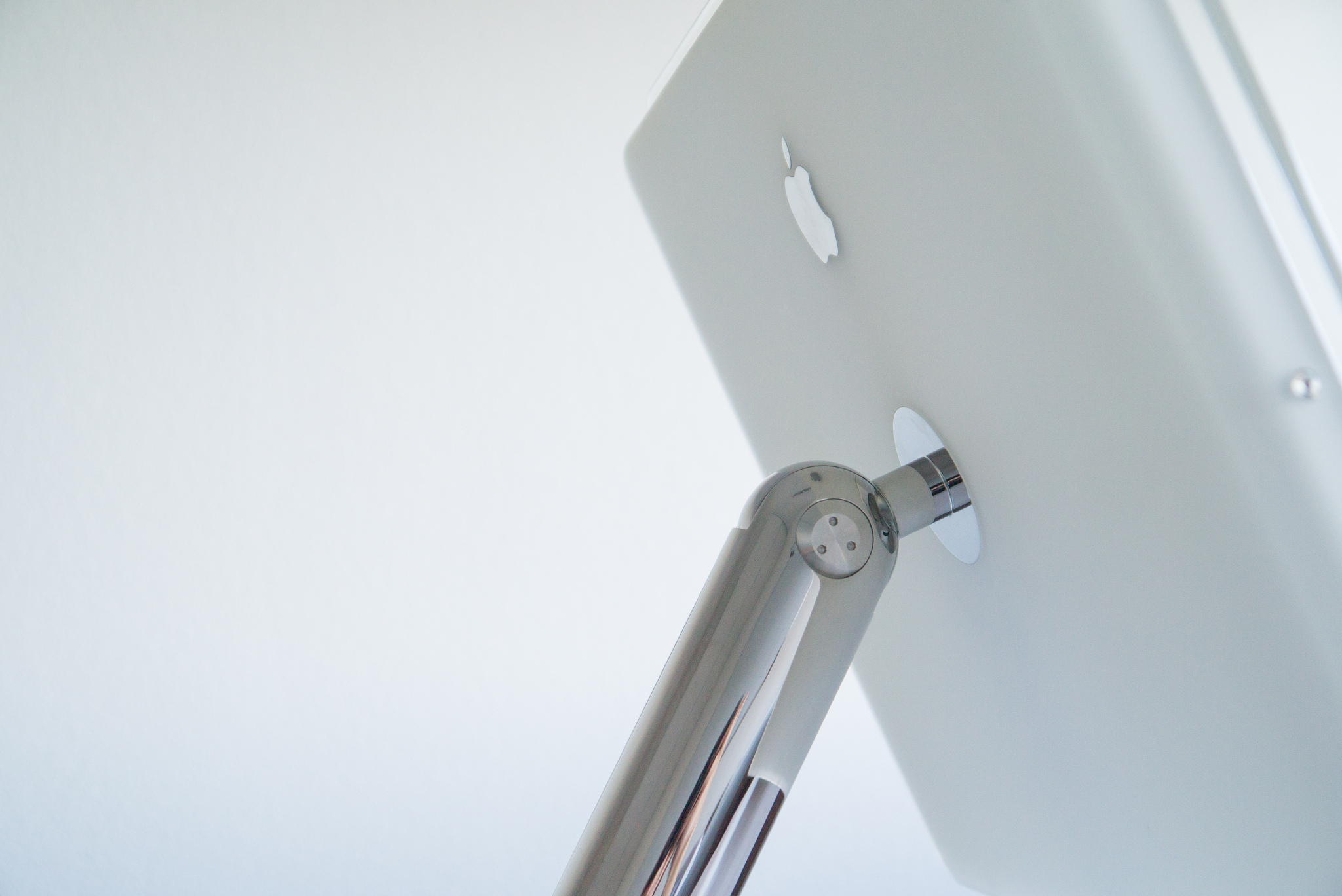 Over the weekend, I picked up a new computer for my wife. She had used a Dell Dimension PC for about a year and half and could have continued doing so. But she’s not as computer savvy as my fourth grader or me. Increasingly concerned about viruses and spyware, I had long considered moving her off a Windows XP PC and onto a Mac. Since I’m giving up my main domain and she was losing her e-mail address, I reasoned now was the right time for the Mac. She would get a new computer and .Mac e-mail address.

Ideally, a $799 eMac should have suited her needs. With a 1GHz PowerPC G4 processor, 256MB of RAM, 40GB hard drive, and DVD/CD-RW combo drive, the computer packed plenty more power than she needed for her main activities of doing e-mail and surfing the Web. For $200 more, I could have set her up with a faster processor, 20GB more storage, and a DVD burner. What’s not to like?

The built-in monitor, that’s what.

I find the eMac’s built-in 17-inch monitor to be disappointing, particularly considering it’s from Apple. I have yet to see an eMac monitor that didn’t have a detectable flutter, the kind that would make my stomach quizzy after just a few minutes. Everybody I know agrees the monitor isn’t what might typically be expected of Apple—even the Apple Store guy trying to sell me an eMac had to admit the display could be better.

Apple is rightly known for quality products, which is all the more reason I am disappointed by eMac; oddly, not disappointed enough to take my money elsewhere. I spent $500 more and bought my wife a low-end iMac. Yeah, you can call me ditz for brains.

The eMac was the right price, the right features, but the wrong monitor. I just couldn’t give my wife the crappier display, even though for $300 less I could have gotten her the same processor, same size hard drive, and extra benefit of the DVD burner with that $999 eMac. Is this a sales gimmick? Are enough people dumb as a thumb as me and willing to buy up?

Windows XP simply was no longer a consideration, even with all the security enhancements coming in the Service Pack 2 update. My wife’s inexperience had become too much a liability. I also firmly believe she will become more experienced on the Mac, which makes many deep features easily assessable. Windows XP is no problem for me, and there are plenty of things I like about the operating system.