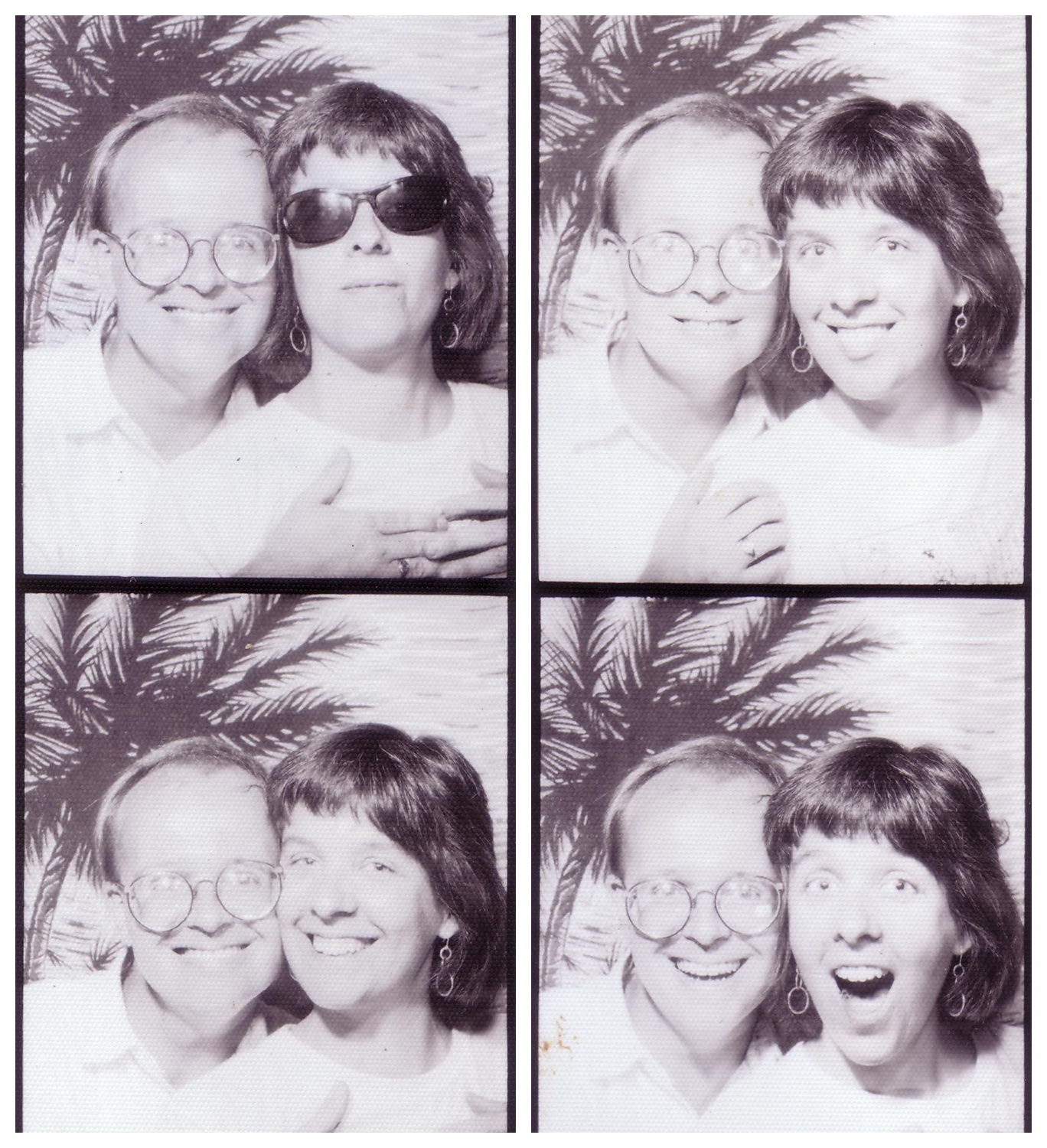 The two pictures capture my wife and I as newlyweds, of sorts, more enemies than friends or lovers, as we were still getting to know one another. We both had opted for an arranged marriage, two strangers brought together by a special matchmaker. That would have been January 1989; these two photos were taken summer 1989, so we were still in the standoffish stage of our early relationship. We consummated our marriage a few months after these pictures were taken.

Beautiful she is, or was, well, still is. Couple of kids we look like in these pictures. She 31 and I 30. Anne’s too quick to belittle her natural beauty and charm. But she is quite the catch, er, match.

By the way, I used a Canon CanoScan N1240U to scan the images at 600 dpi. Both are available here and here, separately, rather than one above.