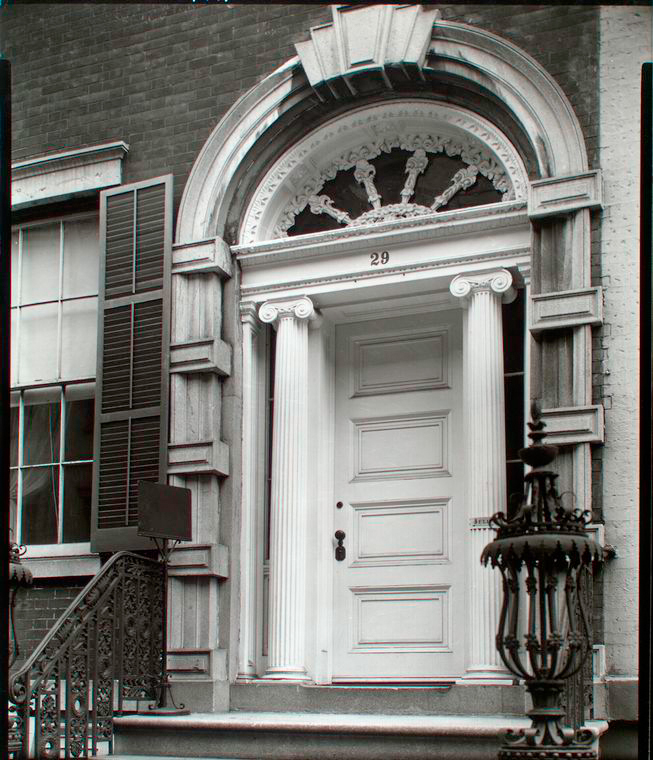 Last summer, my wife, daughter and I scoured the Washington suburb of Bowie for a house to buy. After a month of house hunting, we decided to stay put in our rental house, located in a nicer neighborhood and much closer to downtown Washington (We live off of Connecticut Ave. just three miles from the city).

The decision not to buy came with great angst. Rising real estate prices made the potential equity gains look promising, and we were simply ready to be homeowners. But the math simply didn’t work. When factoring in taxes and insurance, our monthly mortgage would have approached $2,200, compared to our $1,100—starting this month, $1,200—rent. We couldn’t see how our quality of life would be better doubling our monthly housing payment, even factoring in potential equity gains or tax breaks. Also, I considered every house we looked at to be overpriced, which led me to take a closer look at the U.S. housing market. Almost immediately, I concluded that a housing bubble had formed, which bore similarities to the dot-com stock bubble. Since our decision to stay renters, the bubble has only increased—and dangerously.

Dot-com Similarities
My take before discussing excellent stories in the Economist (last month) and the New York Times (two weeks ago): I see housing prices as being similar to stock value, as in the value can be—and often is—arbitrary, not necessarily reflective of real value. During the dot-com boom, shares on many Internet companies traded well beyond their real market capitalization. Runaway speculation drove up shares and led to dangerous trading practices. `Round Washington, household equity is strikingly similar in characteristic.

Over the last 18 months, my local bank has increased branch hours. Now, the bank’s branches are open 9 to 7 everyday and, get this, 9-4 on Saturdays. Some branches are open Sundays, too! Funny, but the change in banking hours is what tipped me off to the seriousness of the housing bubble, at least in this market. Just a few years ago, all the banks automated, encouraging customers to use ATMs rather than tellers, because, after all, people, meaning employees, cost money. Longer hours are a dramatic reversal of the trend. So, I wondered, why? The banks say it’s about customer service (I asked), because the longer hours are more convenient for hard-working Washingtonians. But, by increasing my bank visits I saw something else: Equity trading. Sure, the banks provide better customer service and convenience, but in doing so they bring in more people, volume that could lead to more mortgage lending or home refinancing.

Banks and mortgage companies can’t seem to lend enough or people borrow enough. Most of my friends that are homeowners have refinanced their mortgages in the last 18 months, cashing out equity in their houses. Most of these same people already had refinanced for a lower interest rate. The new rash of refinancing often goes into new cars, big-screen TVs and other purchases not related to home improvement.

New mortgages are more disturbing, because, in some ways, equity trading has driven up house prices. My neighbor just sold for nearly $480,000 a home purchased for less than $170,000 six years ago. All the while, local banks or mortgage companies make lending easier and easier. I know people near bankruptcy that purchased new homes within the last 24 months. Some terms are disturbing: No money down, loan covers everything, including closing costs. And if the monthly payments are too high, well, interest-only loans ease the initial up-front payment burden. 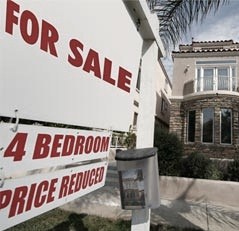 As the housing prices increase, so does the dangerous lending. The banks are open longer to lend and they and mortgages companies have good reason to keep the bubble filled, because of the potential consequences if it deflates. The pattern is so similar to the dot-com bubble, I am deeply disturbed about the eventual deflation, or, worse, burst; I’m convinced that the housing bubble isn’t sustainable. To reiterate, like stock, home values are often arbitrary, what the market says they are. Ten years ago, the farm next to my dad’s Northern Maine property was on the market for $40,000 as a foreclosure. That $40,000 would have bought a house, barn and 260 acres of land. Eighteen months ago, at the end of my street, a developer picked up a corner lot for $700,000 and put up four houses, three for $600,000 selling prices and the other for $100,000 more. We never see the people who live there. Never. I assume they work all the time to pay off their hefty mortgages. Back on topic, value is arbitrary, based on location and the local market.

Whatever the conditions, such as historically low interest rates and changes in capital gains laws, that led to record home sales, equity trading now sustains rising prices—or so that’s my conclusion. And I will qualify that I am no economist. Even so, summer 2004, I started warning friends about the dangerous housing bubble in the Washington area.

Rent-to-Mortgage Ratios
Now, to recap those excellent stories: Few months back, a front-cover Business Week story put legitimate numbers behind my speculation about the housing bubble. The story explained that one measure of housing value is the ratio of rents to mortgages, which should be fairly close. But, in Washington, according to Business Week, monthly mortgages are about 40 percent higher than rents (Because I don’t recall which BW story, I am providing a link to a bunch of BW stories on the housing bubble). A few weeks back, I asked friends in Halifax and Montreal about housing prices there. One friend had just bought a new house and the other considered a move. While both spoke of rapidly-rising prices, they said, when I asked, that rents and mortgages were on par. The recent buyer said that her mortgage payment would be less than renting, which is more what to expect in a normal market. Oh, Canada!

The June 18th-24th 2005 Economist put out the global perspective I lacked on the housing bubble. According to Economist, speaking of the larger U.S. housing market, “to bring the ratio of prices to rents back to fair value, either rents must rise sharply or prices must fall.” But rents typically rise with inflation, so that “house prices would have to remain flat for 12 years to bring America’s ratio of house prices to rents back to its long-term norm…It seems more likely, then, that prices will fall.” Economist explained that the rise in housing prices, spurred in part by historically low interest rates, is more of a global phenomenon and that the U.S. was a latecomer. The housing bubble already has deflated or burst in other markets, such as Australia, Netherlands and Great Britain, foreshadowing what could happen here.

Except that the U.S. has some unique characteristics, many of which remind me of dangerous lending and investing practices during the dot-com boom. “Interest-only mortgages are all the rage, along with so-called ‘negative amortisation loans,'” according to Economist. High house prices compel people to borrow more than they can afford, a circumstance I already had anecdotally observed here in the Washington area. The dangerous loans essentially defer the real payment burden, as people pay interest up front and gamble on increasing equity and low interest rates (if the loan is adjustable-rate mortgage, or ARM). Economist says that in California more than 60 percent of new mortgages are “interest-only or negative-amortisation, up from 8 percent in 2002.” I recall a Washington Post story reporting that in the District of Columbia more than half of new mortgages were the high-risk, interest-only kind (I don’t recall the date, but within a few months).

Other problems make the U.S. bubble more disconcerting. According to Economist, two-fifths of new U.S. private-sector jobs come from real estate. Additionally, like Great Britain and Netherlands, “borrowing against capital gains on homes” has financed other spending, something I had already anecdotally observed. Deflating of the housing bubble in both other countries slowed consumer spending and, in the Netherlands, spurred a recession. “Even a modest weakening of house prices in America would hurt consumer spending,” according to Economist.

A story, “Housing Goes Frothing to Flat in Denver Area,” in the July 17, 2005 New York Times foreshadows what could happen when the housing bubble deflates or pops nationwide. The Times story recounts falling house prices in a once hot market, calling the decline a “soft landing.”

Crash Landing Coming?
How hard will the landing be elsewhere? I won’t speculate yet. I see disastrous circumstances stacked up, ready to fall on the housing bubble. The real question is no longer if there is a housing bubble, but when will it deflate or burst. When people have to borrow more than they can conceivably afford to buy a home, values have risen too high. That’s a fair assessment of the situation in many U.S. housing markets. The values are not sustainable. Questions to ask about the aftermath:

Do you have a housing bubble story that you’d like told? Please email Joe Wilcox: joewilcox at gmail dot com.