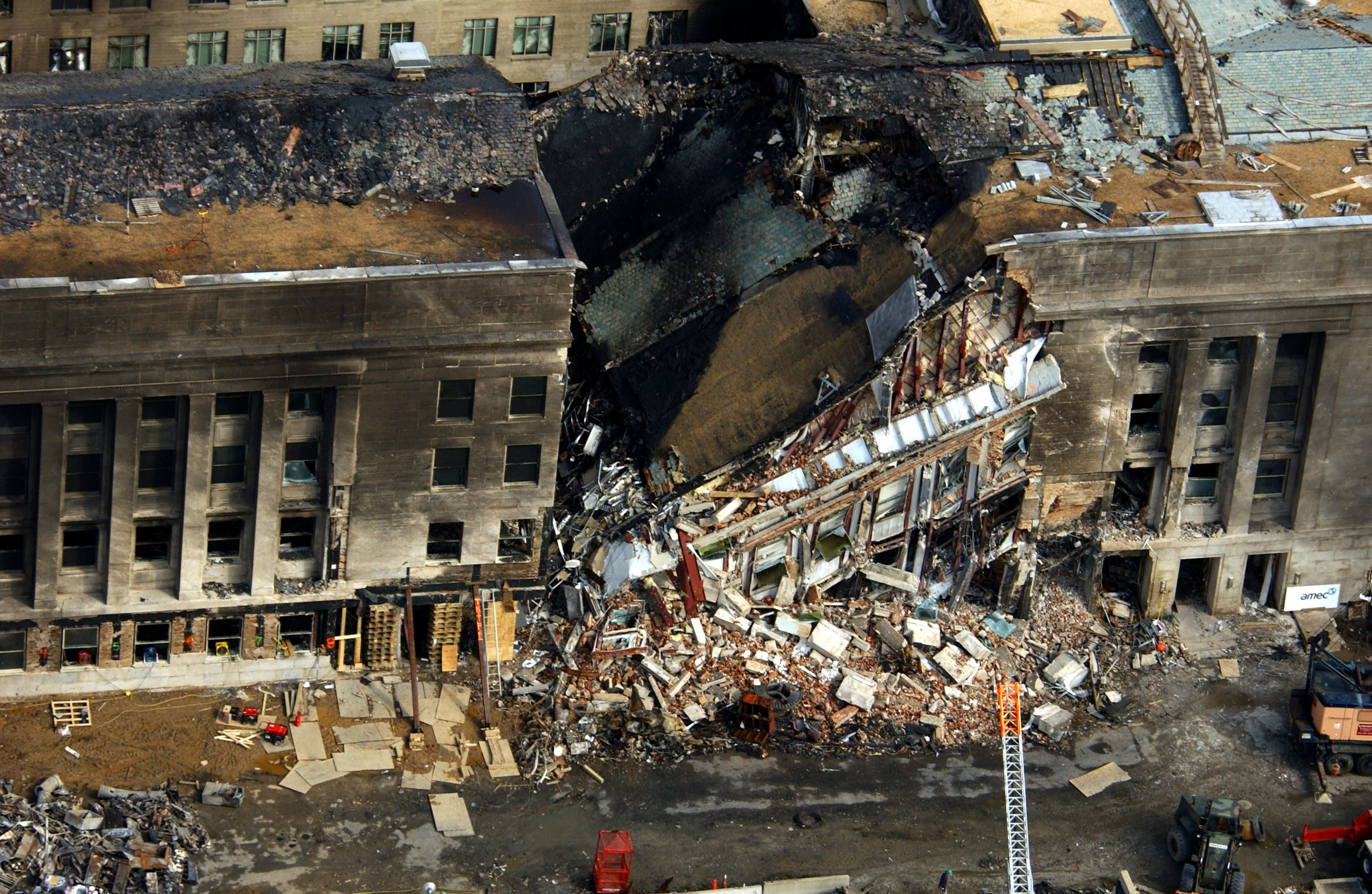 Events unfolded in rapid succession. Within minutes, the Pentagon was in flames; separately, the President talked about terrorist attacks. By the time we learned about the Pentagon, news reports clearly indicated that airliners had struck both towers. We figured this had to be the case in Virginia at the Pentagon. About 25 minutes after we first learned about the devastation at the Twin Towers, a plane crashed in Pennsylvania—fourth highjack of the morning.

I flipped from channel to channel, riveted to the news coverage, but found MSNBC to be most useful. We watched in awe and confusion when the first tower collapsed. “Oh my, God! It’s gone”. my wife yelled. Neither of us could believe we saw on the television. My stricken wife went out for a walk and so didn’t see the second tower collapse.

About a year earlier, good friend of ours relocated from Takoma Park, Md. to northern New Jersey; he had taken a job with the FCC in  New York, where he worked at Seven World Trade Center. We called his wife and learned that he had left the building, which collapsed later that day, and started walking out of New York.

I struggled to get work stuff done for about 10 days following the terrorist attacks. I wasn’t depressed or even frightened. I personally felt that death and devastation—like the extension of a humankind psyche had been wounded.

When I was a kid, adults would ask where they were when John F. Kennedy was shot. They shared a sad memory, a place always remembered by the tragic circumstance. September 11, 2001, is that day, that event, for this adult generation of Americans.

Photo Credit: US Department of Defense