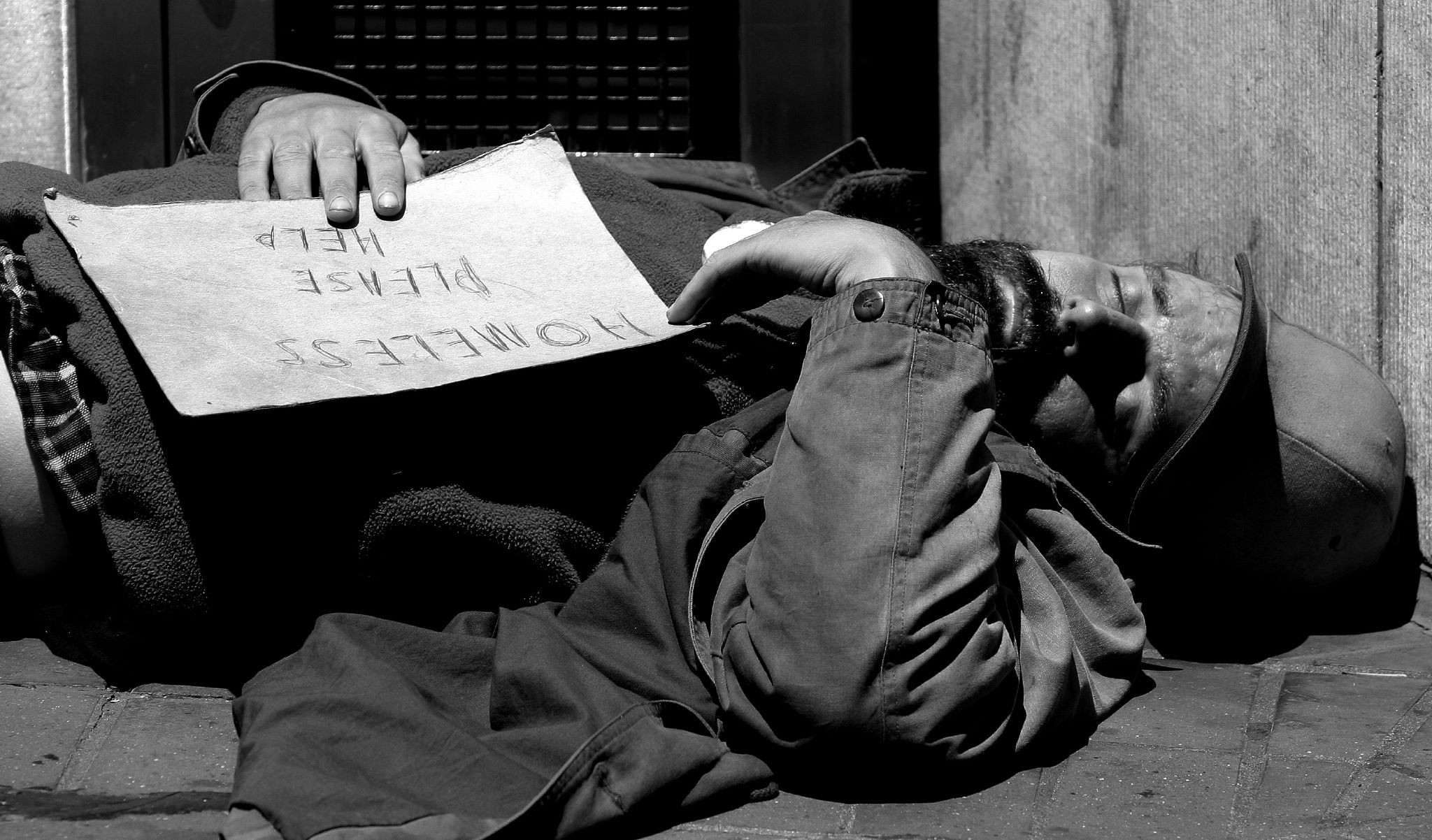 I am quite surprised by the number of homeless people here in San Francisco, at least in the area around my hotel. I’ve seen more homeless or beggars (for money) in two days than a whole year back in D.C. The number of people is staggering.

Some folks are characters, and they know how to turn coins or greenbacks. One panhandler has an eye for tourists—or at least confused people, of which there are many. He roams Geary street (and perhaps elsewhere) asking bystanders if they need assistance finding something. His hope, I think, is that the help he gives will be returned in favor. He’s friendly and endearing. You want to give him money.

The homeless people occupy the same space as the other folks, but live in a different world as them. I’ve only had a few hours of observation; nevertheless there is an obvious undercurrent of community. These apparently solitary folk are connected together. It’s something foreign to me, in more casual observation or interaction with street people in places like New York or Washington.

For example, this morning I got a quick breakfast sandwich at the Jack in the Box down the street from the Monaco Hotel. A black guy camped outside the restaurant collected money in cup. Not long after I ate my first bite, a white homeless guy came up with some stuff in a box to share. I saw lettuce, but I’m not sure what else. No doubt, with all the restaurants `round about Union Square, there is day-old everything available somewhere.

This evening, I took my first walk down to Union Square, which upscale stores shoed me back up Geary Street. Maybe I’d grown comfortable with what I described on Monday as an “inner circle of hell.” On the way back to the Monaco, I saw two homeless guys eating together inside the Jack in the Box. They silently engorged big burgers.

I don’t know how the locals feel about the homeless people. I gave money to anyone asking, as I always do. Exception: This morning, the guy outside the Jack in the Box got a breakfast sandwich.

My first indication of local reaction came this afternoon. A coworker and I stopped at a Starbucks—it might have been Cupertino or maybe Sunnyvale (I don’t know the San Francisco area that well). My coworker went to the men’s room, but quickly came out. “There’s a homeless guy in the bathroom,” he said. “I wonder if I should tell someone.” It was more a debate with himself than a question for me. So, off he went to the cashier, only to return flummoxed. When he asked the cashier if she knew there was a homeless guy in the bathroom, she replied, “He’s a customer.” Afterwards, my coworker expressed regret about fussing over the homeless guy, who right then marched through the Starbucks outdoors. A customer is a customer.

I haven’t observed as much tolerance back East. I’ve seen many homeless people—paying customers, even—shown the door of many restaurants. Their kind wasn’t welcome.

Did I discern California tolerance, or something else?

I saw lots of gays around my hotel. In fact, when walking into a Thai restaurant in front of another guy, the cashier pulled out a pair of menus and asked, “Table for two?” In Washington, Dupont Circle—well known for the arts and gays—is a major hangout for street people. I must admit that in many other American cities where I’ve traveled, Gay areas are among the locales where homeless people congregate.

Maybe there is more sympathy among the gay communities for the homeless. After all, the rejected are more likely than perhaps any other group to understand the rejected. Maybe the draw is more one of spirit. Or maybe, I’m drawing too many conclusions on too little information.

Whatever, people are people, whether straight, gay, or homeless. And people crave community. San Francisco gays have their community and perhaps so do the city’s homeless, if what little I observed is any indication. If my memory of American History is accurate, San Francisco was named after St. Francis of Assisi. The Catholic saint is known for his charity to the poor and at times he lived little more than a street person. I hope the homeless and poor of San Francisco find their charity and build community together.

I’ve lived on the street myself, not out of desperation but choice. When I was 20, I hitchhiked from coast to coast and bummed for awhile around Santa Monica. I went there to sleep on the beach. I had no money—again by choice. But I felt deeply for those truly homeless people hanging around Santa Monica Park. Back home in Maine, it’s too cold for anyone to live on the street. You belong to a community, or you die.