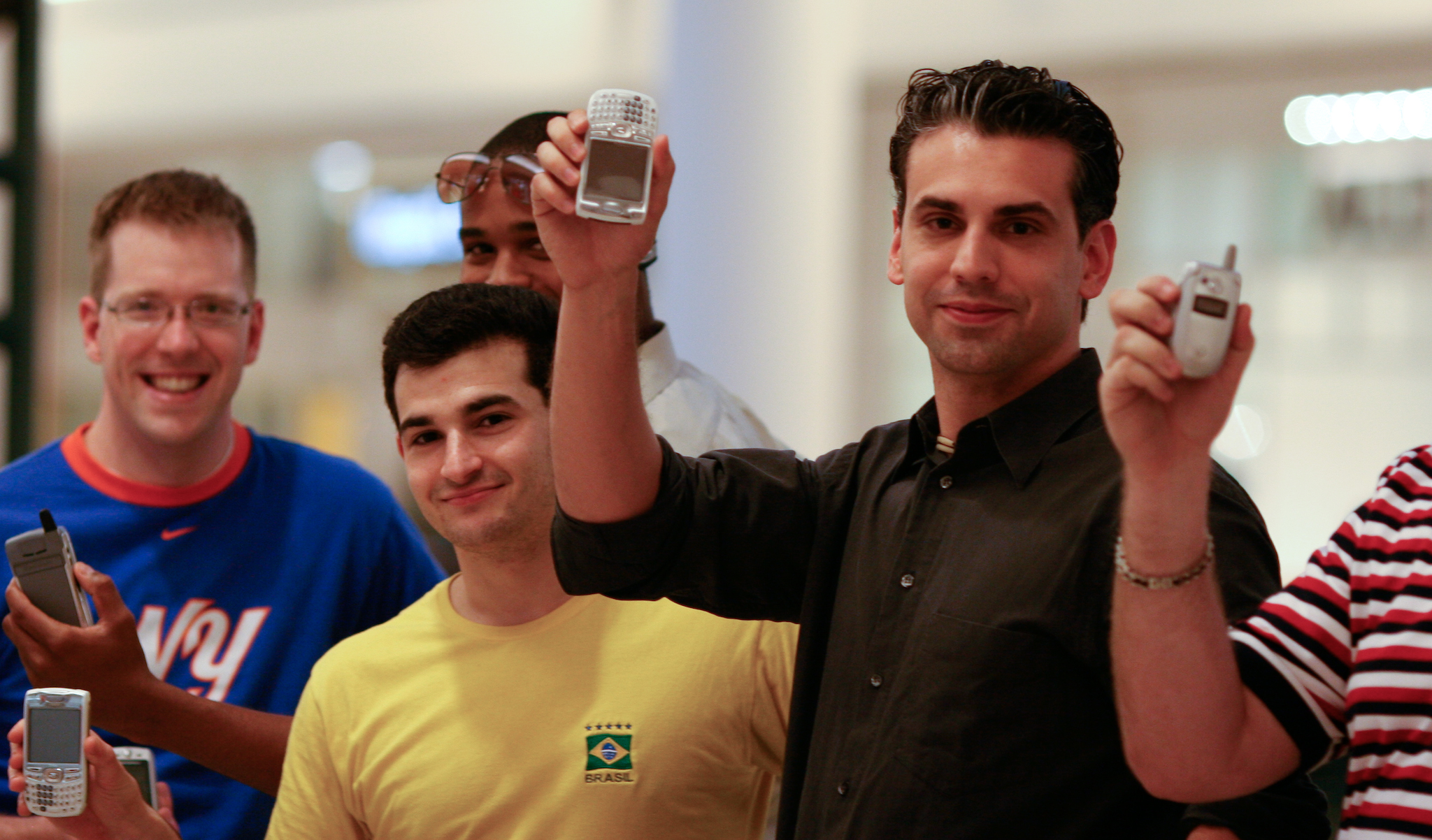 “I think this is a day that you’re going to see a change in how computers, how handheld computers are done”, iPhone buyer Steve told me yesterday afternoon. “It’s a little marketing history. I’m seeing it that way…I think we’ll look back in 10 or 15 years, and like on that day the gadget came out—same thing with iPod—it changed the game”.

Why am I writing anything about iPhone, when my reporting beat is Microsoft? Again. In part because Apple, a cell phone upstart, has generated so much excitement about the iPhone. Microsoft has been in the mobile market for the last decade, with Pocket PC. Windows Mobile reached Version 6 this year. Yet, no Windows Mobile-based cell phone has ever garnered near as much interest or fanaticism as iPhone. Microsoft and its partners can learn much from Apple—and not from the technology.

Microsoft also must ask how it can reclaim the past. Windows 95 generated excitement—that sense of history and belonging—the company has been unable to recapture. Microsoft needs to understand what Apple is doing right and apply the lessons.

The people turning out to buy iPhones yesterday made up one motley group—representing a broad swath of America. I saw in the line people of all races, ages and lifestyles. For example, near the front, waited a brawny Hispanic dude, with cut T-Shirt that exposed a praying hands tattoo on his upper right arm. He looked more like the kind of guy who works with metal, using his hands, rather than holding a pretty cell phone. Yet he was typical of the people waiting; they shattered geek stereotypes.

The line of strangers happily chatted, with me, with Apple employees and with each other. This moment gave them a sense of belonging together; of being a community and part of something bigger. In retrospect, I feel saddened they couldn’t have joined together for some better purpose than commerce.

Apple certainly contributed to that sense of belonging, of participation. The first person in line got there at 4 a.m.; the mall let him and others inside around 7 a.m. Apple store employees brought the line waiters bottled water, snacks and coupons for discounted coffee throughout the day. Employees chatted with customers, adding to the reverie.

An hour before the doors opened at 6 p.m., employees ripped off the paper covering the display windows and set clocks on the two, large iPhone displays to countdown the hour. When the store later opened, customers passed through a human alley of Apple employees, who cheered and clapped. The cheering and clapping resumed whenever iPhone buyers left or entered the store.

No question, Apple made iPhone buyers feel special, even for just a few moments, which, by the way, is a good tactic for endearing customers to the product or brand.

Earlier, before the doors opened, when I asked Apple fan Chris if he was really buying an iPhone to be “cool”, he admitted, “I do have my finger on the pulse of pop culture”. 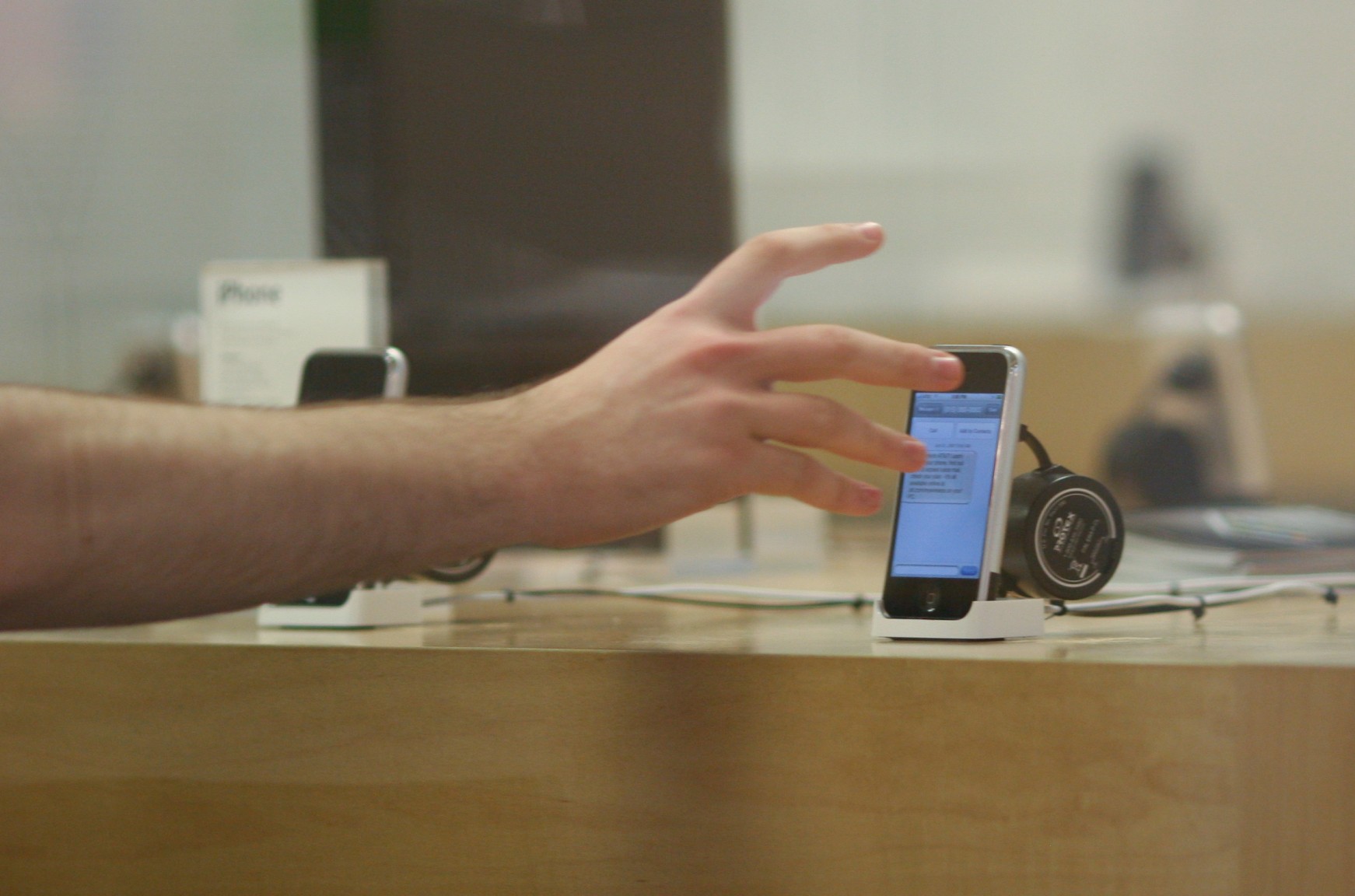 Being cool is part of belonging, too, if by standing out.

“We live in a world of gadget envy now”, said iPhone buyer Eddie. “There was a time when people judged you based on your clothes or what type of shoes you had. Now, it’s like what kind of cell phone do you have. All these people who are standing in line will be cool people for the rest of the week, while everyone else is upset, secretly fuming because they didn’t stand in line for one”.

For a little while anyway, those first buyers will know who they are, the community they belong to, by the iPhones they see each other use.

Later, after finishing the interviews and taking pictures, I went to the back of the line. There I chatted with a Microsoft solution provider, who more fit my stereotype of an iPhone buyer: Older, white male, who is very much into technology and gadgets. While installing and servicing Microsoft software is his living, the solution provider personally uses Apple products. He admitted using Windows XP on a Mac virtualized with Parallels.

We chatted for about 15 minutes, before getting to the front of the line and being ushered into the Apple Store. I got caught up in the moment, too.

Editor’s Note: The original version posted to Microsoft-Watch, which no longer exists. The story was restored with original date on Feb. 25, 2014.