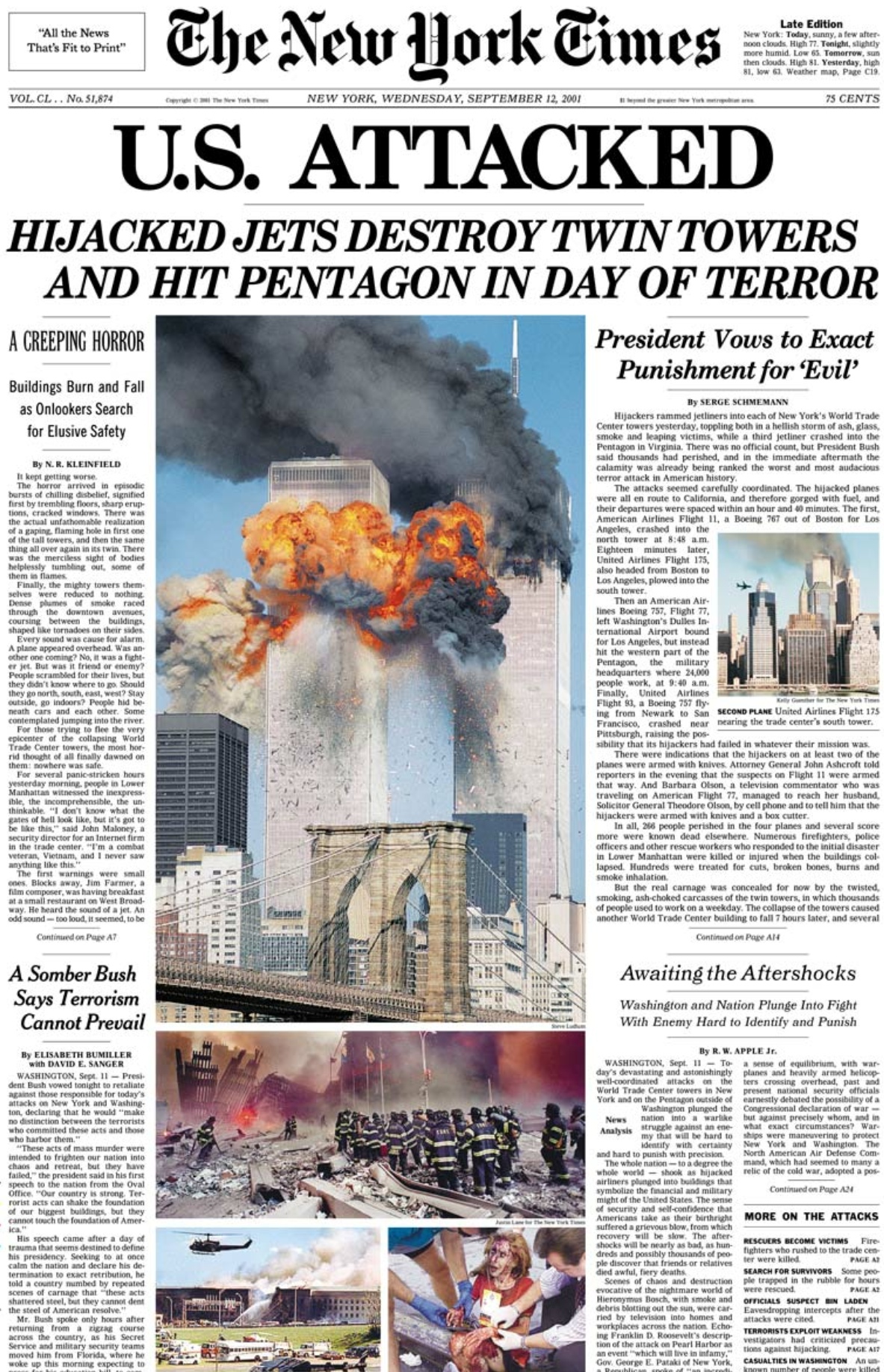 Would you pay a buck to read New York Times story, “A Cul-de-Sac of Lost Dreams, and New Ones,” online? I would. The quality of reporting—over many months—and presentation, which includes photos and video, simply isn’t easily reproducible by most free-content, commercial blogsites. Perhaps in an alternate universe, the Times charges online for this story, which I saw yesterday on iPhone 3GS and my wife today in the newspaper. We subscribe to the Sunday Times.

I’m increasingly bothered by the free, commercial Web, where somebody produces content given away but subsidized by something else, usually advertising. My problem is less the free content and more what little goes into producing it. Many blogs pay writers based on traffic. It’s a shark lifestyle. Sharks are constantly moving, persistently eating just to survive. They can never stop. Pageview-supported bloggers must constantly produce content to survive. Many could never stop to do the kind of reporting that makes the Times’ Cul-de-Sac story tour de force. The story, as told across several mediums, is magnificent journalism—and the kind not easily reproduced by the majority of commercial blogs, whether run by individuals or organizations.

Stories like this often require time commitment and qualified, salaried staff, but not always traditional news organizations. Some blogs, as they mature and make quality reporting and original content higher priorities, are less shark and more hawk—patiently surveying the landscape for prey. In April 2009, Gizmodo filled “Music Tech Week” with wonderfully insightful posts that show where—and how—blogging and traditional journalism can intersect: Original content. Gizmodo bloggers reminisced about “my first album” and explained “why the Beatles in mono rocks a lot more” or “the difference between $100 or $100,000 speakers.”

But the crowning story—the one worthy of some traditional journalism award: “Why We Need Audiophiles.” John Mahoney’s story begins:

This is Michael Fremer. He’s listening to ‘Avalon’ by Roxy Music on his $350,000 stereo system. It sounds excellent. He’s a bit crazy, but if you love music, you need him.

John’s profile isn’t just about the audiophile, but a meeting of generations—one man raised on vinyl records and the other on MP3s. They go oddly together, and surprisingly well.

Unfortunately, Gizmodo’s music tech series and some of the blog’s other original content is the exception and not the rule. Surveying many commercial blogs, I see that too much so-called news is nothing more than link traffic. Somebody writes something somewhere and a bunch of blogs report on the story or that some news site or other blog wrote such-and-such. Links often don’t even go back to the original content, but to some intermediary blog writing about the original source. Along this process of linking, there is little—and often no—follow-up reporting. The record stands, perpetuated by linked posts, without verification or correction. I suppose these bloggers should be praised for having so much trust in their peers. Yes, trust that no one would stretch things just a little to get more pageviews, many through links, and subsequently more advertising revenue (Oh, cynical me).

All this free, unverified, cross-linked information is killing traditional news organizations. Much as I’d like to portray them as victims, they are part of the problem. Traditional new organizations are host on their own petard, as the summarized phrase goes. “The follow” defined Twentieth Century news reporting. Perhaps the Los Angeles Times got a big scoop, or something less, and other newspapers rushed to follow the lead. They had to get the same story, too. In my experience working as reporter, the motivation was often less about readers and more about competition and editorial pride.

The follow would sometimes lead to unnecessary and, from a news perspective, undeserved feeding frenzies around events or personalities. It’s a practice I detest, and I often refused to, well, follow. I pissed off many editors by saying, “No,” to following the competition. On those occasions where I obeyed my bosses, my reporting would start from scratch rather than build on the original or following stories. Any good reporter knows that the follow often leads to misreporting, particularly if something wasn’t quite right with the first story. Original reporting can correct the official record but not the already spread misinformation.

Many commercial blogs practice Frankensteinian versions of the follow, by the aforementioned linking. These sites are parasites at worst and sharks at best. Most of them don’t produce original content other than the summaries they write about sources they link to. Either they lack the skills, time or wherewithal. Anybody can cut and paste. But not everyone can report and write good, original stories.

But the cut-and-pasters don’t care. They make their buck by getting up posts that catch search engines. Google search doesn’t distinguish between original and link-aggregated content. But some search engine should. Are you listening Microsoft? Why not do with Bing what Google won’t—or can’t—truly differentiate original from aggregated content.

Then there is the New York Times—the Grey Lady—which this post is supposed to be about. Newspapers’ problems are bigger than declining classified advertising or news organizations giving away valuable content online for free. It’s difficult to charge for something you produce at great expense only to have someone else summarize and redistribute the content for free. There is too much parasitic, aggregated free content produced for nothing competing with valuable content that costs money to produce. That’s where all these free-content, commercial blogs are killing traditional news and even new media types like Gizmodo (which don’t see the problem yet).

In June 2008, the Associated Press made big, splashy, negative headlines for asserting that blogs excerpting its content infringed its copyrights. I scoffed at the idea then, but no more. Businesses or people producing original content will never successfully sell it, as long as some else can redistribute the essence of the same content for free. The AP has a point about protecting content it charges for and costs much money to produce.

Related problem: There is no industry consensus, whether from traditional news or new media, on what to charge for valuable content online. The Times’ Cul-de-Sac story and Gizmodo’s audiophile profile are original pieces of content worth paying for. But how much?