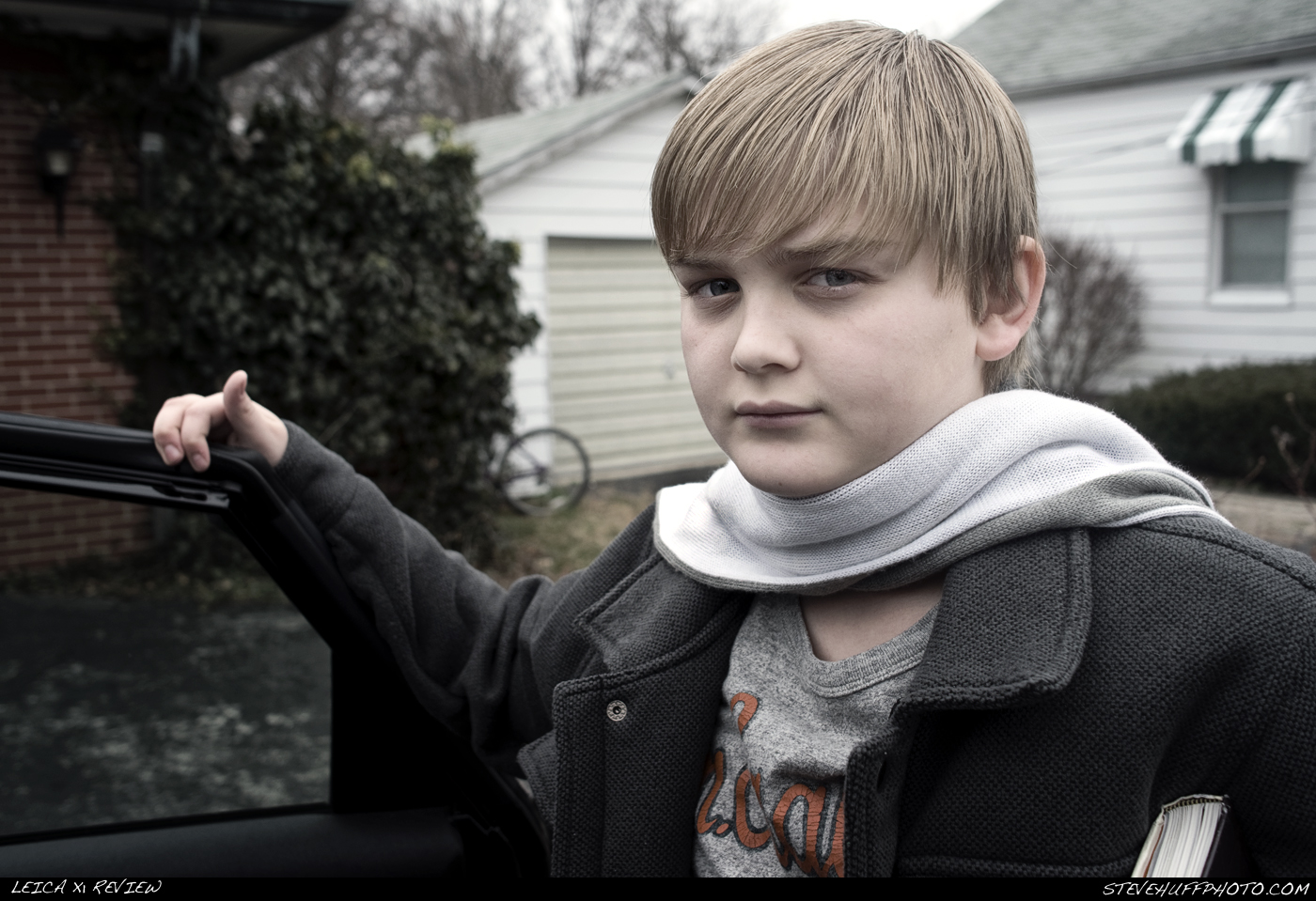 Over the weekend, I did some research on the Leica X1 compact digital camera, which is just now shipping. Digital Photogtaphy Review’s highly technical review gave the X1 mixed marks. I found Steve Huff’s X1 review to be much more interesting and useful—as it’s more real world. The amazing image above is the first taken by Steve using the X1; digital compacts simply don’t produce such detail.

Leica provided Steve with a loaner camera, which he used for about three weeks. Steve’s review is much more practical than most, because he steps away from the benchmarks and studio shots and gets down to real-world photography. Steve used the X1 alongside other digicams, like the Leica M9 (an expensive rangefinder) andOlympus PEN E-P2 (a micro four-thirds digicam). Many people considering the Leica X1 should also look at micro four-thirds alternatives, like the E-P2 or Panasonic LUMIX GF1.

At DPReview, Andy Westlake also compares the Leica X1 to micro four-thirds digicams. But Steve tells a better story: His wife must decide on keeping the Olympus PEN E-P2 or moving to the Leica X1. I won’t give away the story’s ending—no spoilers here! Storytelling is everything, particularly in this era of information overload. Personal touches, like his wife’s E-P2 or X1 decision-making and family photos, make Steve’s review a much better story and more believable.

Something else that really makes Steve’s review standout: His handling of the Leica press release. At a time when so many bloggers regurgitate company press releases, Steve presents Leica’s PR claims and then responds to each of them, based on his X1 experience. Outstanding!

By the specs, the Leica X1 is an amazing camera: retro-styling, 35mm-equivalent f2.8 Leica Elmarit lens, 12.2-megapixel dSLR-size APS-C sensor and compact size (124 x 32 x 60 mm dimensions and 306 grams weight with battery). Given the digicam’s diminutive size (compared to dSLRs), dSLR-size sensor and fixed 35mm-equivalent lens, there is question: Is the Leica X1 right for street photography? It’s a question every journalist should want answered. Andy and Steve offer answers that are best read than summarized be me.

I’ve been using the Leica D-LUX 4 as compact for general-purpose and street photography. The camera is surprisingly fast for a digital compact, at least using a Class 10 storage card. The D-LUX 4 costs much less than the X1, but it’s not a true Leica either. The D-LUX 4 is Panasonic guts with Leica lens and firmware. Steve reviewed the D-LUX 4, too.