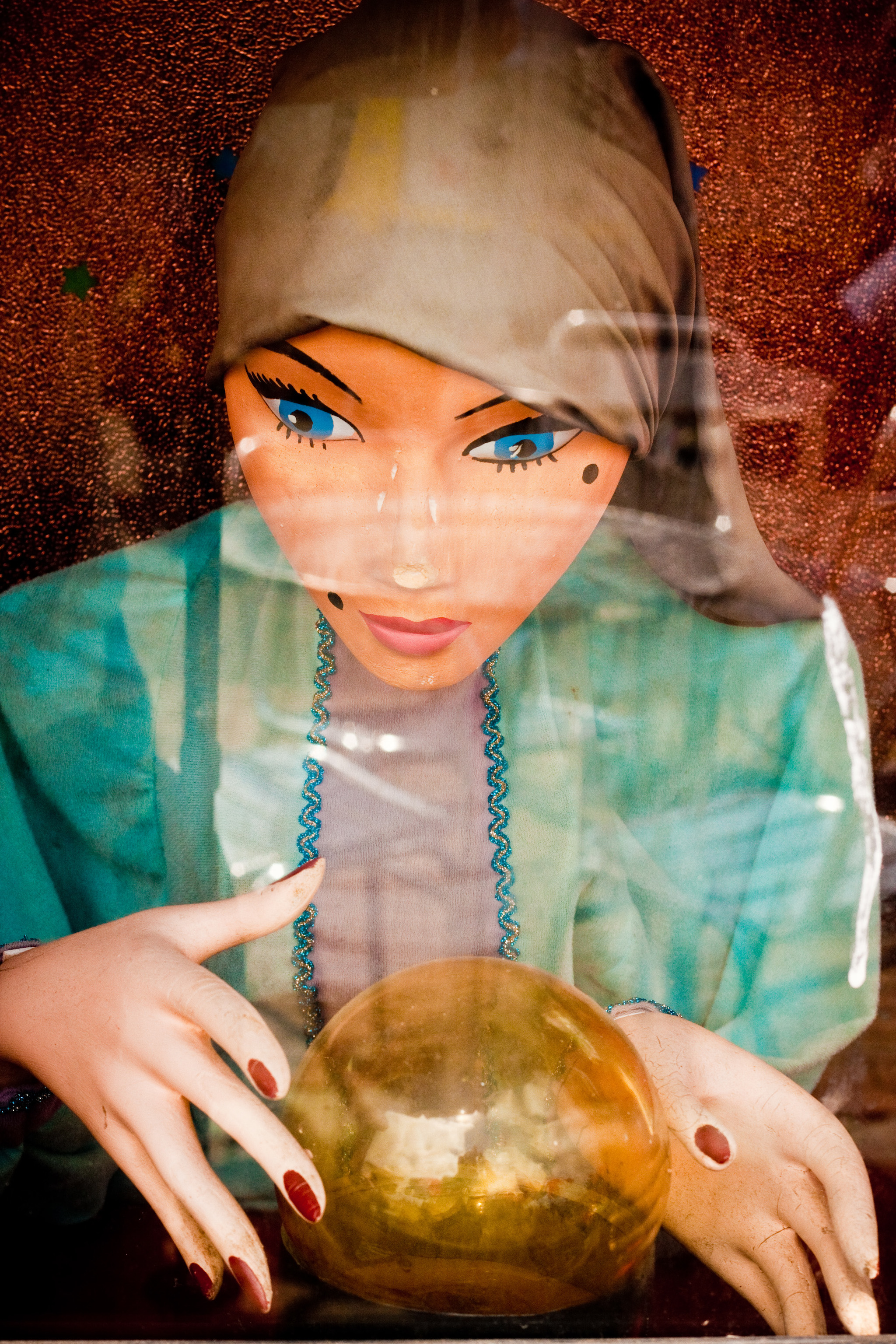 Sometimes the past feels all the more distant.

In November 2003, Jupitermedia held a small event competing with the then massive and now defunct Comdex. As a senior analyst working for the company, I was asked to give presentation: “Evolution of the PC.” The topic is so broad I griped: “Why don’t you just give me a bag of rocks and tell me to hit one of the great lakes.” So much about computing has changed since that presentation, the content seems simply ancient to me.

During the presentation, I spent some time talking about the importance of cell phones. At one point, I took out my mobile and explained how it had speedier processor, better graphics, more storage and faster Internet connection than my first home PC purchased in January 1994. I observed that the cell phone should be a boon to the kind of lighter-weight applications that ran in the tiny memory space of DOS PCs. 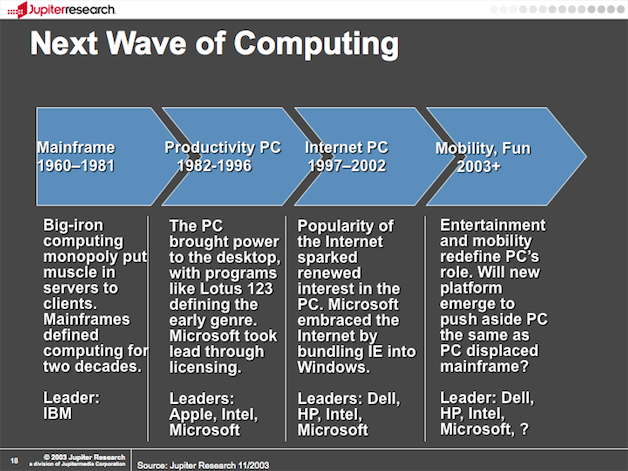 I’ve pulled two slides from the deck, pertaining to the future evolution of PCs. The first slide (above) identifies mobile and entertainment devices as likely successors to the PC (For editorial reasons—analysts aren’t supposed to be wrong—I was compelled to ask a question rather than make the assertion I wanted). The slide’s shortlist of leaders is dated. Apple isn’t among them, because its industry-changing role was a future to come. The iPod was just 2 years old and selling well, but nothing like it would from mid 2004 and beyond; iTunes Store only opened in April 2003.

The second slide’s title asks “Is the PC’s successor here already?” It’s a question I answered for the audience in context of smartphone and iPod—and to a lesser degree game console. I believed then, as now, that mobile phones would replace the PC in the next wave of computing. What I didn’t know then and simply couldn’t guess was Apple’s role. The next wave of computing is here, and iPhone pushed it forward from the June 2007 launch; or so I reflect as the first iPhone 4s arrive tomorrow. 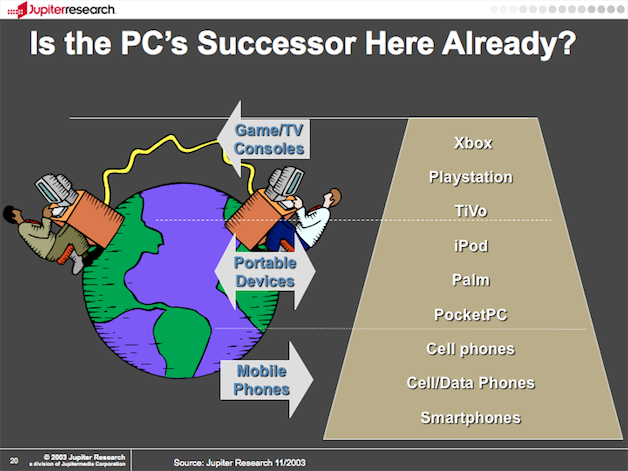 By the way, I want to totally distance myself from the godawful slide designs. They were stock Jupiter issue, and I was compelled to use them. I hated them. Passionately, and I’m glad to say so. I stripped out the corporate header and footer, as the company I worked for is gone.