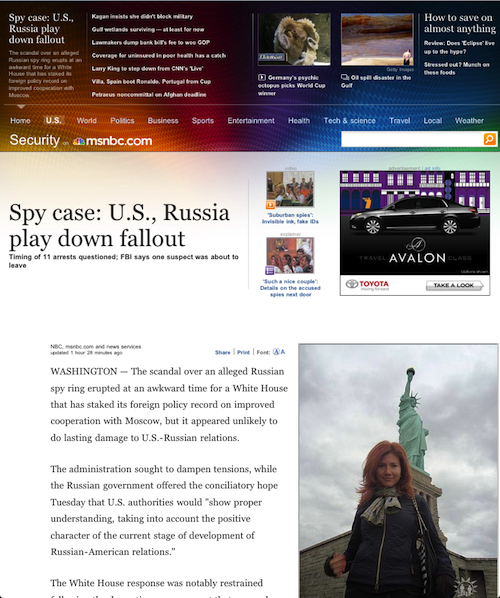 I can’t much imagine how MSNBC.com could have designed a news site seemingly more unfriendly to generating static pageviews—unless there is some secret Google gaming formula. The secret sauce is there, and I love it. MSNBC.com’s updated news site pulls readers in rather than sending them out.

Aggregators of the InterWeb game pageviews by driving people to click, click, click. Each click takes them somewhere else. Business Insider has got this method down to a science, using headline stories as landing pages to drive readers to other page(s) for fuller story or to multi-page slideshows. Tip: Whenever you see a slideshow, someone is trying to drive up pageviews. Slideshows are hugely reader unfriendly, which puts the site’s priority in perspective: Money, not news—and certainly not readers.

MSNBC.com seeks to keep readers on a single page, which means the site doesn’t get clicks that count as additional pageviews. It’s a much more reader-friendly approach, by providing the story, related stories and other media in one place. There are no confusing jumps elsewhere or forced click, click, clicks. The approach allows readers to immerse in the content, and they are more likely to remember what they read; distraction can disrupt the transfer from short-term to long-term memory.

The site redesign does something else, which is simply brilliant. Internet usage contributes to shorter attention spans and people scanning rather than deeply reading. Some news organizations have responded by summarizing news stories. For example, CNN.com bullet points “Story Highlights.” It’s a tradeoff that can lead people to read nothing more. By comparison, MSNBC.com provides full-text stories with color-coded markers that jump to topical areas within the same article or to additional media, such as videos. Stories are presented in part with tab to “Show More Text” and another “Show discussion.” The overall approach emphasizes the editorial content, which MSNBC.com paid someone to produce. Why pay to produce something people won’t read or remember?

Show Me the Money
Readers-first is a nice concept but can it be profitable in this era of Search Engine Obsession—er, Optimization? Absolutely. MSNBC.com’s approach is more likely to build audience and, more importantly, time spent on the site. Pageview-obsessessed blogs or news sites often miss the forest for the trees. If the goal is simply to make money, then pageview-gaming tactics are sensible for the organization (not that I approve of them). If the goal is to report news, and in doing so make money, audience and time online matter more. 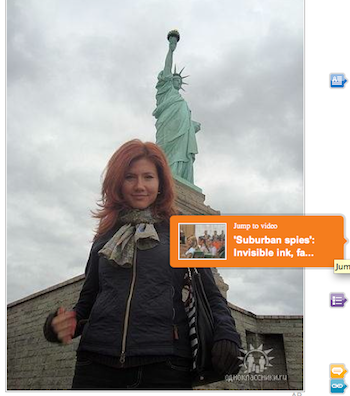 The amount of time readers spend on a site can be hugely beneficial to potential advertisers, particularly if ads change rather than statically display. Even if the ads don’t change, people will subliminally see them for longer time. Analytics firms provide time-online data in addition to traffic and pageview stats for a reason. By drawing readers in with richer, more self-contained stories, with the links to more immersive content, MSNBC.com should increase the amount of time people spend on the site. If successful, the approach would satisfy editorial and business objectives essential to keeping the site vital.

MSNBC.com rolled out the new design earlier this week, and I meant to write about it earlier (as the days-old screenshots indicate). The first screenshot was taken on iPad, which near as I can tell doesn’t support the page markers (could they be Flash?).

For all my praise, something troubles me. MSNBC.com now aggregates a shockingly large amount of content. Many of the news stories come from other services, such as AP or Washington Post. Aggregation hurts original reporting. Aggregation also diminishes the value of news, by generating more content—and much of it the same—than current online advertising models can sustain. The more news there is, the less valuable it is to advertisers (hence, they pay less for it). Additionally, there is more ad space than conceptually be filled. However, since aggregators are typically the worse pageview gamers, perhaps MSNBC.com has found a better. If all aggregators adopted similar approach, which requires more editorial commitment and resources, surely the news organizations and their advertisers and readers would benefit.

Do you have a news media story that you’d like told? Please email Joe Wilcox: joewilcox at gmail dot com.