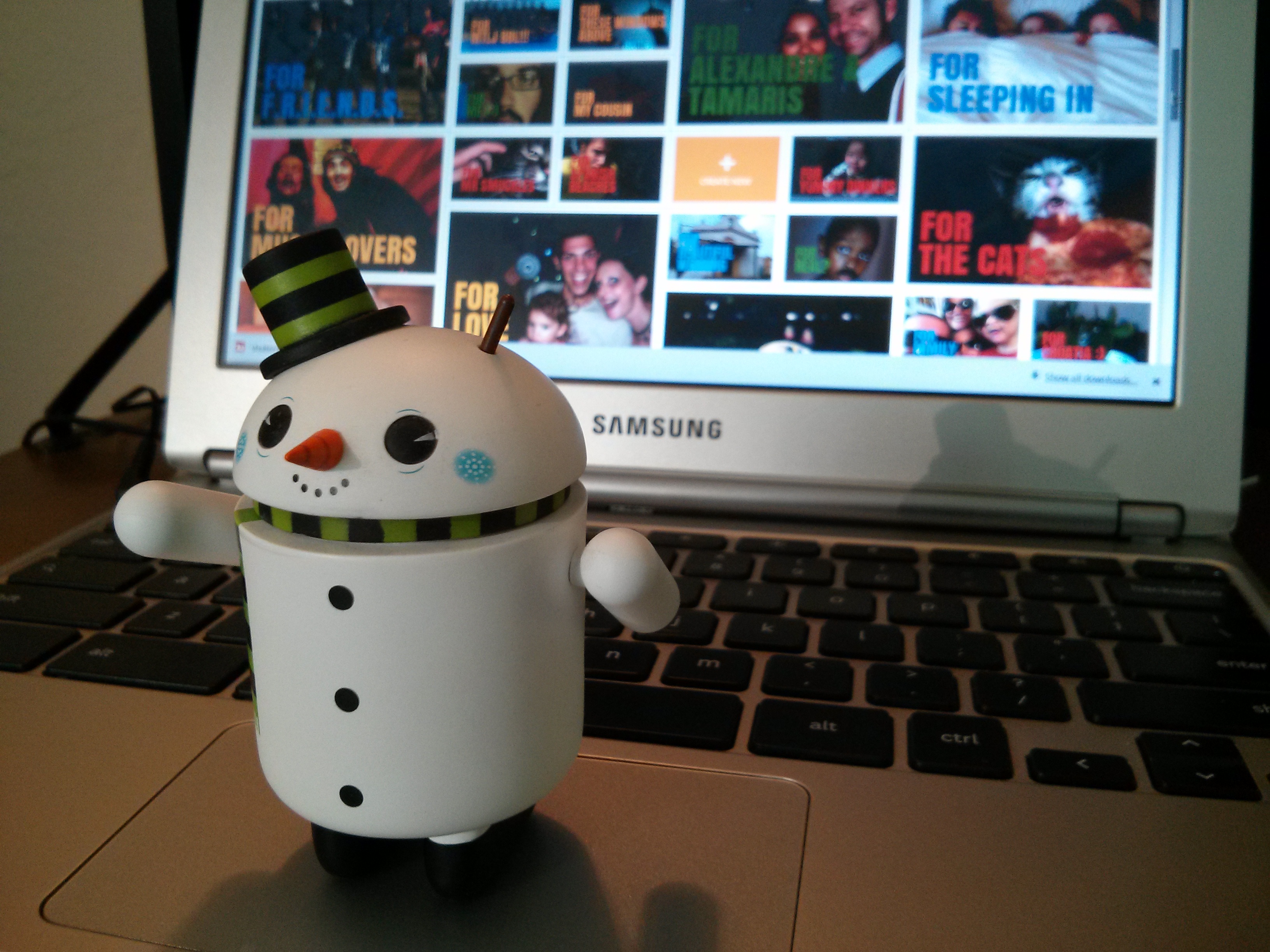 There are many ways here I will recount how Chromebook changed my life, but one demands more immediate attention. For more than a year before the 550 arrived, I felt unsettled about Apple’s relentless attempts to thwart innovation by litigation—those damn patent lawsuits. But I didn’t feel technologically empowered enough to do what my mind demanded: Boycott Apple. I planned to try by switching to an ASUS Pad 300 Android tablet in late May 2012. Google contacted me about Chromebook just as I prepared to start that journey. Six weeks later, I had replaced MacBook Air with Chromebook, iPhone 4S with Galaxy Nexus, Apple Mail with Gmail and generally abandoned my long Apple lifestyle—declaring independence on July 4th. My mom and wife use Chromebook, too.

Trial and Triumph
I first used Chromebook in December 2010, when Google dispatched 60,000 Cr-48 test models to willing early adopters. The portable challenged my concepts and compelled me to think more about storing stuff in the cloud and consuming more app services in the browser. Then the first commercial Chromebooks, from Acer and Samsung, launched on June 15, 2011. I tested one right away, but didn’t begin my next important journey until July 31, 2011, when I switched over to using the Chromebook as my primary, and later only, PC. I kept that up until the first week of October, when, because of disappointing performance, Chromebook retired.

The journey resumed in late May, as previously mentioned, and continues to this today. The 550 Chromebook is my only computer and delivers all the performance I need. But making the leap required shedding concepts. By the specs, Samsung’s second-generation Chromebook is hugely underpowered: 1.3GHz Intel Celeron 867 processor (dual-core); 12.1-inch matte display (1280 x 800 resolution; 300 nit); 16GB solid-state drive; Intel HD graphics; 4GB SDRAM; webcam; two USB ports; DisplayPort; WiFi N; 3G (on some models); Gigabit Ethernet; 4-in-1 media card slot; and Chrome OS. The operating system stack supports Bluetooth, which therefore can be added by dongle; I did for my wife, who demands a mouse.

I would never pay for a modern Mac or Windows PC specced this way, yet here I am happily moseying along on a Chromebook that performs handsomely. The portable boots up or wakes from sleep in seconds; recovers from crashes about as fast (not that there are many); and handles all the tasks I need from it, pleasantly.

Moving back to Chromebook was like putting on a new pair of shoes that fit right and offer adequate arch support, unlike the older pair. Chrome OS is as familiar as Google’s web browser, and I already had moved some of my life to cloud. Now I’ve taken up residence.

Before adopting the Chromebook lifestyle four months ago, I:

Cloud Cover
I chose to write about Chromebook today because of midway timing. Four months ago last week, I started this new journey while one year ago next week the old one ended. I’m miffed that, with my bad luck, over at The Verge Louis Goddard today posted “Life with a Chromebook: three months of love and hate in the cloud: Can one man survive without ‘Counter-Strike’ and Photoshop?” Timing is coincidental, damn it. His story popped up in my Google+ feed this afternoon, but I won’t read it until after posting mine. 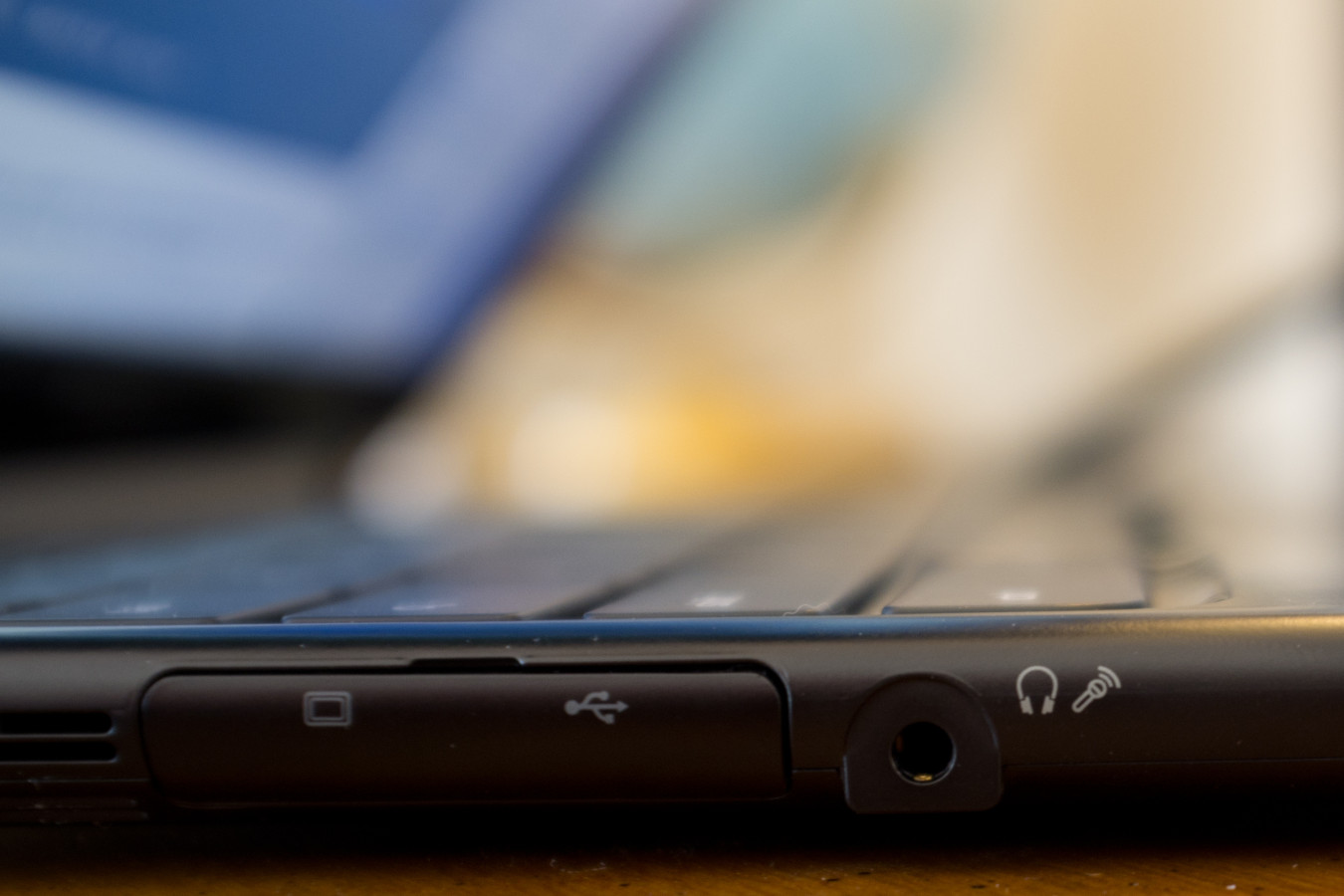 But his headline is good segue to applications. Under other circumstances, a Chrome OS portable wouldn’t be an option for me, and that easily could be the case for you. Chromebook is not for:

I don’t much game and don’t develop software. YouTube provides all the video-editing features I need. Cloud photo-editing apps more than meet my requirements, although they would better satisfy if supporting camera RAW. Most any software capabilities I need are satisfied by web services. AT&T U-verse provides nearly always-on Internet connection (there has been one outage, when all San Diego went dark, since our household started using the service in February 2008). I’m an easy Chromebook candidate today, but you might not be.

You can comfortably use Chromebook as an everyday business PC, as long as your stuff is accessible from the browser and supports Flash and adopted or open browser standards—of course, you need persistent web connection for most things (but not always as there are offline apps). Most people using a traditional PC would need constant connection, too. Google’s tight integration to its services and the surprisingly good choice of third-party web apps are major reasons why Chromebook can be good enough. Chrome OS satisfies all I need to do on a daily basis.

But that’s a simplification. I’ve used desktop software my entire computing life. Letting go concepts that cloud services couldn’t be enough proved challenging at first, particularly for intensive tasks like photo and video editing. My preconceptions limited how rapidly I received cloud benefits. Need helped me to push the limits.

For example, I process a good dozen images for BetaNews every day. That requires a photo editor, and to my surprise there are several good ones. I typically use iPiccy. There’s an Instagram extension, and I recently started using the clever and cute PicMonkey, too.

Typically, photo-editing is faster in a browser than in any desktop software I used on MacBook Air. Yeah, scratch your head at that—and think. In the cloud, the heavy computing is done on the server. With desktop software, your PC bears the burden. The difference is striking in other ways. As I type, 19 Chrome tabs are open, and Chromebook is as fast and responsive as if there was only one. iPiccy is among the open tabs, and I don’t see any performance hit from this or others with cloud services replacing desktop application functions.

Restating: Accepting this benefit meant a change of mindset. Because I had a firm concept about which experience should be better. That presented a barrier to my realizing the many cloud benefits or willingness to step from the perceived safety of earth—leap off the cliff, so to speak—into the cloud.

Jocular Journey
Chromebook is by no means perfect, just more than good enough for my particular computing needs. Google releases a new version of Chrome OS about every two months (soon after the newest browser build enters the stable channel). I’ve actually seen three updates since May, and each brought improvements or remedied quirks. Example: I had to crank volume control nearly full to get loud enough sound from my Bose speakers, now it’s good enough less than half way. Another example: Google Drive integration is available, from the file menu.

I’m not a big fan of the mixed desktop and browser motif, something Google introduced weeks before the 550 Chromebook released. The Chrome Web Store, which was laughable a year ago rocks today—and presentation is pleasant and much more navigable.

But Google offers the biggest benefits, as it improves other services and provides integration points to them. I want even more. For example, the only share option for photos is to Picasa. What about Google+ or other services?

Still, I am hugely satisfied with Chromebook. Battery life is exceptional, the matte screen readable outdoors in direct daylight and some models (well, mine) have Verizon 3G radios with 100MB free bandwidth a month.

But it’s not enough. In many ways, I like Android more and get huge utility from the even larger selection of apps and touchscreen devices. What I really want is an Android-Chrome OS. Perhaps that’s the next journey. Say, Google, can you take a hint?

By the way, I embedded the video above because the dad uses a Chromebook, and I relate. My daughter started college last month. But she won’t give up her four year-old aluminium MacBook.